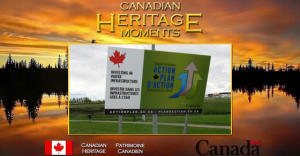 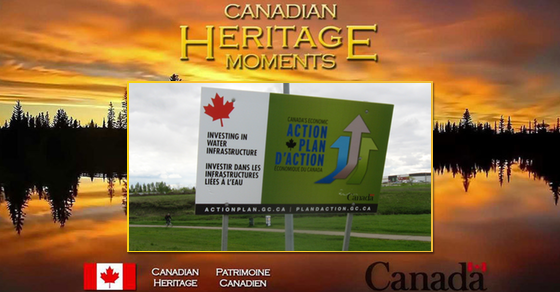 Harper’s Economic Action Plan signs may actually be here to stay. Forever and ever and ever…

Just when we thought we'd seen the last of those godawful signs...

Since election day, people across the country have registered their confusion and amusement that posters and billboards from the Harper government’s now infamous ad campaign are still up – often in the strangest of places.

They left up the (Conservative) Government Economic Action Plan sign on the Bentley polling station. pic.twitter.com/Y1z1m1eQue

From where I’m sitting I spy an old Economic Action Plan sign pic.twitter.com/263cY1jAx9

There’s still a “Canada’s Economic Action Plan” sign in the woods near my house, so there’s that. I’ll get u a pic https://t.co/flSFgHU7wJ

@BCheadle One of my favourite “Economic Action Plan” sign locations on the Toronto Islands: https://t.co/wiyJmGKctr

But despite new rules introduced by the Liberals, seemingly in direct response to the backlash prompted by the former government’s frequent use of partisan advertising, the Privy Council Office says it’s not the government’s responsibility to take down the signs.

Still more confusingly, the PCO, the bureaucratic wing of government that supports the Prime Minister’s Office, also told the Canadian Press that the signs never counted as advertising in the first place:

“Please note that project signage for funded projects is not considered advertising… Advertising consists of things like paid billboards and transit posters. Removal and disposal of signage is done by the organization leading the project…. Thus, any signage removal was/is undertaken by the funded organization in accordance with the contribution agreements.”

So if, as the government now says, these giant posters don’t count as advertising in the first place, does this leave a big loophole for the current government and its successors to run similar campaigns?

In the meantime, don’t expect that Economic Action Plan eyesore in your local neighbourhood, forest, or remote outpost to disappear anytime soon…