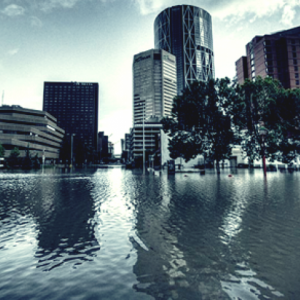 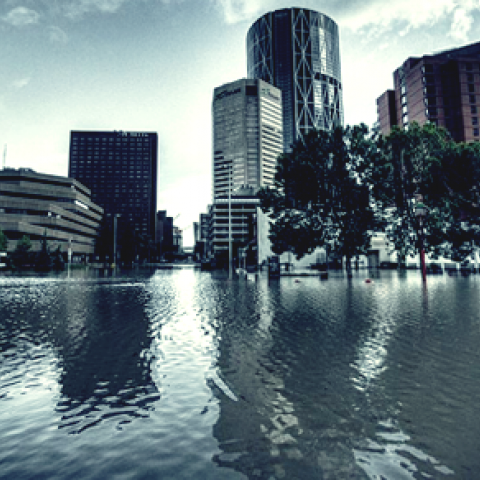 Fraser Institute: Flee your homes and cities in response to climate change (VIDEO)

Head for the high ground! The Fraser Institute is warning that Canadians may need to forsake their homes in low-lying areas of cities in response to floods induced by “naturally” occurring climate change that may also have “some human influence.” “It’s pretty clear that we’re not going to reverse civilization, we’re not going to walk away […]

Head for the high ground!

The Fraser Institute is warning that Canadians may need to forsake their homes in low-lying areas of cities in response to floods induced by “naturally” occurring climate change that may also have “some human influence.”

“It’s pretty clear that we’re not going to reverse civilization, we’re not going to walk away from the greenhouse gas emissions that accompany economic growth and our quality of life,” Kenneth Green, Fraser Institute’s Senior Director of the Centre for Natural Resources at the Fraser Institute, told Amanda Lang on CBC’s The Exchange on Monday. “What we need to be thinking about is where’s the actual risk going to manifest if it warms?”

Citing sea level rise and the devastation of flood plains, Green asked: “how do we respond to those things directly by fixing the incentives that lead people to put themselves in climatically fragile areas both in developed countries and developing countries?”

Green suggested that, “just stopping the subsidization of risk from flooding, where governments rebuild people in situ in the same place they were flooded out of and having real insurance markets that capture the full value of flood risk, would go a long way toward having people migrate away from those areas slowly and as the price rose.”

So, price people out of their homes? Abandon cities located on flood plains? Green was aware he was filming this segment from a studio in Calgary, right?

Can someone point me to the @kennethpgreen quote about a) not rebuilding Calgary or b) no govt help? http://t.co/YrhUC8xkKo @AmandaLang_CBC

Green responded, clarifying that he wasn’t necessarily arguing we abandon Calgary, but governments in general shouldn’t rebuild cities after they’re hit by floods:

@KennethPGreen @AmandaLang_CBC you said we should stop rebuilding people in situ after flooding w govt dollars, did you not?

@andrew_leach @AmandaLang_CBC Yes, but not specific to Calgary. It was generic to governments.