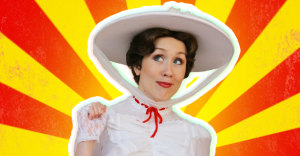 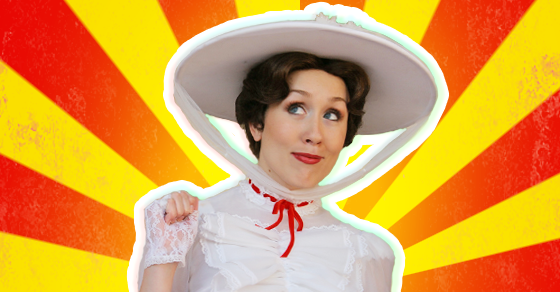 The Fraser Institute Senior Fellow points to "the celebration of the dancing chimney sweeps" as a reason to be suspicious.

Could a spoonful of sugar help seize the means of production?

According to a new blog post published by the Fraser Institute, the timeless story of Mary Poppins is about a lot more than “merry-go-round horses” and “fantastical rooftop dancing.”

Believe it or not, but the right-wing think tank suggests the story, beloved by children around the world, is actually “propaganda” that pushes an evil “political ideology” – communism.

Fraser Institute Senior Fellow Jonathan Fortier warns parents to be vigilant and not be distracted by Mary Poppins’ “magic” or “song and dance,” because something sinister is creeping beneath the surface:

“Some may remember the film for its magic, fantasy, song and dance. But I was struck by the film’s latent socialist ideas and its implied attack on bankers and investment.”

As evidence of Poppins’ “implied” communist sympathies, he points to a scene in the 1964 Walt Disney movie in which a young boy wants to spend his pocket change on birdseed when the owner of the bank encourages him to invest his money instead:

“Young Michael has two pence (‘tuppence’) that he hopes to use to buy some seed to feed the pigeons. But when the senior director of the bank gets wind of this, he’s told that he must invest the money, and not throw it away on making pigeons fat …

What’s so striking about this scene is that it has the opposite effect of what I imagine was its original intent. All of those things that wise investments produce actually are exciting, and if presented appropriately, should fire the imagination of a six-year-old boy more than a clutch of dirty pigeons.”

Between children wanting to feed pigeons and “the celebration of the dancing chimney sweeps,” you don’t have to be an expert at the Fraser Institute to connect the dots and figure out what’s really going on in Mary Poppins:

“Collectivism was not just political fashion, but heralded as the solution to a future of classless prosperity and financial stability. With the propaganda pushed by Russia and China, and the widespread infiltration of the Comintern throughout Europe and North America, communism increasingly came to be favoured by artists, writers and filmmakers. The criticism of the bankers and the celebration of the dancing chimney sweeps in Mary Poppins should be seen against this ideological background.

Unfortunately, many in Hollywood still suffer from a delusional commitment to collectivism—a political ideology that has created more human suffering than any other.”

Here’s a helpful visualization of how Fraser Institute connected the dots:

Unfortunately, the Fraser Institute didn’t offer the inside scoop on Mickey Mouse and Donald Duck.

But hmm. It sure makes you wonder.