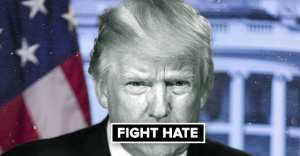 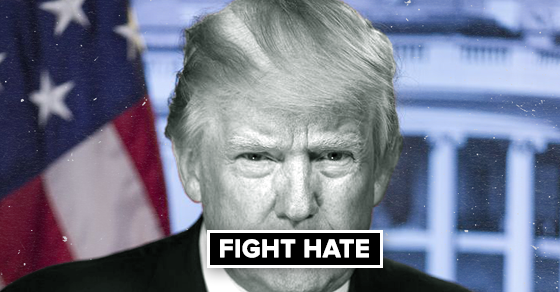 Fed up with Trump? Here are 4 ways Canadians can fight hate at home

Millions of Americans took to the streets in opposition to President Donald Trump’s executive order halting the entry of refugees and immigrants from several Muslim-majority countries this weekend.

With massive crowds forcing Trump to walk back parts of his ban, many Canadians were left wondering: what can I do?

After a terrorist attack Sunday night by a far-right white nationalist on a Québec City mosque left 6 Muslim congregants dead at their place of worship, it’s clear that Canada is not immune from the hatred and bigotry motivating Trump’s Muslim ban – constructive action needs to start at home.

Here are four ways Canadians can fight hate at home:

1. See something? Do something.

The everyday racism that gives rise to discrimination, hate crimes and terrorist attacks is always already rooted in our words and actions.

That’s why it’s important to actively challenge hate wherever we see it – here are a few suggestions from Australia’s Human Rights Commission on how to push back against everyday racism:

• When you see racism directed at someone you know: Either speak up and intervene or remind them about their rights under the law or workplace harassment policies.

• When you see racist behaviour in public: If it’s safe, speak up. If it’s not, call the police.

• When you see racist material online: Report it. Both Facebook and Twitter have policies prohibiting hate speech – use their built-in forms to report content that spreads hate. Similarly, you can report websites that spread hate if they run ads with third-party services like Google adsense either by reporting it to Google or contacting the company directly.

2. Build the infrastructure to fight hate

Following Trump’s Muslim travel ban, organizations like the American Civil Liberties Union have seen an unprecedented surge in support to defend the rights of Americans in court.

While individual action is important, organized action is even more important – supporting NGOs and community groups that work directly with refugees and immigrants is the most effective way to fight hate and defend civil liberties.

If you can afford it, contributing to local and national organizations goes further than you might think.

According to a 2013 Statistics Canada survey of 27,000 Canadians, nine in 10 Canadians identify diversity as a shared Canadian value.

Despite what those results suggest, Canadians often look the other way when it comes to our own problems with systemic racism – are the silent majority of Canadians just too darn polite to stand on guard for the Canadian Charter of Rights and Freedoms?

Monday night there will be vigils to stand in solidarity with the victims of Sunday night’s terror attack in Québec City, Montréal, Ottawa, Toronto, Vancouver, and across the country.

Why not go and stand up for the rights and freedoms of your fellow Canadians?

4. Put pressure on your MP

One of the most important things anyone can do is make sure our elected political leaders hear your voice.

This portal on the House of Commons website will locate and provide contact details for your MP in less than 30 seconds.

What should the Government of Canada do in response to Trump’s Muslim ban? Here are a few concrete ideas Broadbent Institute founder Ed Broadbent put forward Sunday that you can push for when speaking to your local MP:

Prime Minister Justin Trudeau is tip toeing around Trump’s travel and immigration ban. That needs to change. Demand he call hate exactly what it is: hate.

7. Second, @JustinTrudeau must lift the cap on private sponsorship of refugees /eb #cdnpoli

The federal government has imposed a cap of 1,000 on private applications to sponsor refugees from Iraq and Syria for the coming year. Despite Trump’s executive order, the government has also indicated it will not increase our overall intake of refugees.

Canada should withdraw from the agreement.