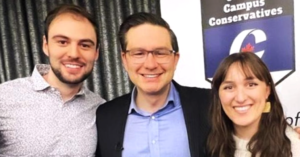 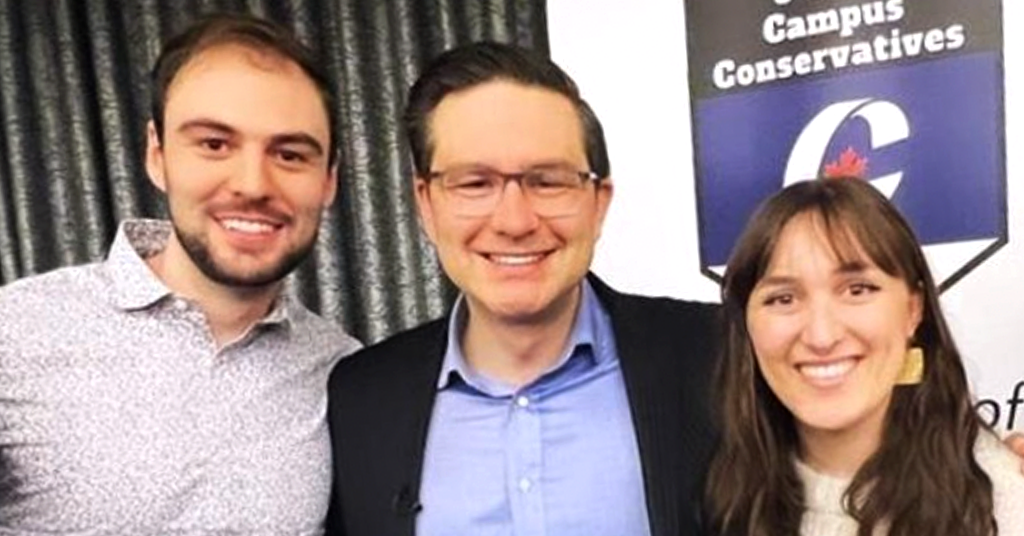 A group of Manitoba students who participated in convoy occupations in both Winnipeg and Ottawa has ties to the CEO of one of Manitoba’s largest corporations.

Students Against Mandates is a Manitoba-based student group founded in 2021 to oppose COVID-19 vaccine mandates on campuses. SAM organized petitions and lawsuits against multiple post-secondary institutions in the province and participated in convoy occupations in Winnipeg and Ottawa. 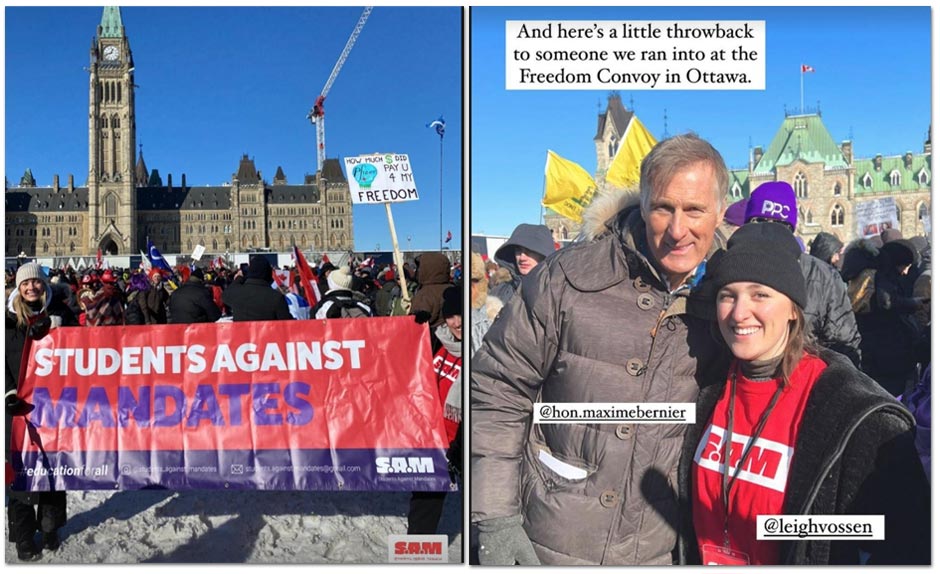 Curt Vossen, Leigh and Kelcey’s father, has been president and CEO of Richardson International since 1995 and is currently chair of the Manitoba Business Council.

During the first wave of the COVID-19 pandemic, Vossen was appointed chair of the  Premier’s Economic Opportunities Advisory Board to guide Manitoba’s pandemic recovery that recommended in 2020 the province “immediately position itself for the purchase of adequate supplies of materials for potential vaccines and medicines.”

Richardson International is the agriculture and food processing division of James Richardson and Sons Ltd, a $9 billion private company with origins older than Canada itself, making its owners, the Richardson family, one of the wealthiest families in the country.

7. Blood and grain dust: Inside Western Canada’s wealthiest dynasty — and the question of who will run it next /via @globeandmail https://t.co/tkFpF5tyWf

Vossen added that questions about whether the company’s resources were used to support SAM’s activities are “not relevant and have no connection to Richardson International.”

Students Against Mandates, which also lists Kelcey Vossen as its media contact, did not respond to a request for comment from PressProgress.

At least one of the Vossen parents do appear to be supportive of the group’s mission.

In a video of a SAM protest at the University of Manitoba in January livestreamed on Facebook by a local far-right extremist, Leigh Vossen explained that her mother, Catherine Vossen, was an active supporter of the group.

“Got my mom over here attempting to hold up a sign,” Leigh says in the video. “We got great family support.” 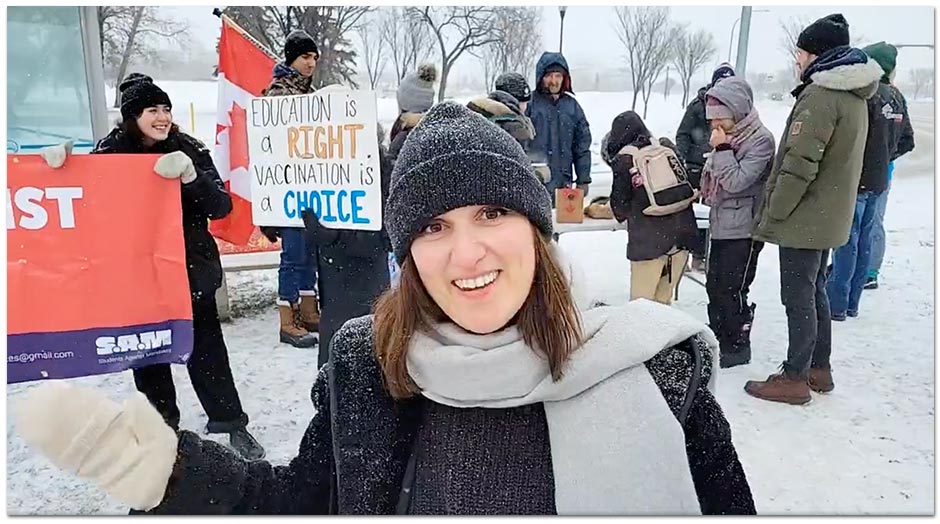 In addition to participating in the convoy, SAM members have formed extensive networks in the conservative movement across Canada and the US.

In April, Leigh and fellow SAM members Brandon Paradoski were interviewed by libertarian economist Jeffrey Tucker. Tucker helped produce the Great Barrington Declaration which argued that COVID-19 should be allowed to circulate freely among “low risk” populations without masks or vaccines until herd immunity is reached. The Declaration was endorsed by the Trump administration. However, many health experts criticized the Declaration calling it “callous, dangerous nonsense.”

In June, Paradoski wrote an article for the Frontier Centre for Public Policy, a Winnipeg based think-tank known for calling the horrors of residential schools a “myth,” which praised a document written by prominent former right wing politician Preston Manning.

Leigh, Kelcey and other SAM members also appeared in a photo with Conservative leadership candidate Pierre Poilievre at a Manitoba Conservative Club event in April. 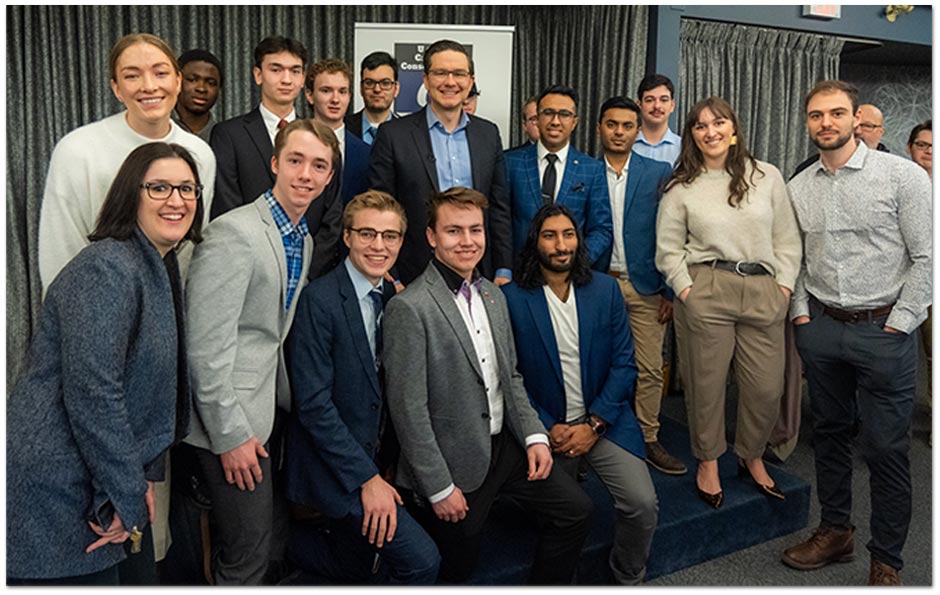 Leigh has also posted photos of herself and other SAM members with Conservative leadership candidate Roman Baber and People’s Party of Canada leader Maxime Bernier.

Leigh has also appeared several times on the Facebook livestream of a local far-right figure who was previously openly affiliated with the Proud Boys and co-organized large anti-mask rallies in Winnipeg (the Proud Boys are now legally designated as a terrorist entity in Canada).

In a video interview hosted on their livestream last year, Leigh complained that she has been “silenced” and “cancelled” for her views on vaccines.

Leigh added that while what is currently happening to “the unvaccinated” is not “comparable to what the Jewish people faced” under the Nazis, she believes “there are many parallels between what is happening now and the events that led up to the atrocities of the Holocaust.