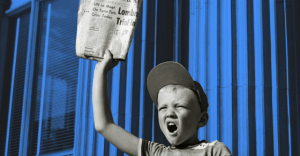 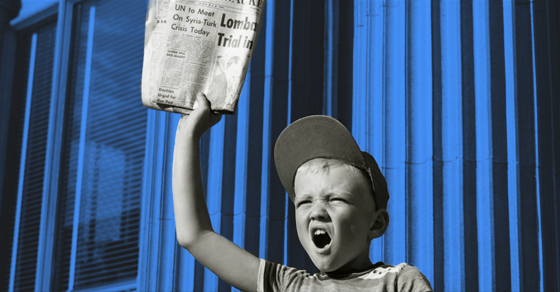 Extra, extra! More Canadians than ever don’t even follow the news

What does it say when an increasing number of Canadians don't even follow the news?

They say democracy relies on an informed citizenry.

So what does it say when an increasing number of Canadians don’t even follow the news?

New data released by Statistics Canada shines a light on changing patterns in how Canadians follow the news and current affairs – and maybe the biggest change is a growing number aren’t paying any attention to the news. On average, older Canadians are more likely than younger Canadians to follow the news closely. Yet the number of Canadians who say they don’t follow the news increased in every age group.

Among those aged 35-54, the number who don’t follow the news also doubled from 6% to 12% and it increased ever so slightly by one-third (2%) among those aged 55 and over. Another factor to think about is the changing media landscape.

After recent announcements of layoffs and newspaper closures, it may not surprise anyone to learn that the number of Canadians who get their news from a newspaper dropped from 69% in 2003 to 51% in 2013.

The only type of media that saw an increase was the internet – the number of Canadians who say they follow news online increased from 30% in 2003 to 59% in 2013. On the other hand, with so many different ways to get news available at our fingertips, it’s not as if anyone’s lacking in options these days.

So what’s the real reason fewer and fewer Canadians seem to be engaged with the news?

StatsCan doesn’t have much to say about that, but pointing to age or the changing media landscape might be too simplistic an answer on its own.