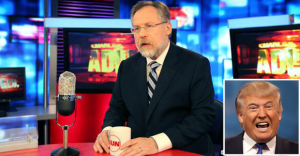 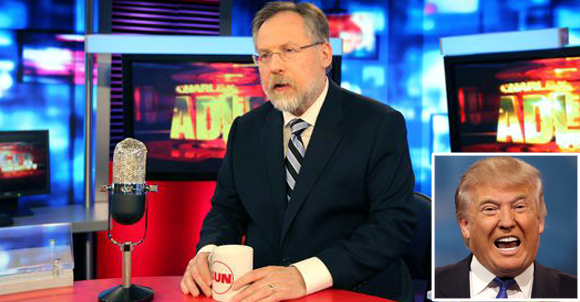 "I don't see vulgar language and hateful group stereotyping as politically incorrect. I see those kinds of rhetorical behavior as intellectual laziness of the highest magnitude"

If anything good is coming from the rise of Donald Trump, it might be that it’s causing the Canadian Right to think about the words they use.

Reflecting on “an American icon who regularly dishes out the vulgar in the name of being politically incorrect,” the former host of a nightly program on Sun TV – a network criticized for broadcasting “on-air racist hate speech” and vilifying marginalized groups – now says the label “politically incorrect” is being used by “lazy” people to justify the use of vulgar language and hate speech.

“Over the years many of my listeners/readers have contacted me about the term politically incorrect being used by people with low values as a shield they hide behind to deflect criticism,” Adler wrote on his blog this weekend.

“Saying that you’re just being politically incorrect is saying nothing of value to people who are too mature or thoughtful to take seriously your intellectually lazy excuse for gutter language.”

And Adler goes on:

“I don’t see vulgar language and hateful group stereotyping as politically incorrect. I see those kinds of rhetorical behavior as intellectual laziness of the highest magnitude, especially when it comes from educated people who do not speak that way privately with people they truly respect. When people say truly barbaric things, engage in gutter language toward fellow human beings, and offer the ethically worthless excuse that they are simply being politically incorrect, they are counting on people with similar biases agreeing with their language in the name of freedom of speech.”

Now, if only Adler’s former colleagues would listen…