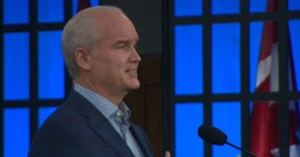 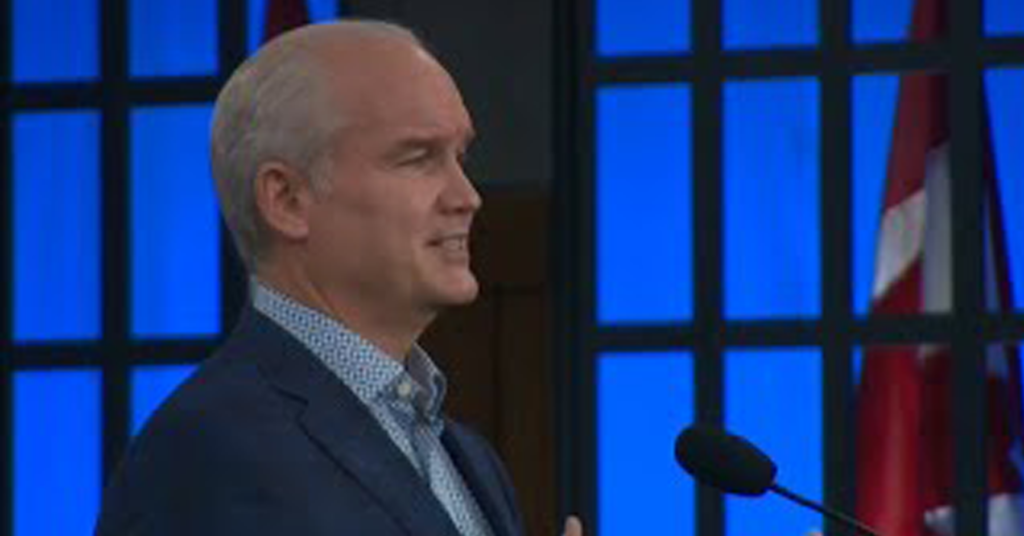 Erin O’Toole’s Plan to Give Workers a Seat on Corporate Boards is a ‘Superficial Token’, Labour Experts Say

Conservative leader Erin O’Toole’s proposal to include workers on corporate boards would make “no significant change” in how those corporations treated workers, labour experts say.

On Monday, O’Toole announced that, if elected, the Conservatives will require all federally regulated corporations with over 1,000 employees or $100 million in annual revenue to include worker representation on their boards of directors.

O’Toole says this policy will allow workers and employers to “meet as equals” and allow workers to “support the long term success of their employer and industry and ultimately their own financial security.”

But labour academics aren’t so sure. 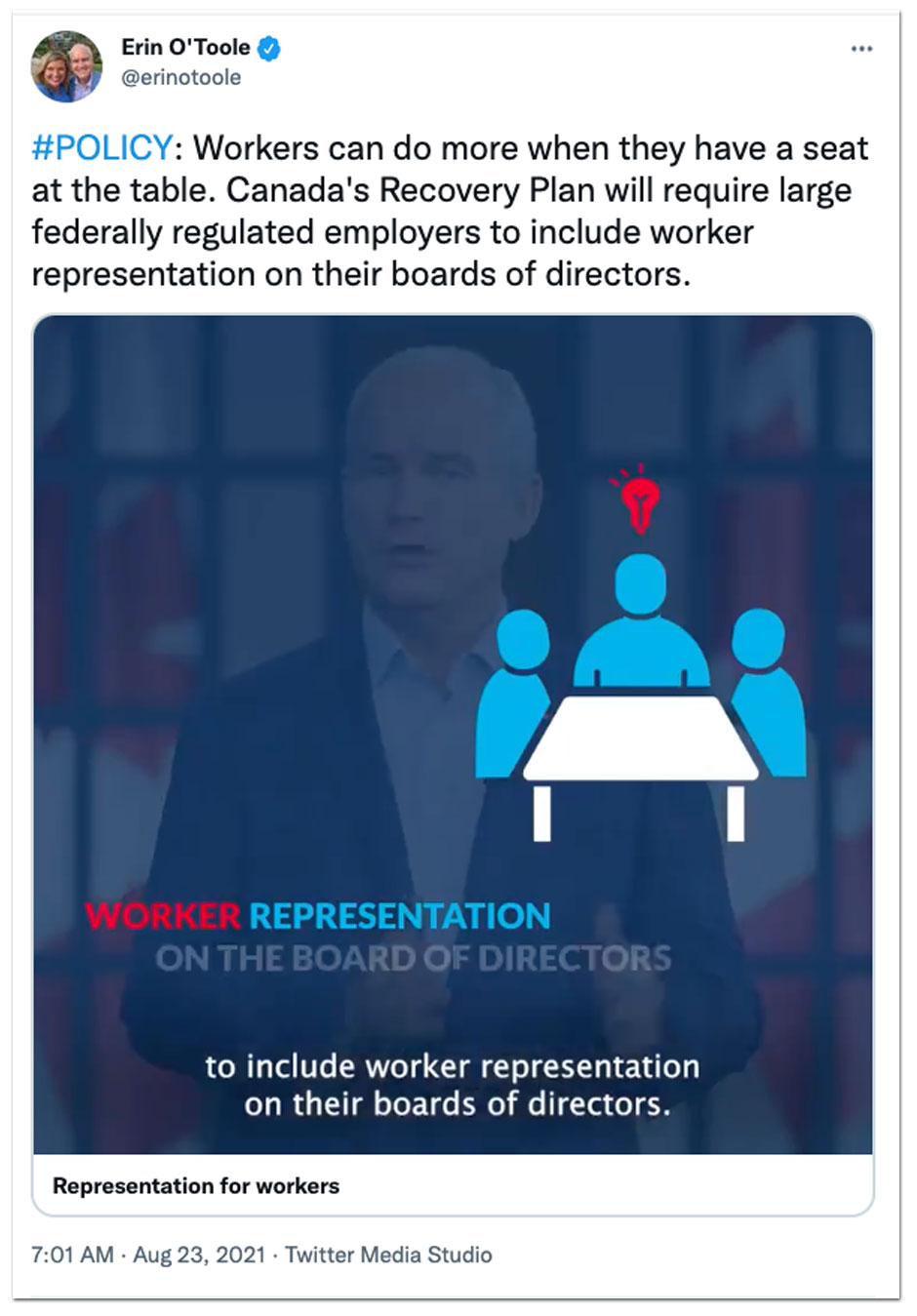 Camfield also disagrees with O’Toole’s assumption that the interests of workers and large corporations are fundamentally aligned.

“O’Toole is trying to portray himself as “worker friendly.” But he and his party are hostile to unions, or at least to unions that recognize that workers’ interests are different from those of employers. Unions need to be independent workers’ organizations,” Camfield said.

“They’re hoping to get more working-class people to vote for them by offering a basket of policies that’s a bit different than what they’ve offered before — mostly pro-employer, with a few small gestures to unions.”

“Worker representation on corporate boards is not a new concept,” Savage told PressProgress. “Rather, it reflects a corporatist approach to labour-management relations that is more prevalent in a number of European countries.”

Worker representation on large corporate boards is structured differently across Europe. While boards in France only require one worker, a number of others, including Austria, Germany, and Norway, require one-third. Former UK Labour leader Jeremy Corbyn previously campaigned for one-third representation on the boards of British corporations.

In Germany, if a corporation has over 2,000 employees, workers must make up half of the board.

O’Toole’s policy does not specify how many worker seats would be mandated in his policy or how workers would be selected.

“In making this proposal, O’Toole is clearly fishing for working-class and union voters, but it’s all smoke and mirrors. He’s not addressing any of the real issues that account for the huge disparity in power between employers and workers,” Savage said.

“Real voice at work is realized collectively through strong union representation and comprehensive workers’ rights, not through token labour representation on corporate boards.”

O’Toole portrayed his policy proposal as an olive branch to labour unions, remarking that he has “the same goal as many union organizations.”

However, O’Toole personally supported the Harper Conservatives’ anti-union Bill C-377, which attempted to give management an advantage over workers by subjecting them to unconstitutional financial requirements, as well as the union-busting Bill C-525, which made it more challenging for public sector workers to unionize by removing card-check certification and introducing secret ballot voting.

The Conservative Party of Canada’s official party policy also includes American-style “right-to-work” legislation, although it is not mentioned in O’Toole’s 2021 election platform.

“Workers in US states where right-to-work laws are in place earn less and have fewer protections than workers in non-right-to-work states,” Walker and Regis-Wilkins note.

“Mr. O’Toole not only voted to strip away the rights of workers, when he had the chance to reverse these damaging laws, he refused,” said Bea Bruske, the president of the Canadian Labour Congress, in a statement.

“Mr. O’Toole’s record is one of attacking workers and weakening unions,” Bruske said. “His opportunistic rhetoric and empty promises today do nothing to change that.”