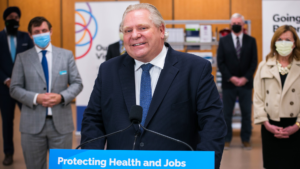 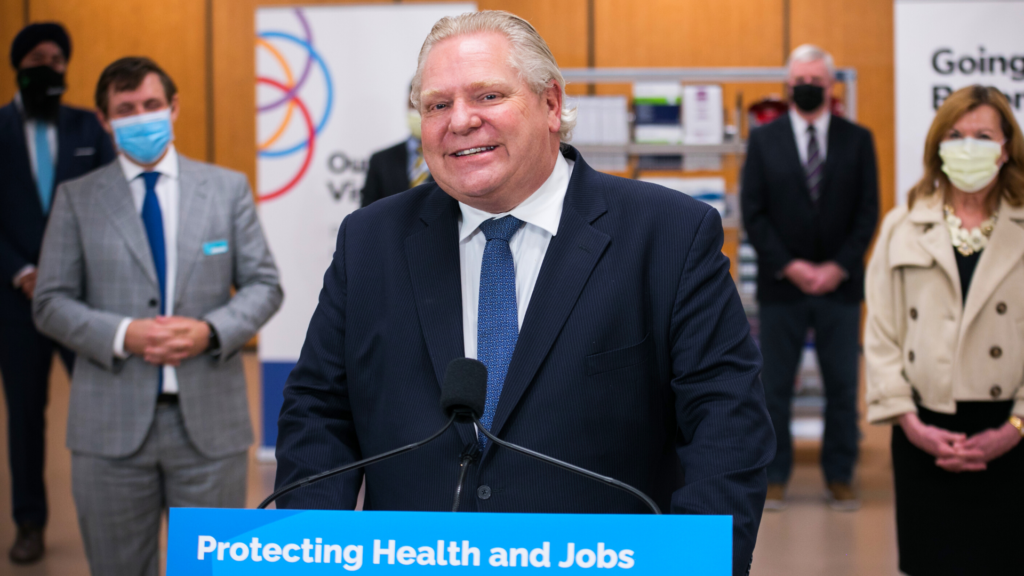 Shortly before the legislature broke for the summer, Ontario Education Minister Stephen Lecce promised the public that the Ford government would redouble efforts to stop kids and school staff from getting infected by COVID-19, pledging new investments to hire nurses and an “enhancement” of classroom cleaning protocols.

Back in April, the government acknowledged schools were “the sources of more outbreaks than workplaces or any other location.” The COVID-19 Delta variant, meanwhile, was noted by experts to put kids at even greater risk.

But, according to data released by Ontario’s Financial Accountability Office on October 6, the Ford government is actually planning to spend $133 million less on “support for the safe re-opening of schools” than it did in 2020.

The line item, the FAO notes, which covers “funding to support the implementation of public health protocols in schools” received $702 million in 2020-21. This year, the province is budgeting $569 million in 2021-22,.

That’s a reduction of about $133 million.

At the same time, according to the report, local school boards have spent $391 million from their reserves — that is up from $244 million last year.

Fred Hahn, President of the Canadian Union of Public Employees Ontario which represents custodians and other school staff, said the Ford government appears to be downloading costs for safe schools to school boards themselves.

“School boards, in order to provide the supports that students and families need, are having to use their reserves,” Hahn told PressProgress. “And it’s why some boards are tapped out and those with some reserves left are spending them now.”

“We understand the roles schools play in our communities and if there aren’t sufficient mechanisms to keep kids safe in schools that will have spillover effects not just for kids but for communities. It’s beyond comprehension that we’re talking not just about a lack of additional investments but about cuts.”

“Our members in schools and many others have been trying to point out the cuts to school budgets the Ford Conservatives have been perpetrating,” Hahn added.

Previously, the FAO disclosed that the Ford government was planning on cutting education spending by over half a billion dollars.

Neither Ontario’s Ministry of Education nor the Ministry of Health responded to requests for comment from PressProgress.