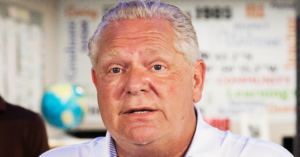 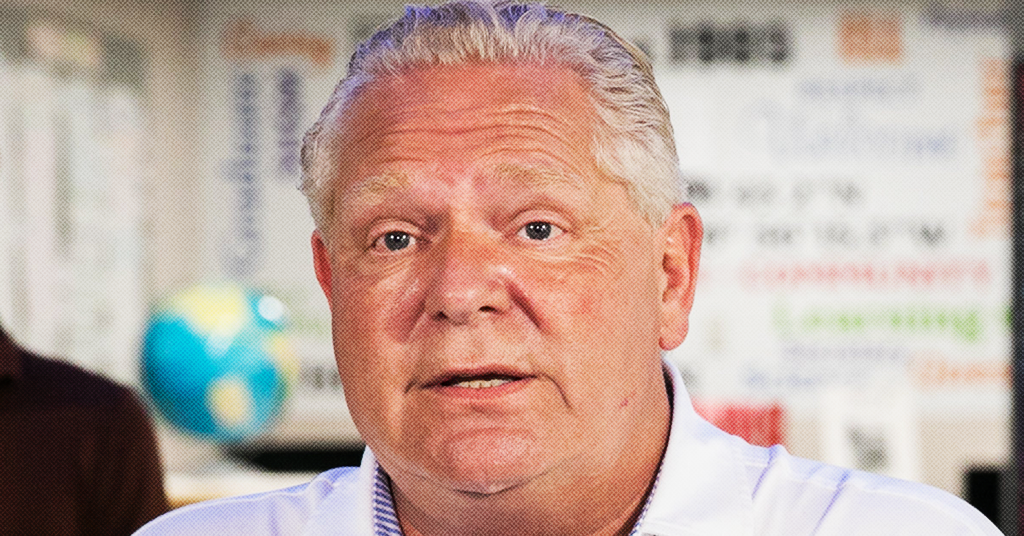 Doug Ford’s plan to force Ontario school boards to use 2% of their savings to help hire extra staff could deepen inequalities across the province — making some students less safe based on where they live, advocates say.

A leaked memo from Education Minister Stephen Lecce to Ontario school boards newly obtained by PressProgress shows boards without reserves may be “topped-up” to a maximum of $11 million. But the boards the ministry tops up won’t qualify for any portion of the government’s $30 million fund for staffing — to reduce class sizes in areas with higher rates of infection. 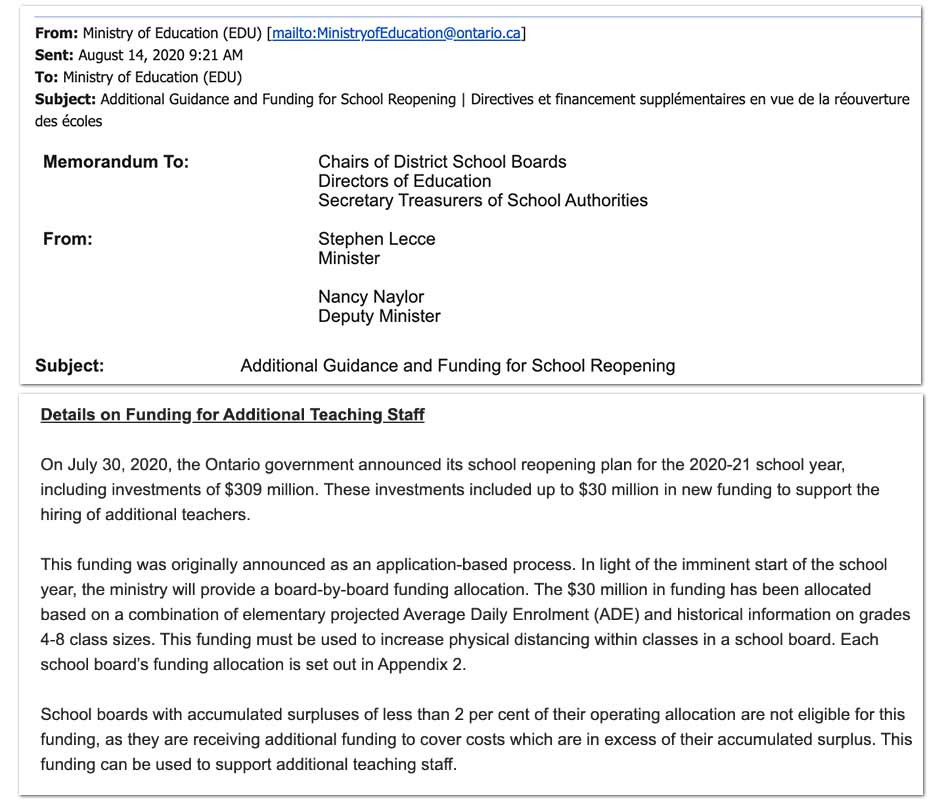 Annie Kidder, Executive Director of People For Education, said the Ford government is creating inequalities across the province that could put student safety at risk.

“What this does mean is continued inequity across the province,” Kidder told PressProgress. “Boards with bigger reserves have more funding to deal with it.”

“There needs to be funding from the provincial level,” Kidder added. “The government has said school boards should try to cobble together enough funding in order to meet the health requirements that have been stated very clearly by experts.”

The Ontario Catholic School Trustees’ Association similarly noted: “Beyond the obvious responsibility of the Provincial Government to adequately fund all costs associated with school re-opening, the decision promotes significant inequities among school boards and the students they serve.”

Ontario Secondary School Teachers Federation President Harvey Bischof agrees the plan will leave some students more at risk than others.

“It absolutely does lead to disparities,” Bischof told PressProgress.

“If you are a student, a teacher or a parent in a board that hasn’t been able to create that reserve — what is it about that circumstance that therefore means you should be less safe moving forward? The responsibility is falling entirely on the wrong party here.”

And the $496 million the government claims exists isn’t spread equally.

Researcher Hugh Mackenzie told PressProgress thaty the data table suggests up to 40 of Ontario’s 76 boards have total reserves of less than 2% of their operating grant.

“The allocation varies significantly on a per-student basis among school boards with no relationship between funding and needs. Students at some boards — and their families — will be at greater risk than those at others,” Mackenzie said.

“At the target of 2% of base operating budgets, funding will support only a minimal adjustment to conform to provincial standards and leaves no flexibility to adjust to changing circumstances.”

“Minister Lecce’s announcement unlocked $10 million extra that we had in reserves,” TCDSB trustee Norm Di Pasquale told PressProgress. “ In total, we have about $50 million in reserves, $20 million of which is tied up in future projects.”

“The current funding would likely be viewed as insufficient by many of our school communities or labour partners to mitigate risk to an enhanced level,” the spokesperson concluded.

Under the current plan, some of Ontario’s 76 school boards appear to have accessible reserves of less than $1 million. They include:

While many of the board with lower reserves also have lower enrolment, none have abundant funds to deal with the pandemic, Kidder explained.

“The reserves reflect numbers of students but no boards are over-funded relative to their need,” Kidder said. “Many boards in the north have very very high needs — they are underfunded because they have many small schools, they struggle to provide support for students in Northern boards. Some of them have no access to support staff and social workers, there are no boards in Ontario that are sitting pretty.”

“With schools set to reopen in just over three weeks, it will be extremely difficult for school boards to put any additional funding to use prior to the first day of school. Through prudent budgeting, many boards across the province have, over time, established small reserve funds. That being said, in many circumstances these reserves have already been designated for other high-priority initiatives or unanticipated expenses.”