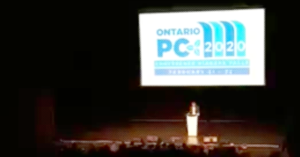 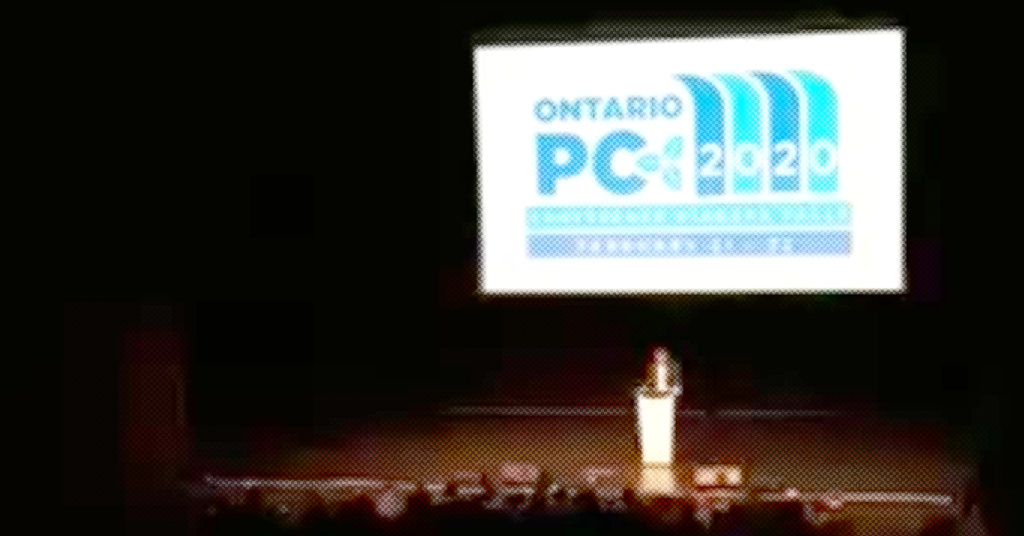 Doug Ford’s campaign manager told a closed door room full of party loyalists they will be “ridiculed and misrepresented” by the media and suggested those protesting Ford are just upset they can no longer get “fat” off the government.

Speaking at the Ontario PC’s policy convention in Niagara Falls over the weekend, Kory Teneycke, a former Sun TV executive and Doug Ford’s campaign manager in 2018 as well as the next provincial election, sought to put the minds of loyalists at ease as thousands of teachers and labour unions protested outside.

Party officials banned media from covering most of the convention, but a video from inside the convention hall obtained by PressProgress sheds new light on the tone of the event. 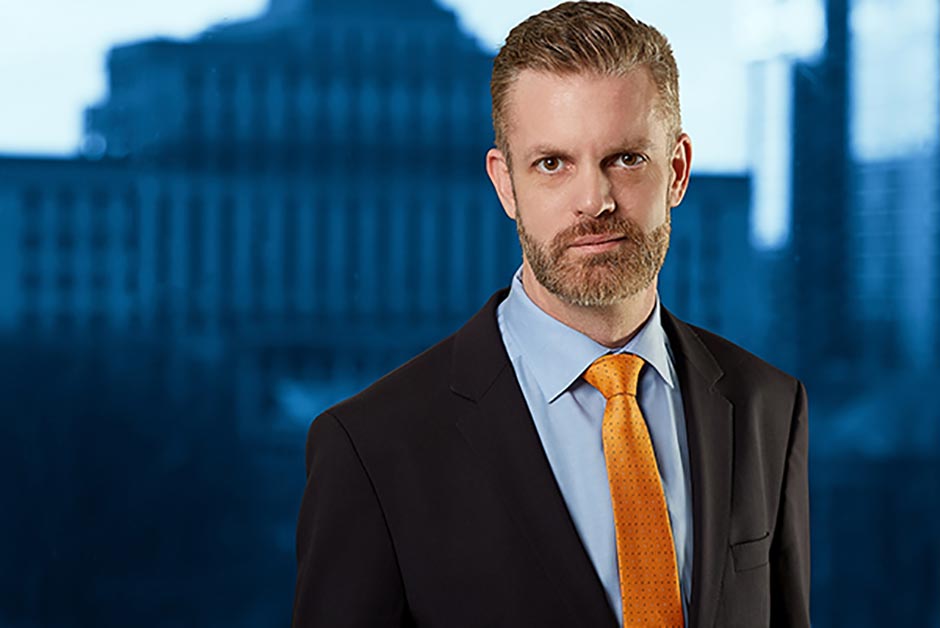 “Being a party of responsible choices is not just thankless,” Teneycke told PC party loyalists Friday evening. “It’s often met with protests and anger and vitriol.”

Party loyalists gave a standing ovation in honour of Mike Harris’ old PC government before Teneycke suggested Ford’s critics are protesting in the streets not because of cuts to education or attacks on workers’ rights, but because they have “gotten fat off the largesse of past regimes.”

Teneycke also made educators the butt of a joke — after declaring that Ford’s plan to “improve the lives of all Ontarians” will include everyone, some party loyalists burst into laughter when he paused and added: “Yes, even teachers.”

Teneycke even took a few potshots at the media.

“As was the case in the past, the road to prosperity will not be an easy one,” Teneycke said. “Some will even erect barricades and try to block our way.”

“We will be heckled by our opponents and ridiculed and misrepresented by those in the media, but we will not forget our mission.”

Unfortunately, since party officials banned media from the convention, aside from a press conference and Ford’s address to delegates, they were not able to assess whether or not that was an accurate representation of their work.

Instead, reporters like CBC News Queen’s Park correspondent Mike Crawley, were outside being harassed by private security guards during live television broadcasts.

One private security guard, who said he was acting on the orders of party officials, threatened to call police on the CBC News reporter if he did not stop broadcasting and immediately leave the premises outside the convention centre.

The CBC’s Mike Crawley (@CBCQueensPark) was reporting on the Ontario PC convention when security tried to intervene. That didn’t stop Mike, who kept his cool and carried on… pic.twitter.com/2dYNRSs3YM

Whoa! Ontario PC party has kicked media out of a convention centre, and now has private security trying to evict @CBCQueensPark from broadcasting outside on the sidewalk, threatening him with police arrest and trespass charges. LIVE NOW ON CBC! Jeezus.

PC party officials later apologized to Crawley and insisted they had not ordered the security guard to bounce the CBC News reporter in the middle of a live broadcast.

The private security firm flatly disputes the party’s explanation, telling CBC News: “We were instructed by the PC party to remove media from the property.”

Viking Security did not respond to a request for comment from PressProgress.