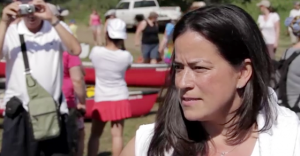 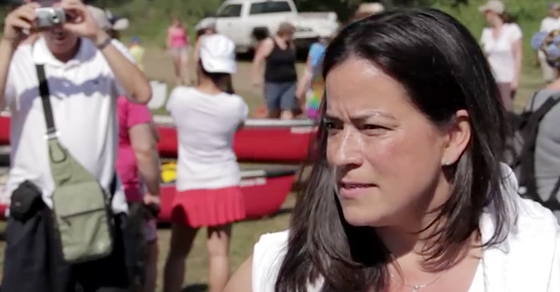 Before becoming Canada's Justice Minister, Wilson-Raybould definitely sounded pretty firmly on the "no" side when it came to Site C.

But before becoming Canada’s Justice Minister, Wilson-Raybould definitely sounded pretty firmly on the “no” side when it came to Site C:

The Liberal government’s approval of Site C triggered a sharp reaction from the president of the Union of British Columbia Indian Chiefs who called the decision an “absolute betrayal,” accusing Prime Minister Justin Trudeau of breaking his promise to respect treaty rights and renew a “nation-to-nation relationship with Indigenous Peoples.”

That’s noteworthy considering a newly surfaced video from 2012 shows Wilson-Raybould (then Regional Chief of the BC Assembly of First Nations) not only criticizing the Site C project for its environmental impact – the current Justice Minister also suggests the “legal reality” is that project runs “roughshod over Aboriginal title and rights, including treaty rights”:

“This is about ensuring a sustainable environment, ensuring that we have clean water and trees and wildlife seven generations in to the future and what’s remarkable about today and this time in our country is that there are unprecedented developments in our territories and the reality – or the legal reality – is that aboriginal people have rights and treaty rights that must be respected … The country’s reputation is at stake with approval of these projects like Site C, like the Enbridge pipeline. Our reputation as a caring and considerate and environmentally friendly nation internationally is going to be questioned, and running roughshod over Aboriginal title and rights, including treaty rights, is not the way to improve that reputation.”

The $9 billion hydro project has raised concerns in connection to a plan that would flood 12,350 acres of land in northern BC’s Peace Valley – an area of land that’s roughly equivalent to the size of 5,000 football fields.

First Nations Chiefs point out that the creation of this reservoir would flood highly productive agricultural land, could “impact up to 337 archaeological sites” and they argue Site C would “impact Treaty 8 First Nations’ constitutionally protected treaty rights.”

After all, it’s hard to have rights to land when that land is underwater.

“It’s an area that [indigenous] people have used for thousands upon thousands of years. Their ancestors are buried in the land; there are hundreds of unique sites of cultural importance; there is cultural knowledge of how to live on land that is associated with this specific spot … Many continue to rely on the land to hunt, fish, plant medicines, gather berries and conduct ceremonies. There are really few other places where they can go to practice their culture and to exercise their rights because this is a region that has been so heavily impacted by large-scale resource development.”