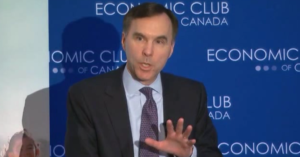 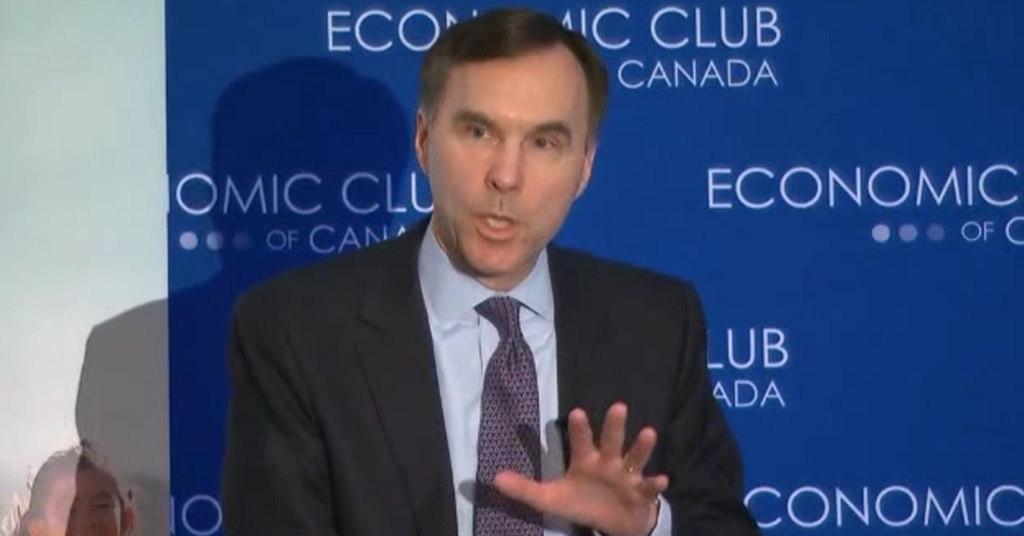 Bill Morneau is having a really bad day

In less than 24 hours, Bill Morneau may have set a new world record for fastest broken promise since Justin Trudeau’s Liberals came to power in 2015.

Consider the Finance Minister’s national pharmacare pledge in Tuesday’s federal budget – the Liberal government announced they’ll explore the idea of pharmacare, noting Canadians face “some of the highest costs among the world’s most advanced countries.”

Who could be opposed to that? Over 300 health professionals and academics called on Justin Trudeau to bring in a “universal, public pharmacare system” last year.

Well, it turns out those headlines got a few details wrong:

• The Budget does not actually say the government will ever create a national pharmacare plan, it only says they’ll create an Advisory Council to explore the idea – besides, the government has already been studying the idea for the last two years.

• Whatever options the Advisory Council come up with by 2019, the Budget makes no money available to guarantee any of it will ever be implemented.

• After rolling out the vague plan, the next morning Morneau ruled out any possibility it will be a universal pharmacare plan – slew-footing the Advisory Council’s work before the’ve even had a chance to look at the evidence.

Unfortunately, pharmacare that isn’t universal isn’t quite pharmacare – as Canada’s Parliamentary Budget Officer pointed out last year, savings from a pharmacare plan would come from buying pharmaceuticals in bulk, lowering the costs for everyone.

The scheme Morneau wants (mixed private / public coverage) was STRONGLY advised against by witnesses at the Health Committee. It is inefficient and extremely expensive – and the one private insurers want.Morneau says free pharmacare won’t be for everyone https://t.co/9gdS4P95R6

By Wednesday afternoon, a number of groups that were initially encouraged by the the pharmacare plan were calling on Morneau to step aside.

Open letter to @JustinTrudeau : nurses join allies in opposition to @Bill_Morneau‘s version of #pharmacare, and call for him to recuse himself due to perceived conflict of interest #cdnpoli #budget2018 #cdnhealth #rxpolicy @CdnDrs4Medicare @CanadianLabour pic.twitter.com/5Bnl93kAwT

.@Bill_Morneau: Just to be clear, Canada’s #pharmacare plan must cover ALL Canadians, no matter their age, income or where they work or live, and we fully expect the advisory council led by @DrEricHoskins to reach the same conclusion. #aplanforeveryone #cdnpoli #canlab

In a joint letter, the Canadian Labour Congress, Canadian Federation of Nurses Unions and Canadian Doctors for Medicare slammed Morneau’s “sharp turn away from the evidence-based pharmacare recommendations that every commission ever convened on the topic has made.”

They also called on Morneau to “recuse himself from the pharmacare file” over a “perceived conflict of interest” connected to his “deep ties” with Morneau Shepell.

Meanwhile, here’s how observers in the media reacted to all of this:

“The new federal budget promises a national pharmacare program without promising any money to pay for one … It sets aside nothing for anything Hoskins’ group might propose. Zero dollars.”

“Note that the only promise here is to study an issue that has been studied to death. There is no money and no firm commitment to do anything.”

“Is Ottawa studying pharmacare to death?”

“Observers were expecting some big potential developments on this file after it was reported that Budget 2018 would include the first small steps toward a national pharmacare program to cover the cost of prescription medications.

Those first steps are definitely baby ones.”

“The Liberals have proven over the past two years, policies are adopted to get elected, not necessarily to be implemented.”

Here’s a 2014 op-ed from Eric Hoskins telling PM Harper the time for study is over, Canada needs universal pharmacare. https://t.co/dq7H3YTrsv

Why do we need more study on pharmacare if we already know it ends like this? https://t.co/nHRvaEE6Jv #cdnpoli

Wonder what Eric Hoskins thought when he heard this and how he feels about his decision to leave Queen’s Park for Ottawa. ‘Fiscally responsible’ pharmacare plan will fill in gaps, finance minister says https://t.co/U7YS01g0BL

The budget sets up an advisory council to look at a national pharmacare plan. No details on cost and Finance Minister won’t say when a plan could be implemented. #Budget2018 pic.twitter.com/wcGKvhQWjz

Despite the Liberal government’s sudden interest in a national pharmacare program, there is no money set aside in the budget for it. https://t.co/SaCd6WOJFC