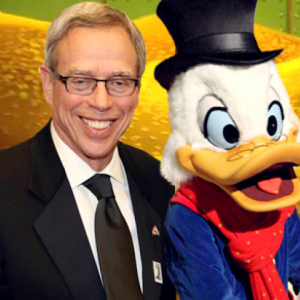 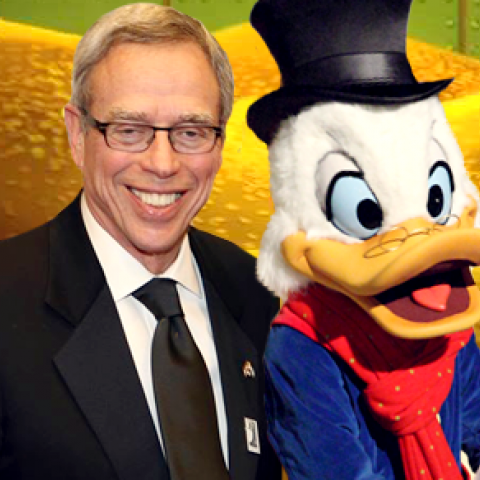 Conservatives try to defend TFSA tax breaks for the rich

Finance Minister Joe Oliver must have felt like he was seeing double on Tuesday. New reports from both the Broadbent Institute and the Parliamentary Budget Officer criticized the Conservatives plan to expand the Tax-Free Savings Accounts program — both for lost revenues and for disproportionately benefitting the wealthiest Canadians.  The Broadbent Institute report, written by Jonathan Rhys Kesselman, one […]

Finance Minister Joe Oliver must have felt like he was seeing double on Tuesday.

New reports from both the Broadbent Institute and the Parliamentary Budget Officer criticized the Conservatives plan to expand the Tax-Free Savings Accounts program — both for lost revenues and for disproportionately benefitting the wealthiest Canadians.

The Broadbent Institute report, written by Jonathan Rhys Kesselman, one of the architects of the TFSA, focused on the cost of the government’s plan to double annual TFSA contribution room (from the current $5,500). It showed that by mid-century — when the existing TFSA system matures — it will already cost the government up to $15.5 billion annually, coupled with an up to $9 billion burden on the provinces.

Both reports argue the TFSA cap boost will only make matters worse.

Defensive reaction from conservatives — from the government’s ranks and right-wing think tanks to pundits — was swift:

Only @broadbent inst would think TFSA is tax dodge for wealthy. Fact is two-thirds of TFSAs held by tax filers with incomes less than $60k

We hear a great deal about how rich benefit from tax cuts, a lot less about how they already *pay* disproportionately more taxes #cdnpoli

Definitely. If you give people tax-free savings, they’ll just spend them on beer and popcorn. http://t.co/0c4lrUifOm #cdnpoli

Oliver certainly seemed quick on the counter-attack, releasing a statement shortly after the release of both reports:

“Our government introduced Tax Free Savings Accounts as a way for Canadians to save for retirement, their kids’ education and the down-payment on a house. Today, nearly 11 million Canadians of all ages and income levels have a TFSA, with the vast majority of accounts belonging to low and middle-income earners. Only our government can be trusted to keep taxes low for Canadian families.”

Guess no one told Oliver that, in the long run, TFSAs heavily favour higher-income households. Most low-to-middle income Canadians likely can’t afford to double contributions to their TFSA — even as the tax policy is set to drain billions from the federal treasury. Few working Canadians are maximizing contributions under the current limit, according to the Broadbent Institute report: Even without doubling the contribution limit, this is how TFSA gains will look by income group through 2080, according to the PBO report: The PBO report calls the TFSA program “regressive” and estimated that, if TFSA limits are doubled, they will cost the government $25.9 billion by 2080.

Rhys Kesselman, a policy fellow with the Broadbent Institute, calls the TFSA increase the “sleeping twin” of the Conservatives’ planned income-splitting scheme — or the ‘Family Tax Cut.’

In conjunction with the TFSA increase, the Harper government is doubling down on “favourable benefits for high-income households” while “reducing the tax system’s progressivity,” Rhys Kesselman writes. But unlike the income-splitting scheme, the TFSA hike will also burden provincial treasuries.

For those counting government beans at home, the income-splitting plan is already expected to cost the federal government over $2 billion annually in lost revenue.

And much like the TFSA boost, it will only benefit a small number of Canadian households — again the wealthiest: Over the long term, the government’s commitment to keep TFSAs out of federal program income tests for Guaranteed Income Supplement (GIS) and Old Age Security (OAS) could open up those programs to “growing numbers of dependents” and “mounting costs,” the Broadbent Institute report finds. By 2050, it estimates the annual program costs could “rise by $4 billion to several times that figure.”

As Rhys Kesselman puts it:

“Like a little baby who looks cuddly and cute, this proposed initiative would grow up to be the hulking teenager who eats everyone out of house and home.”