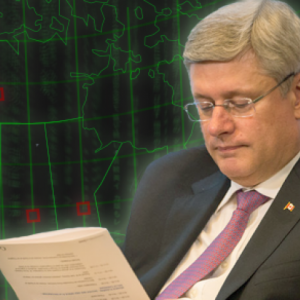 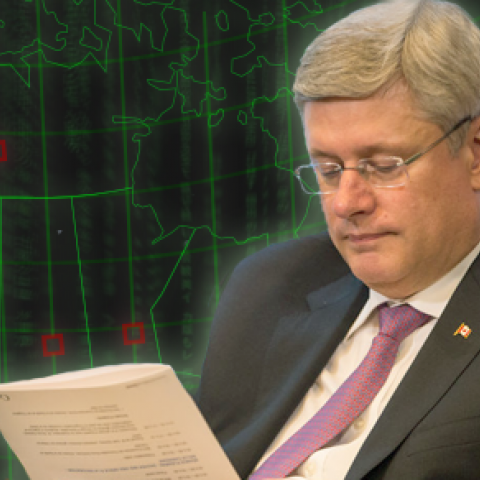 So much for consensus. The Conservatives appear set to ignore calls for greater, “independent” oversight of Bill C-51 — the “near universal” recommendation made by witnesses to the House public safety committee. The government plans to introduce “limited changes” to their anti-terror law on Tuesday, while ignoring the bill’s biggest “flaw” identified by experts at C-51 hearings. In Question Period on Monday, Public […]

So much for consensus.

The Conservatives appear set to ignore calls for greater, “independent” oversight of Bill C-51 — the “near universal” recommendation made by witnesses to the House public safety committee.

The government plans to introduce “limited changes” to their anti-terror law on Tuesday, while ignoring the bill’s biggest “flaw” identified by experts at C-51 hearings. In Question Period on Monday, Public Safety Minister Steven Blaney deflected such criticism by saying “Canada can be proud of its oversight model.”

Blaney probably should have paid more attention to expert testimony at the committee studying the bill. Even those witnesses in favour of C-51 typically called for increased checks and balances:

“We believe SIRC’s mandate should be strengthened to enable review of CSIS activities across government agencies. This would render all CSIS operations accountable to the same degree. We also believe that the chair of SIRC should be an officer of Parliament required to provide regular reports to Parliament on its review activities.”

“I strongly believe that in the age of accountability for which we are in, agencies and their leadership core must be held to account. They must explain what they are doing, why it is necessary and, generally speaking, when and where it is being done on behalf of Canadians…

“We were a better organization because of review, not despite. We knew everything we did would eventually at some point face some form of review by somebody.”

“When the United States and the United Kingdom and France and Germany and Belgium — NATO partners all — have . . . parliamentary oversight that is much more substantial than ours, it’s hard to understand why we would not take that path. I think that is a flaw.”

With friends like that, who needs enemies? But here’s what C-51’s actual critics had to say:

“All of the safeguards in this legislation are at the front end. You get a warrant before you do something, but there is nothing at the back end that ensures that what was done was done within the terms of the warrant.”

“The answer to whether Parliament or a specialized agency should have the power to review our security agencies is easy for me. Canadians should have both… There is nothing inconsistent in having specialized security-cleared watchdogs created by Parliament covering the effectiveness and legality of various agencies involved in security work and having a committee of security-cleared parliamentarians charged to oversee the whole system.”

“If Bill C-51 is accepted as is, expanding powers without any substantive increase in independent oversight of our security agencies, the risks of rights violations increase not only for Canadian Muslims, but also for other Canadian communities and groups that may be subject to increased and unjust security scrutiny, including but not limited to political, environmental, or equality-seeking groups.”

“As a supplement, not a replacement… it can perform a valuable, pinnacle review—a review, not command and control oversight—by examining the entire security and intelligence landscape. Someone needs to see the forest, not just the individual trees. Our allies have made parliamentary review work with expert SIRC-like review.

“The existence of such a committee would also contribute to a meaningful and informed parliamentary review of the effects of this far-reaching legislation after… a few years of its operation.”

Beyond the committee, calls for oversight even extended into the Conservative caucus. SIRC members are currently appointed by Prime Minister Stephen Harper — and have included former Reform Party MPs and oil lobbyists. That doesn’t sit well with Tory MP Michael Chong:

“I don’t think [SIRC has] enough of an arm’s-length relationship — enough independence to properly review the activities of security and intelligence agencies and hold the government to account.”

So, just to recap. After nearly 50 witnesses at House committee, and nearly universal calls for greater oversight of the powers in their anti-terror bill, the government still views checks and balances on Canada’s spy agency as “duplication” and “needless red tape.”