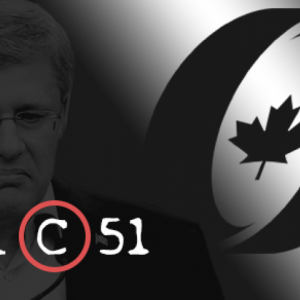 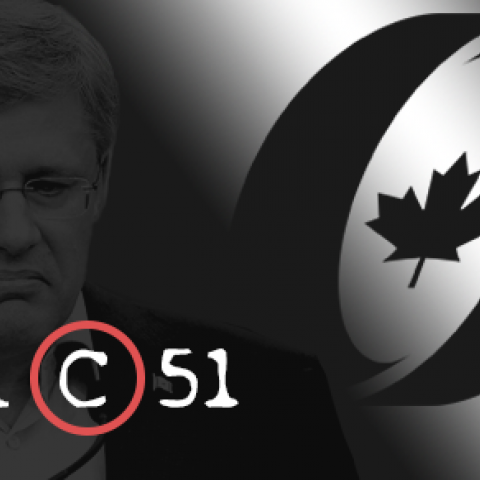 Pop quiz! Your government’s controversial anti-terror bill is plummeting in public opinion polls. A lot of people are concerned the bill is too vague and too broad, and that it will erode civil liberties and result in unintended consequences. Do you: (a) Acknowledge their concerns and work speedily to improve the bill?(b) Claim there’s a “widespread misinformation” campaign of […]

Your government’s controversial anti-terror bill is plummeting in public opinion polls. A lot of people are concerned the bill is too vague and too broad, and that it will erode civil liberties and result in unintended consequences. Do you:

(a) Acknowledge their concerns and work speedily to improve the bill?
(b) Claim there’s a “widespread misinformation” campaign of “conspiracy theories” at work and that your critics haven’t bothered to “read the bill”?

If your answer was (a), you wouldn’t just be wrong — you’d be dead wrong!

That sentiment was echoed by the committee chair, Conservative MP Daryl Kramp, who told a Belleville newspaper on Monday that critics of C-51 have their, “information dead wrong… They’re quoting rumours and they’re quoting mistruths.”

Then there’s Treasury Board President Tony Clement, who suggested C-51 criticism is an “esoteric debate for law professors” in a Parry Sound newspaper.

And speaking at Monday night’s hearings on C-51, Public Safety Parliamentary Secretary Roxanne James floated the idea that critics of C-51 have been fooled by “misinformation.”

“I find it unfortunate there’s been such misinformation put out about this bill,” James said, suggesting this “unhelpful information” has “taken away [from] what is actually important, which is the national security of Canada.”

It wasn’t the first time James has floated “misinformation” as an explanation for concerns raised about C-51. Here’s what James had to say on Victoria’s CFAX 1070 last week:

“There’s been quite widespread misinformation put out there and I think that if you asked people who may have been at the protest ‘have you read the bill, can you tell me what section of the bill, what paragraph, what clause do you think that it is that’s going to infringe on your personal freedoms and what freedom is it that you think is being taken away from law-abiding Canadians,’ no one can answer that question because it simply is not in the bill.”

Is James really suggesting everyone who has criticized C-51 has been duped by “widespread misinformation”?

“No one” can point out the problematic parts in the bill? No one?

Here’s a short list of everyone who James is effectively saying hasn’t bothered to “read the bill”:

But who knows, maybe James is right? Maybe this diverse and credible group has been bamboozled by “conspiracy theories” and the Conservatives are the only ones with a firm grasp on what’s really going on here?

Maybe everybody else is wrong…?