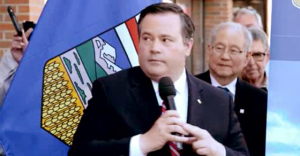 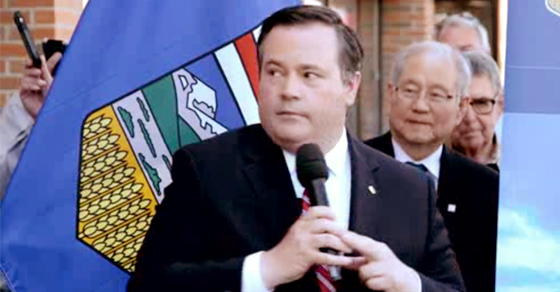 "Is he showing up to Ottawa or is he staying in Alberta to campaign?"

Another week, another set of problems for Jason Kenney.

After new polling suggested divided opinions on Kenney’s leadership along with a lack of enthusiasm from the Wildrose supporters he wants to eventually merge with, a conservative talk radio host capped off the week by calling for Kenney to resign his seat as a federal member of parliament.

“I am a small-c conservative, I tack right on most issues, pretty much all issues,” radio host Andrew Lawton told listeners on Calgary’s AM770 Thursday afternoon, adding “I believe (MPs) need to be, if they are taking a public salary, representing the people they represent.”

Lawton questioned how Kenney – a former director of the Canadian Taxpayers Federation – could “claim a salary when you’re not using that job as your primary role?”

Despite the fact the official leadership campaign doesn’t start until October, Kenney is actively campaigning for the leadership of Alberta’s Progressive Conservatives while still collecting his federal MP salary – in the mean time, he stands to earn over $40,000 from taxpayers while devoting little or no time to his duties as a federal MP.

“Is he showing up to Ottawa or is he staying in Alberta to campaign?” Lawton asked. “When you are on the campaign trail, there’s a reason most people have to step aside from their jobs.”

“I think that for optics alone he’d be much better off stepping down.”

Earlier in the segment, Lawton interviewed Tyler Dawson, deputy editor of the Ottawa Citizen’s editorial pages, about why the newspaper’s editorial board also called for Jason Kenney’s resignation earlier this week.

Dawson characterized what Kenney is doing as being similar to “searching for another job” during “business hours”:

“It comes down to a relatively simple issue, which is Jason Kenney is making money to do a certain job, he’s hired by basically by the constituents in Calgary to be their representative in Ottawa and to be their conduit in both directions in that regard, so if he is doing something else, namely running for the leadership of the Progressive Conservatives in Alberta, he’s going to have a hard time fulfilling the duties that we as Canadians are paying him to do.”

The pair also considered the possibility that Kenney’s decision not to resign could be a sign of someone who “might not be sure that they’re going to win?”

Sounds like Kenney’s efforts to unite-the-right are continuing to run smoothly.