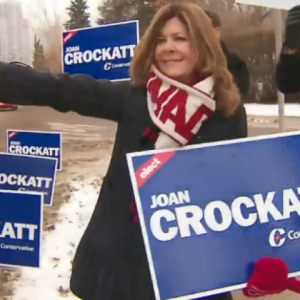 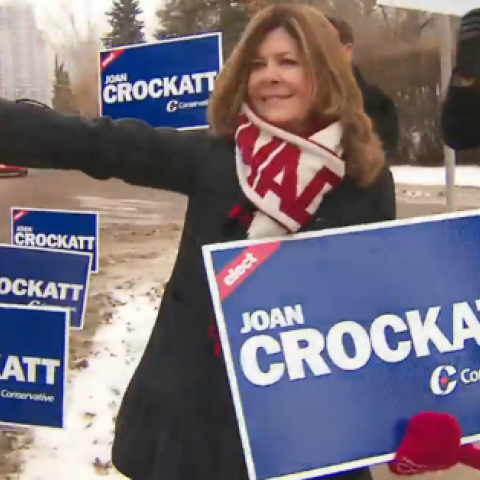 Just when you thought the Harper government’s problems with veterans couldn’t get worse, they spin out of control again. According to the Calgary Sun, veterans are “expressing disbelief” and “anger” after Calgary-area Conservative MP Joan Crockatt denied there were any problems at Veterans Affairs. Crockatt made the comments this week during an appearance at an event […]

Just when you thought the Harper government’s problems with veterans couldn’t get worse, they spin out of control again.

According to the Calgary Sun, veterans are “expressing disbelief” and “anger” after Calgary-area Conservative MP Joan Crockatt denied there were any problems at Veterans Affairs.

Crockatt made the comments this week during an appearance at an event commemorating the Second World War.

Asked about a “veterans’ revolt against the ruling Conservatives over benefits and other issues,” Crockatt replied:

“I talk to veterans individually and they say they’re treated wonderfully. I invite you to ask them.”

Reporters at the Calgary Sun didn’t need to ask. Shortly after, they received “a deluge of calls from veterans.”

“I think she’s delusional, after all the press and the abandonment by Minister Fantino,” army veteran Mike Blais, head of Canadian Veterans Advocacy, told the Sun.

Disabled Navy veteran Mike Grady, whose benefits have been withheld because he fell two months shy of qualifying, called Crockatt’s denial “typical.” Air Force veteran Sean McEvoy said that while he has no personal complaints, “I do wonder about Fantino.”

The vets are referring to Julian Fantino, Canada’s embattled Veterans Affairs Minister who has managed to make himself a lightning rod for controversy.

The year ended with news that Veterans Affairs has underspent its budget by a staggering $1.1 billion since 2007 – at a time when some 40,000 veterans were returning home from service in Afghanistan.

Fantino claimed savings came from eliminating “back office” jobs. A Globe and Mail analysis showed the lapsed funds came directly from “approved funding on veterans programs – such as death and disability benefits.”

Critics say this shows veterans have been getting short-changed for years. But Treasury Board President Tony Clement explained the Conservative government’s penny pinching is simply “a sign of good management.”

“I think a good case could be made that if less money is needed, it is because there is less demand for the program for whatever reason, demographic reasons or because the economy is better,” Clement said, adding that’s “generally a good thing.”

Here are a few things for Clement to consider: