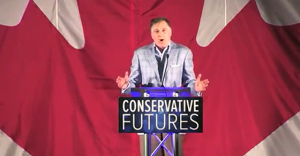 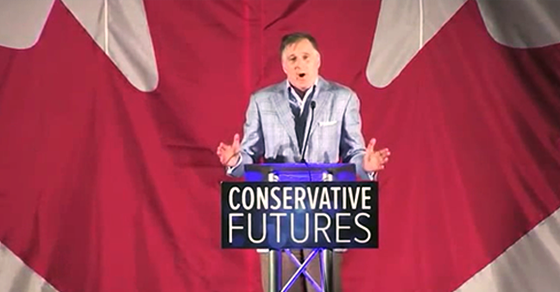 What does Maxime Bernier admire about China’s basic dictatorship?

Yes, China: that shining city upon a hill.

Speaking at the Conservative Futures conference in Barrie, Ontario this month, Bernier named “China” as a good example of how to lift “hundreds of millions of people” out of poverty through “less government and more freedom.”

“It is not because they have a huge government,” the former Foreign Affairs Minister explained.

“It is because they have a government that gives freedom to people, a government like we used to have here in Canada before Trudeau’s been elected.”

Remember a few years ago when Canada had a government like communist China?

According to Freedom House, a Washington-based NGO that advocates for democracy, political freedom and human rights, China is currently designated “not free.”

Out of a possible score of 100, China received only 16 points on the organization’s 2016 Freedom in the World index, thanks in part to the country’s poor record on political rights and civil liberties.

On a scale of one to seven, with one meaning “most free” and seven meaning “least free,” China scored a 6.5 rating on “freedom.” And what of free markets?

Even the right-wing Fraser Institute’s Fred McMahon, who himself believes Hong Kong is the freest place in the world, despite the notable absence of free elections, says China isn’t an “economic miracle” and it’s not “open to free markets” either:

“China is … rife with state economic interference, state-owned ‘companies’, corruption, crony capitalism, and failure of the rule of law.”

Bernier’s cheerful tone on communist China could prove problematic in a potential run for Conservative leadership.

For one thing, Conservative MP Jason Kenney – another prospective leadership contender – has previously been a vocal critic of other Canadian political leaders applauding Chinese government policies:

. @TerryGlavin on Justin Trudeau’s bizarre admiration for the “basic dictatorship” of the Chinese Communist Party: http://t.co/1XXV0buYFz

Meanwhile, Brian Lilley of the right-wing Rebel Media has insisted political leaders should not honour China in “any way, shape or form”:

“China is a country that no one should admire, despite what some political leaders will have you believe. Their basic dictatorship does not put them in a position to be honoured in any way, shape or form.”