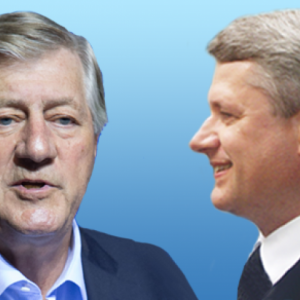 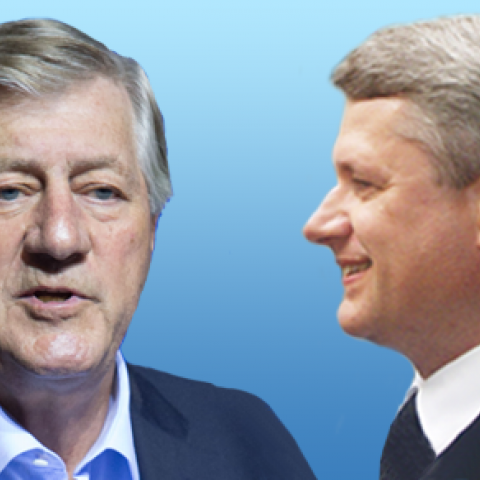 A Conservative MP has given us a sneak peak at what the Harper Conservatives’ 2015 election strategy is going to be: a second coming of the “common sense revolution.”

That might be alarming for most Ontarians — and many Canadians who still remember Mike Harris’ time as premier between 1995-2002.

The “common sense revolution” was a slogan used by Harris’ Ontario Progressive Conservatives to sell policies aimed at gutting services like health and education and positioning cutting benefits as simply lowering taxes and creating jobs.

But according to John Williamson, a New Brunswick Conservative MP (and former head of the Canadian Taxpayers Federation), copy-and-pasting from the Harris Ontario playbook is exactly what the Conservatives are going to do to win the support of blue collar workers who’ve been alienated by the Conservatives’ cuts to services and benefits, and their attacks on labour.

On Saturday, when asked by an audience member (identifying himself as a twice-failed Ontario Progressive Conservative candidate under Tim Hudak) at the Manning Centre Conference how federal Conservatives can win the support of blue collar workers, Williamson had the following to say:

“That’s something my caucus followed very closely,” Williamson said of Hudak’s disastrous 2014 campaign. “My advice is it was a mistake for Tim Hudak to lead with a 100,000 person job cuts.”

“We made some tough changes here to federal civil services,” he said, reflecting on his own government’s jobs record. “We cut [job] numbers, we reformed benefits and wages…”

Williamson went on to say that the Conservatives are modelling their election strategy on the Mike Harris “common sense revolution” by “linking everything back to jobs.”

As one example of how “linking everything back to jobs” can be used to justify conservative policies, Williamson pointed to the example of “quotas” — an apparent reference to Harris’ repeal of employment equity, designed to help visible minorities gain access to the workplace.

That wasn’t the only thing Williamson had to say at the panel. As iPolitics reported first, Williamson also had the following to say about the Temporary Foreign Worker Program:

1/3 Today I used offensive and inappropriate language regarding the Temporary Foreign Workers Program. For this I apologize unreservedly.