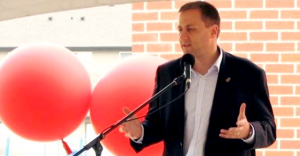 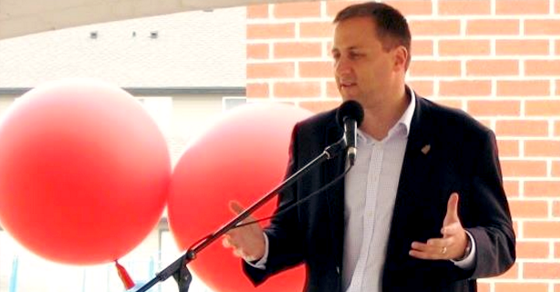 A possible Conservative leadership hopeful explained how God might be a big influence on his tax policies.

So much for rendering unto Caesar the things that are Caesar’s!

In an interview this week exploring Conservative MP Brad Trost’s leadership ambitions, the Saskatoon-area social conservative offered a thought on how he sees the Conservative Party of Canada fitting into the big picture.

And by big picture, he of course means God’s work of creation:

Everywhere? Forever? Really? Why would God want that?

If he’s sure that is God’s intent – and that’s a big if – how is Canada supposed to run a functioning government without any revenues?

Without taxes, won’t our infrastructure fall apart? How do we pay for police and firefighters? Does God want us to be consumed by flames as chaos and anarchy reign across the land? This all seems so out-of-character for God… Hey, are we sure God told him this?

And by the way: what does God think about Trost’s $170,400 per year MP’s salary and lucrative pension?

Yep, all things considered, taxes have been pretty darned good to a guy who once remarked “I’m opposed to all taxes. I’ve never met one I’ve liked yet.”

Or maybe all that talk about saving the world had nothing to do with loving one another, helping the less fortunate and social justice in general – Jesus must have only wanted to save everybody ten bucks on the purchase of a blu-ray player. That must be it.

In the interview, Trost also said he opposes same-sex marriage, abortion, transgender bathroom use and assisted dying, offering detailed answers that ranged from “no” to “against.”

Trost also said he is against legalizing marijuana because “I don’t smoke and I don’t think you should either.”

Well then! If he says so!