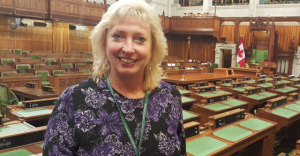 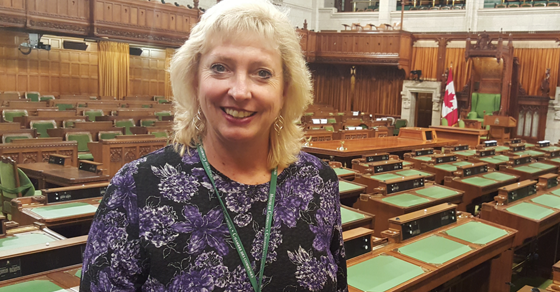 At least one Conservative MP sees a silver lining in the demagoguery of Donald Trump.

At least one Conservative MP sees a silver lining in the demagoguery of Donald Trump.

While much of the world has been alarmed by Trump’s violent and racially divisive rhetoric, Conservative MP Marilyn Gladu claims one “bright light” in all of this is it shows “freedom of speech” is alive and well.

“The only bright light is that he has sort of restored freedom of speech to America,” Gladu told Embassy News.

Trump has encouraged his supporters to physically assault protesters and called for protesters to be jailed. He’s also pledged to weaken American libel laws so he can sue journalists who write “negative and horrible” articles about him.

But in addition to bright lights, the MP for Sarnia-Lambton also sees a Canadian connection.

Although Trump’s racial comments are a concern, Gladu claims many Canadians do not feel like they are able to speak freely, because “anything that they say that’s unpopular, they get punished. They’re accused of breeding hatred and fear.”

During last year’s federal election, Gladu’s campaign was itself mired in controversy over several social media postings that were criticized for breeding similar sentiments.

While serving as the President of the Sarnia-Lambton Conservative riding association, Gladu tweeted that those who disagree with the Conservatives’ changes to Oath of Citizenship rules “should pick another country”: She also shared her thoughts on Facebook about Muslim immigrants coming “to a country with certain values, and now they want to kill everyone else.” Gladu also told Embassy News that “on the fiscal side,” Trump is “very strong.”

Trump’s tax proposals are estimated to cost $12 trillion, economists say his policies will plunge the United States into recession and The Economist Intelligence Unit currently lists a Trump presidency among the top 10 threats that could disrupt the global economy.

Not all Conservatives see the same bright light Gladu sees, however.

Jim Hillyer, Conservative MP for Medicine Hat-Cardston-Warner, told Embassy News that although his constituents are among the most conservative in the country, they’re so “bewildered” by Trump, they’ll probably “root for Hillary.”

“Everyone’s as bewildered as, I think, the American media is about the rise of Donald Trump. We’re kind of redneck down here, but not that redneck.”

UPDATE: Although “freedom of speech” has apparently been “restored” to the United States, it appears censorship is alive and well on Marilyn Gladu’s Facebook page.

It seems a Facebook user posted a link to this very story on Gladu’s Facebook page Wednesday evening.

Evidently that link isn’t very popular with Gladu – only a few hours later, the comment vanished without a trace!