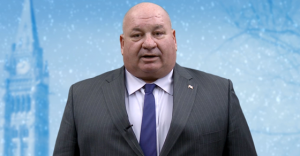 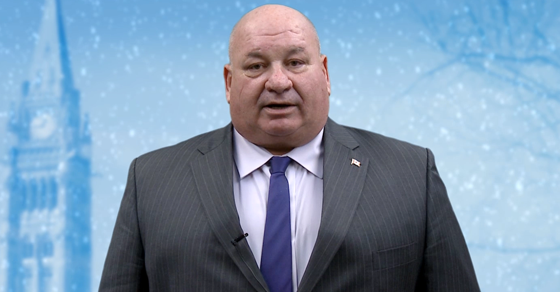 Conservative MP: Donald Trump does not have an ‘anti-woman thing’

Reacting to the US election results, Conservative MP Larry Miller said some "have tried to make this an anti-woman thing and that's baloney."

Speaking to a local radio station following last week’s US election, the Conservative MP for Bruce–Grey–Owen Sound said Trump’s critics should just “get on with it” rather than “whine and snivel.”

As for “the anti-Trumps” who “have tried to make this an anti-woman thing,” Miller says “that’s baloney”:

“You know, some of the anti-Trumps out there – and there’s lots of them – have tried to make this an anti-woman thing and that’s baloney.”

Trump’s run for president was, in fact, an unprecedented “anti-woman thing.”

Miller’s comments surface at the same time as Megyn Kelly, host of the right-wing Fox News channel, details disturbing allegations of threats and intimidation from Trump in a new book – during the campaign, Trump suggested Kelly’s menstrual cycle was influencing her coverage of his campaign.

At another point in the campaign, Trump encouraged his Twitter supporters to go find a “sex tape” of a female critic, telling them she is not a “paragon of virtue”:

Did Crooked Hillary help disgusting (check out sex tape and past) Alicia M become a U.S. citizen so she could use her in the debate?

In October, the campaign was rocked by leaked video showing Trump bragging about sexually assaulting women.

Over a dozen women – including former employees, beauty pageant contestants, journalists and even a former spouse – have accused Trump sexually assault, with many detailing experiences that echo what Trump describes in the video.

Trump has vowed to sue each accuser following the election.

Nothing ever happened with any of these women. Totally made up nonsense to steal the election. Nobody has more respect for women than me!

According to Miller, this is nothing more than “baloney”?

In 2015, Miller caused controversy when he declared on the same local radio station that Muslim women who wear the niqab should “stay the hell where you came from.”