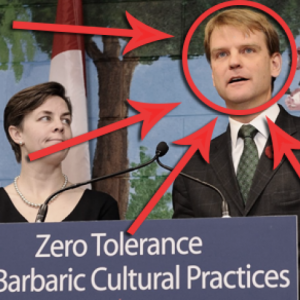 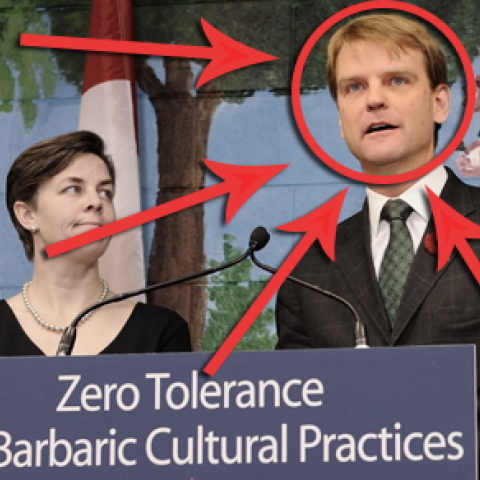 Anyone else see the pattern that’s developing here? Are the Conservatives repeatedly playing the “xenophobia” card ahead of the election campaign? Only a week after the Harper government asked supporters to sign a “sickening” online petition invoking negative stereotypes of First Nations, the Conservative Party of Canada has released a new and equally divisive petition to supporters, rallying […]

Anyone else see the pattern that’s developing here?

Are the Conservatives repeatedly playing the “xenophobia” card ahead of the election campaign?

Only a week after the Harper government asked supporters to sign a “sickening” online petition invoking negative stereotypes of First Nations, the Conservative Party of Canada has released a new and equally divisive petition to supporters, rallying against “face covering” during citizenship oaths.

Except, as the Toronto Star’s Susan Delacourt pointed out on Twitter, the e-mail signed by Citizenship and Immigration Minister Chris Alexander confuses “niqab” and “hijab” (the latter are not typically used to cover the face):

Here’s a quick lesson in diversity for the Minister of Citizenship and Immigration:

If that still doesn’t ring any bells for Alexander, here’s a picture of what appears to be a woman wearing a hijab at Sun TV’s fake citizenship ceremony staged by his own department back in 2011. Several Citizenship and Immigration bureaucrats “reaffirmed their oath of citizenship” without disclosing to viewers that they were not, in fact, new Canadians:

Alexander took heat on the mistake during Question Period Wednesday, but defended the government’s position:

“Those practices, Mr. Speaker, have no place in our citizenship ceremonies where we insist on confirming the identity and confirming the commitment of new citizens to our laws, to our sovereign, to our values, and to our traditions.”

That’s a little odd coming from the same Conservative Party that once upon a time created the Office of Religious Freedom.

As a Globe and Mail editorial Wednesday argued:

“Freedom of religion and conscience are at the core of the Charter of Rights and Freedoms because they are at the heart of what it means to be Canadian. We don’t ask people to give up their religion when they come to Canada; on the contrary, Canadian law protects their religious practices, which is why Canada has long welcomed all sorts of faiths persecuted elsewhere.”

And as Marni Soupcoff of the right-leaning Canadian Constitution Foundation points out:

“Concerns about what cultural, religious and social signals are being sent by an individual’s choice in clothing should have no place in lawmakers’ minds, or at least not in their actions.

The very beauty of Canadian citizenship is that it comes with the freedom to choose your own way and your own life. Does the majority of society have to agree with your choice, whether it be to don a nun’s habit or a Wiccan pentagram necklace?

The obvious answer again is no, so long as you aren’t infringing on anyone else’s freedom with your decision. And apologies to Mr. Harper and Mr. Alexander, but their freedom not to be offended doesn’t count.”

But in fairness to Alexander, he’s just echoing the words of his boss — the prime minister — who features prominently in the Tories Facebook petition:

But it’s not clear that campaigning on a racially divisive issue is a good re-election strategy for Harper: EKOS pollster Frank Graves labels the Conservatives’ fixation on the niqab as “xenophobia,” and suggests Harper’s “lines go beyond where the public is, and he’s overplaying his hand,” particularly in English Canada.

Are the Conservatives really not creative enough to think up ways to rally the troops ahead of 2015 election that don’t threaten to divide the country?