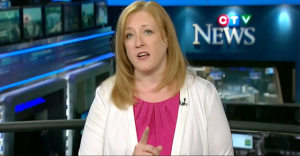 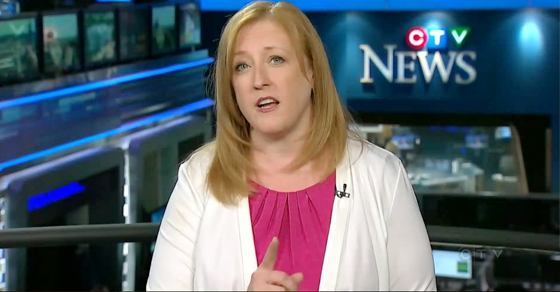 "I'll tell you one thing I do know about millennials..."

It turns out you don’t need to worry about retirement because at sometime in the future, someone somewhere might invent an iPhone app that will somehow make all your problems go away. Maybe.

At least that’s what Conservative MP Lisa Raitt suggests when you ask her if millennials are “likely to have problems” when they reach retirement unless the Canada Pension Plan is reformed?

Appearing on CTV’s Question Period Sunday, Conservative MP Lisa Raitt rattled off meaningless buzzwords like “sharing economy” and “sharing culture,” even pointing to the example of “Uber,” to suggest she can “imagine” a future where millennials rely on such technology to support them in retirement:

“This new generation is very different from what you and I experienced, in fact, they’ve embraced completely different cultures when it comes to the sharing culture or the sharing economy or Uber. I mean can we only imagine what fintech is going to bring our way in terms of how they want to manage their money. And I’ll tell you one thing I do know about millennials: they are not impressed with having their money locked away so that they can’t possibly get at it.”

Raitt leaves it up to you to fill in the blanks when it comes to imagining what this new technology looks like or how it’s supposed to work.

All she seems to be saying is technology could possibly solve the problem (experts say it won’t).

It also does nothing to address the problem at hand. Experts broadly agree the kinds of voluntary schemes Raitt describes are very ineffective and have proven inadequate at addressing problems with “declining workplace pensions and a Canada Pension Plan with limited benefits.”

Another thing is the same quote-unquote “sharing economy” Raitt points to as the solution is clearly part of the problem – millennials are saving less for retirement due to poor “job prospects, rising student debt and lower real wages,” and this has only gotten worse with the growth of precarious jobs over the last decade.

And isn’t this part of the whole reason why everybody’s talking about expanding the CPP in the first place?

The CPP was established in the 1960s as a way for employees to top-up their retirement income on top of pensions provided by their employer. That’s no longer the case, and expanding the CPP is seen as the most effective way to fill the void for increasingly vulnerable workers – workers like, say, Uber drivers.

Then again, maybe we could tell Lisa Raitt to just think of the Canada Pension Plan as a really cool crowdfunding project?

Think about it: you get people all across Canada to chip in small amounts of money, you pool all that money and use it to help one another kickstart our retirements!

Now that’s what a culture of sharing is all about!