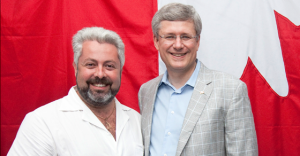 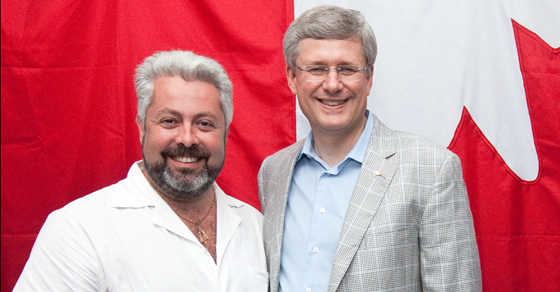 Looking for an MP who understands the characters of drunk women, can spot signs of latent homosexuality and knows what "being a man" is all about? The Conservative Party of Canada could have just the candidate for you.

Looking for an MP who shares Facebook posts on the characters of drunk women, signs of latent homosexuality and what “being a man” is all about?

The Conservative Party of Canada could have just the candidate for you.

It turns out Conservative candidate Konstantin Toubis, running in the Toronto-area riding of King-Vaughan, is prolific in sharing Russian listicles over Facebook on these very topics – and all since deciding to run for office.

Toubis told PressProgress he does not share the opinions of any of the material he shared on Facebook, but “re-posted” it in order “to show people how bad it is.”

“It’s information for people to read just like a newspaper article,” Toubis added. “It doesn’t mean you support this.”

Here’s a translated countdown of 4 Russian listicles that Toubis has shared on issues relating to sex and gender.

1. Alcohol and the character of a woman

“Did you know that you can tell a lot about a woman from the kind of alcohol she prefers?” asks a listicle titled “alcohol and the character of a woman” that profiles the characters of women and always seems to end with them blacking out, for some reason: Here are a few points from the listicle Toubis shared:

2. The Rules of Attraction

And Toubis also shared this listicle about the “rules of attraction”: Here are some translated points from this listicle:

This listicle is about how “being a man is hard”: Here is some of the advice contained in this listicle:

4. Signs of a mentally healthy man? Not “a latent homosexual,” apparently.

Another listicle Toubis shared in March covered the areas of mental health and sexual orientation, entitled “Seven signs of a mentally healthy man.”

The blog adds, “this is also a sign of a latent homosexual.”