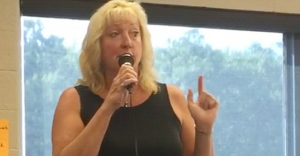 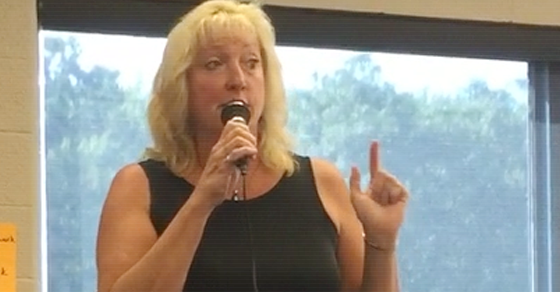 Conservative candidate Marilyn Gladu says smoking marijuana ends in "violence and death," but she disagrees with her own party and endorses the decriminalization of marijuana.

Conservative candidate Marilyn Gladu says smoking marijuana is “the beginning” of a slippery slope that ends in “violence and death.”

But that being said, she disagrees with her own party’s tough-on-crime approach and endorses the decriminalization of marijuana instead.

Gladu, who made headlines last week for past comments criticizing the separation of church and state and suggesting Muslim immigrants want to “kill everybody,” offered her views on marijuana at the Sarnia-Lambton all candidates debate Thursday night.

Citing her experience as a “youth leader,” Gladu says she knows of “a huge number of kids who started off smoking weed and then their buddies or their drug dealer upsold them into something really nasty.”

“That is the beginning of a trail that leads to violence and death and destruction of their lives.”

But despite her suggestion that marijuana is a gateway to death, Gladu also told the audience of mostly college students she’s previously smoked pot herself and doesn’t see the point in clogging up the court system just because someone’s “having a couple of joints.”

When an audience member asked if she would support decriminalizing marijuana, Gladu replied: “I would.”

Only problem? That’s not the Conservative Party of Canada’s position on marijuana.

In August, Conservative leader Stephen Harper rejected the idea of relaxing the Conservatives’ tough-on-crime restrictions on marijuana, stating that “unlike the other parties, we will not introduce misguided and reckless policies that would downplay, condone or normalize the use of illegal drugs.”

Earlier in September, after PressProgress published a video showing Laureen Harper telling Conservative activists that “you don’t put people in jail” for marijuana possession, CBC Power and Politics host Rosemary Barton wondered if this signals a “shift in the Conservative policy?”

Researchers have long dismissed the idea that marijuana is a “gateway” to serious drug abuse.

Most recently, Statistics Canada data on marijuana use in Canada showed the vast majority of Canadians who’ve reported using marijuana in their lifetime have never tried illicit drugs.

A 2010 study found that high levels of emotional stress and employment among young people were better predictors of future hard drug use than whether or not they used marijuana.