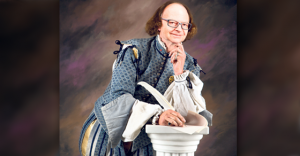 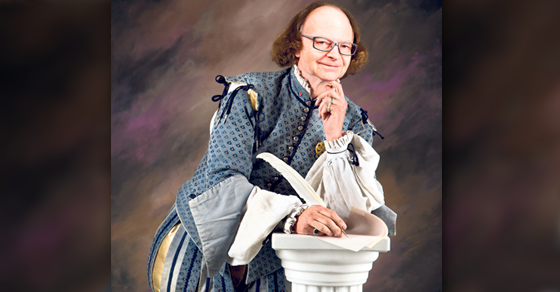 It turns out Ches Crosbie, a lawyer in St. John’s, Newfoundland and son of Mulroney-era cabinet minister John Crosbie, won’t be running under the Conservative banner this year. “The decision-makers at party headquarters in Ottawa decided I wasn’t the type of candidate they wanted,” Crosbie junior explained in a written statement. “That’s unfortunate because I think I could have been the strong independent voice that the people of Avalon deserve in Ottawa.”

“The excuse they gave him — and it’s ridiculous,” Crosbie the elder protested to CBC News Wednesday, “[was] they were having a theatrical performance to raise money for the lawyers or their association, he had performed or made a joke about something to do with Mike Duffy and the government.”

Crosbie’s re-imagining of the play casts Harper in the role of MacBeth, whose ambition and thirst for power is said to be his tragic downfall. The play also substitutes Mike Duffy in place of MacDuff, a man seeking vengeance in Shakespeare’s original version of the play.

If this light-hearted joke is enough to reject a candidate, the party itself is the joke. #cdnpoli #nlpoli #Crosbie pic.twitter.com/lE99rnl707

The play was performed as part of a fundraising event organized by the local legal community in support of a classical theatre company based in Newfoundland.

Also Thursday, CBC Radio’s As It Happens aired an audio clip of Crosbie’s “MacHarper” skit, which includes this memorable line:

“Before my body I throw my political friends! Lay on, MacDuffy! And damned be him that first cries: Hold! Enough thee!”

“Crosbie says he’s never done much acting before, although the sword-fighting scene between his character and Macduffy may come natural to him, since he was a fencer when he was in school,” the St. John’s Telegram reported in April.

“Hopefully, there will be no lunges or you’ll see what King Harper wears under his kilt,” Crosbie quipped.

Crosbie had previously stated the play was inspired by a 2013 blog post he wrote for his law firm’s website that used the feud between Duffy and the Prime Minister’s Office to explain why it’s “ideal” to “defeat the opponent quickly and decisively” early on during civil litigation:

What do PM Harper, Sen Duffy, the play Macbeth, and personal injury suits have in common? Read blog to find out http://t.co/mPndheqBwl

“Prime Minister Harper and the PMO now have a problem in their fight with Senator Mike Duffy. What started out as an unfair fight with the odds stacked in the PMO’s favor, has turned into a fair fight due to the inability of the Prime Minister’s Office to vanquish Senator Duffy early and decisively. Now all Canada stays tuned to the news, watching the combatants trade blow for blow.

Which brings me to the title of this blog, borrowed from a scene at the end of Shakespeare’s famous play Macbeth. Macbeth the King (read Prime Minister) and Macduff the Thane (read Senator) confront each other in the final battle scene:

I will not yield …

I throw my warlike shield.  Lay on, Macduff,

And damn’d be him that first cries, “Hold, enough!”

So lay on, Macduffy, all Canada is watching the swordplay!”