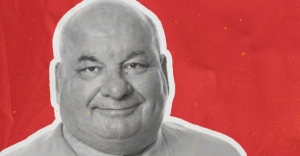 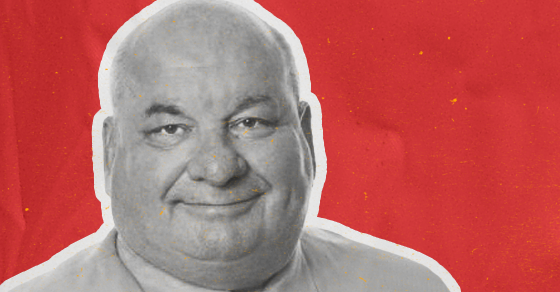 A man known as the "keeper of the conservative flame" and "the voice in Harper's ear" is letting the public know about the warning signs for an impending Communist revolution.

A Conservative candidate known as the “keeper of the conservative flame” and “the voice in Harper’s ear” is letting the public know what to look for before a Communist revolution breaks out in your community.

What are some of those warning signs?

According to an image of the “Communist rules for revolution” tweeted out Friday by Bruce-Grey-Owen Sound incumbent Larry Miller, who last became the focus of controversy for telling Muslim women who wear the niqab to “stay the hell where you came from,” here are some of the signs to keep an eye out for:

• The corruption of the young by getting them “interested in sex” (possibly with “sexy books” or a night out at the theatre);

• “The breakdown of the old moral virtues, honesty and sobriety”;

• “The registration of all fire arms.”

Except it turns out even J. Edgar Hoover said this document is fake.

“FBI Director J. Edgar Hoover testified that no sources could be found for the ‘document’ and ‘therefore we can logically speculate that the document is spurious’,” then-Minnesota Senator James Eastland told the New York Times in 1970.

The Times noted that the the “far right” still cites the Communist Rules for Revolution “in face of evidence” in order to “rally for God, family and country.”

The Times noted the forged document was largely being “reproduced in right-wing publications, small-town newspaper advertisements and gun lobby magazines” as well as “numerous ultraconservative publications.”

A 1989 book on “fake quotes” by a historian at Texas Christian University said the document is “an obvious fake,” explaining that even “respectable conservatives like William F. Buckley Jr., M. Stanton Evans, and James J. Kilpatrick have all branded it a forgery.”