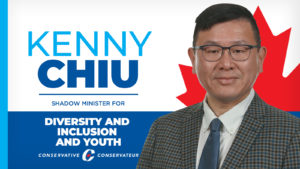 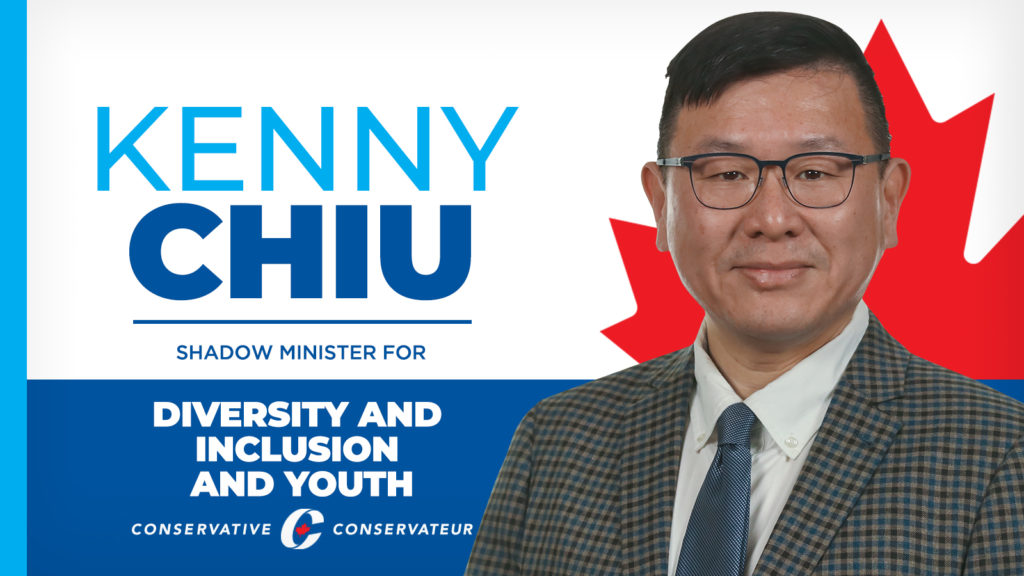 'Sadly, Canada has ‘evolved’ into an all-tolerant; all accepting; fully embracing liberal country'

The Conservative MP made headlines during the 2015 federal election after he was linked to online forum posts complaining, among other things, that:

“Today in Canada, simply disagreeing to the claim that homosexuality is normal can result in crucifixion.”

“Sadly, Canada has ‘evolved’ into an all-tolerant; all accepting; fully embracing liberal country.”

The Conservative MP told local media in 2015 the string of comments “does not represent my views.”

And, in 2018, the MP shared a stage with failed People’s Party candidate and former 700 Club cohost Laura Lynn Tyler Thompson at a meeting featuring criticism of SOGI 123, a BC education initiative designed to counter anti-LGBTQ bullying.

Chiu reportedly said residents were not given sufficient space to respond to the policy. “Not everyone’s opinion has been considered,” he said, “It will split the community and could hurt the students it’s meant to protect.”

Chiu told Richmond News: “I was invited to share my experiences as a former school trustee and how the (school) board would implement policies, such as SOGI. I didn’t mention to anyone about (whether or not I supported SOGI).”

Asked about Chiu’s previous controversies, both O’Toole and Chiu’s offices sent identical statements reading: “Mr. Chiu is proud to be part of a welcoming, diverse party that respects the rights of all Canadians, including members of the LGBTQ community.”

Did I get this right? The CPC's new shadow cabinet spot for "Diversity & Inclusion" is Steveston-Richmond East MP Kenny Chiu – who REFUSED to clarify his position on #LGBTQ rights during the last election, after sitting on board of bible college that condemned gays? #cndpoli

Chiu was an early supporter of O’Toole’s leadership bid, endorsing his campaign in March.