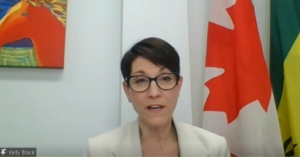 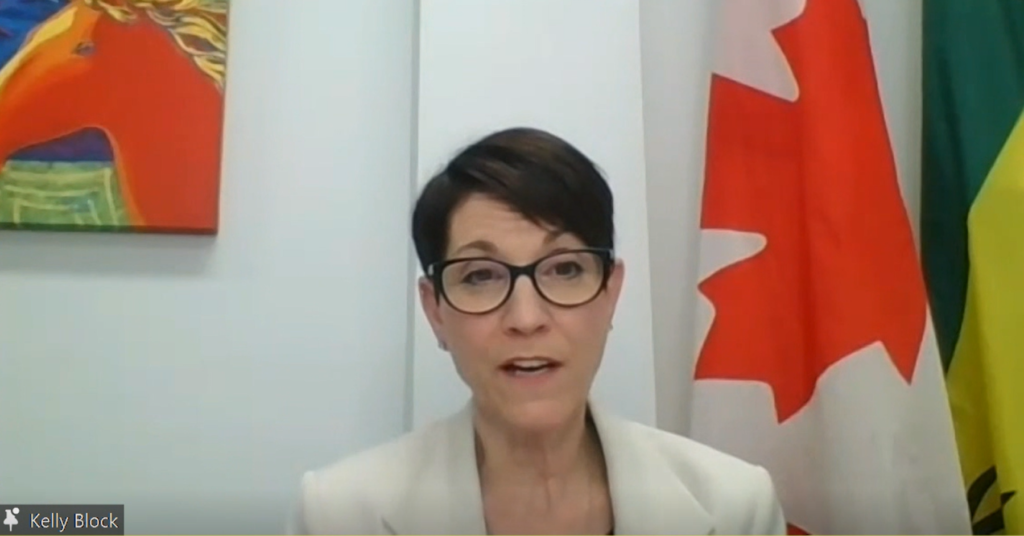 During a recent Zoom call with Saskatchewan’s top anti-abortion group, a federal Conservative MP revealed social conservatives had a hand in drafting a new private members bill on medical assistance in dying while Conservative staffers traded tips on how to talk about abortion without causing people to “immediately check out.”

Block, who is a member of the Conservative’s parliamentary “pro-life caucus,” recently tabled legislation called the Protection of Freedom of Conscience Act, which would allow medical professionals to not participate in providing medically assisted death under Bill C-7. 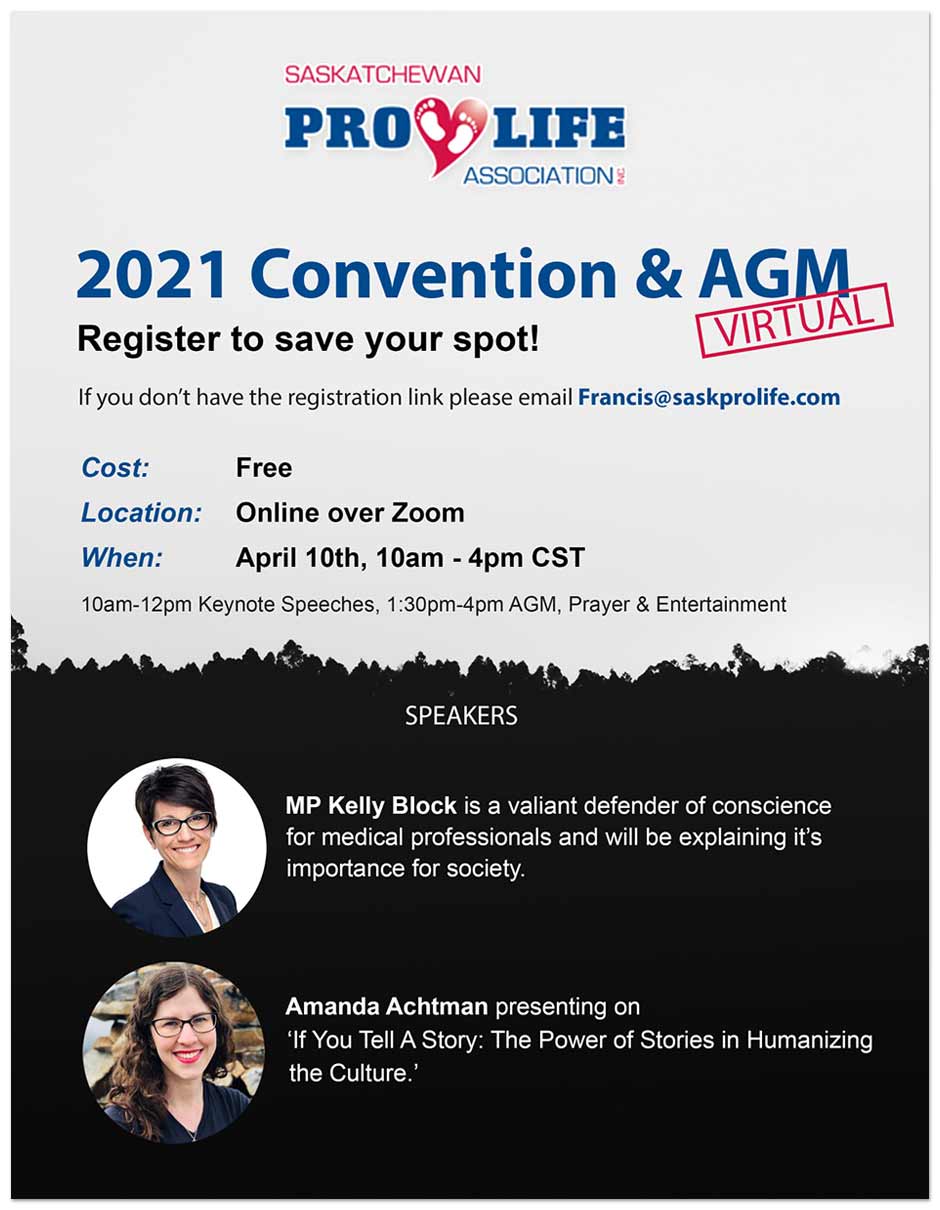 While disability advocates have voiced concerns that without adequate health, income and housing supports, Bill C-7 could encourage people with disabilities or those struggling in poverty into seeking MAID, anti-abortion activists at the AGM suggested Block’s bill could be a “very powerful first step and foundation” to introducing conscience rights in other areas, like targeting abortion or denying access to medical services for trans people.

Block told the anti-abortion group that Michael Hettrick, who is the son of SPLA President Valerie Hettrick, “did a lot of work on this private members bill with me, getting it ready for introduction.”

The Conservative MP added that Hettrick, who was present at the AGM, previously worked in her Parliament Hill office. Hettrick has previously been involved with anti-abortion activist groups, such as RightNow.

Block also revealed she consulted anti-abortion activist Nicole Scheidl, President of Canadian Physicians for Life, on the bill as her “strategy was being developed.”

During a Q&A session, SPLA members inquired as to whether Block’s bill could be applied to other areas.

“I know Kelly’s bill pertains mostly to participating in euthanasia, but would like to see that extended to things like abortion, sterilization, even participating in harmful procedures on minors who want cross-sex hormones or mutilating surgeries,” one member asked. “Essentially, can conscience protections go to further realms of moral and religious significance?”

Block said her bill is “singularly focused” on medical assistance in dying, but SPLA AGM host Francis Nowak added it would be a “very powerful first step” in stopping abortion and other issues.

“Obviously our organization represents many pro-life ideals but we think this is a very powerful first step and foundation for these things so thank you for that,” Nowak said. “I appreciate the tactical and reasonable approach too, because it can be tough to change the world in a day, but I appreciate that this is a first step.”

In an emailed statement, Block told PressProgress, “Defending conscience rights for medical professionals is an extremely important issue for many physicians as well as their patients.”

“I have strongly supported private member’s bills introduced in previous parliaments which sought to protect conscience rights for medical professionals. Right after the 2019 election I made the decision to re-introduce a slightly modified version of C-418 as it died on the Order Paper.”

Block explained that Hettrick, her former Legislative Assistant, was the only staffer who assisted in crafting the bill. Block also noted that anti-abortion activist Nicole Scheidl was “one of many stakeholders I consulted on the issue.”

Block added that “given the recent legalization of medical assistance in dying and its subsequent expansion through Bill C-7, the focus of my private member’s bill is specific to this issue.”

During the AGM, Block explained she collaborated with Alberta Conservative MP Garnett Genuis on a NationBuilder petition called SaveSecondOpinions.ca to gather public support for Block’s bill.

Genius’ parliamentary assistant Amanda Achtman followed Kelly Block as a guest speaker at the SPLA AGM. Achtman spoke about how to craft anti-abortion messaging that would create a “hospitality in the imagination.”

“We don’t want to include any language that’s going to make people immediately check out or immediately uninterested.”

“Pro-life and pro-choice, its quite dichotomous, so if people are ambivalent or if people are not particularly informed one way or another, then using language that is inclusive of the community, looking toward the common good, will be more inviting,” Achtman explained.

“Most people find political language very polarizing and as soon as you say one word or another it puts you on a side and so using certain words, which we very intentionally avoided, we wanted to show rather than tell.”

Kelly Block’s Executive Assistant Josh Boyes asked Achtman: “Thinking about debates around euthanasia and abortion, what are some ‘political’ terms to avoid?”

“One thing we have been trying to do in our videos is not use the names of legislation, because no normal person casually talks about Bill C7 in their day-to-day,” Achtman responded.

“Telling stories that don’t use political jargon like that can help.”

The SPLA 2021 operating budget is $193,625, according to financial AGM documents. Sources of income include memberships, donations, and advertising revenue from the SPLA publication Choose Life News.

The SPLA also has a separate Educational Trust Foundation, which is a fund that donates to charitable organizations on behalf of SPLA. One organization the SPLA supports financially is the National Campus Life Network.

The SPLA recently helped install anti-abortion activists into top positions inside the Conservative Party of Canada, and encouraged members to vote for social conservative candidates Derek Sloan and Leslyn Lewis in the 2020 federal Conservative leadership race.

Corrections: This article previously identified Nicole Scheidl as the president of Canadian Physicians for Life. In fact, Scheidl is the “executive director” of that organization. An earlier version of this article also mistakenly misstated Leslyn Lewis’ last name.