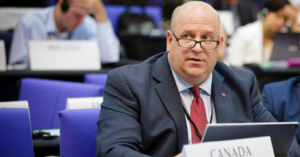 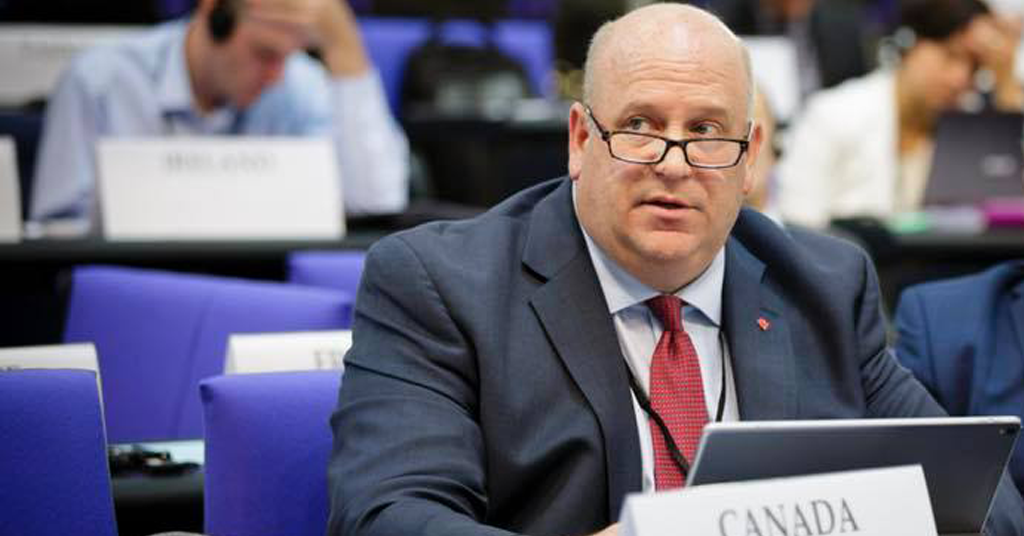 One of the Conservative Party of Canada’s sitting members of parliament presented a petition to the House of Commons that calls on the Government of Canada to ban COVID-19 vaccines for any Canadian who is capable of spawning children.

Niagara West Conservative MP Dean Allison, who previously sponsored other petitions relating to vaccines, gave his blessings to a petition that demands the federal government immediately “suspend the use of COVID-19 vaccines” for all “pregnant women, children, youth, and adults of child-bearing age.”

On March 2, Allison presented the House of Commons with a petition he sponsored calling for a ban on mRNA vaccines.

“We, the undersigned, Citizens of Canada, call upon the Government of Canada to suspend the use of COVID-19 vaccines in pregnant women, children, youth, and adults of child-bearing age.” 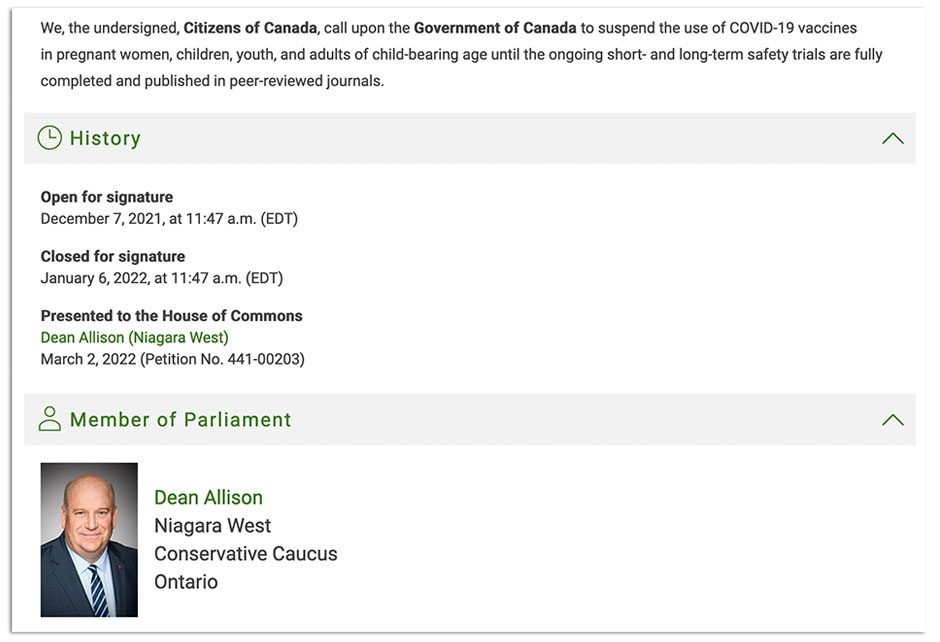 Previously, Allison sponsored a petition to make Ivermectin “available to all Canadians” even though public health authorities stress should never be used to treat COVID-19.

Ivermectin  made headlines last summer following a wave of  poisonings caused by humans using a version of the drug designed for de-worming horses.

The Ontario MP’s petition was initiated by University of British Columbia professor Steven Pelech, who recently drafted an open letter to the UBC faculty association also against vaccination. Since then, Pelech has appeared in a number of dubious online information sources – including Rebel News, Liberty Dispatch and the Strong And Free Truthcast.

In a statement to PressProgress, Pelech confirmed he helped draft the petition as a member of the “steering committee” of the Canadian Covid Care Alliance.

The Canadian Covid Care Alliance was founded by physician Ira Bernstein. Since its founding, Bernstein resigned from the Alliance, having been sanctioned for COVID-19 misconduct, including recommending patients use Ivermectin instead of getting vaccinated. The Alliance previously promoted Allison’s earlier petition, demanding the federal government make Ivermectin available as an alternative to the mRNA vaccine.

Asked where the claims the vaccine may cause infertility came from, Pelech took issue instead with the use of animal trials by medical experts: “The reproductive cycles of rodents and humans are very different.”

Pelech claimed, further, that the mRNA vaccine’s “spike protein can be produced for weeks and apparently even months in vaccinated individuals,” accumulating in and damaging ovaries.

“Multiple independent studies have shown that there is no evidence that COVID-19 vaccines cause fertility issues for anyone,” University of Ottawa Medical Professor Dr. Darine El-Chaâr said, adding the claims in Allison’s petition are “not accurate.”

In addition to studies on male and female fertility showing “normal fertility functions” after vaccination, El-Chaâr told PressProgress “there is also very good evidence that the vaccine mRNA is not found in our system after a week or so, does not have any presence in the fetal circulation.”

A recent study of 36 human Invitro Fertilization (IVF) patients, published in the journal Reproductive Biology and Endocrinology, found that two-doses of the vaccine “did not affect” the patients’ performance in the IVF cycle.

Another study, published in the American Journal of Epidemiology, surveying 2,126 human patients concluded “COVID-19 vaccination does not impair fertility.”

Neither Allison nor the Conservative Party of Canada responded to requests for comment from PressProgress.