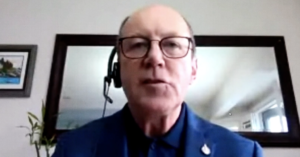 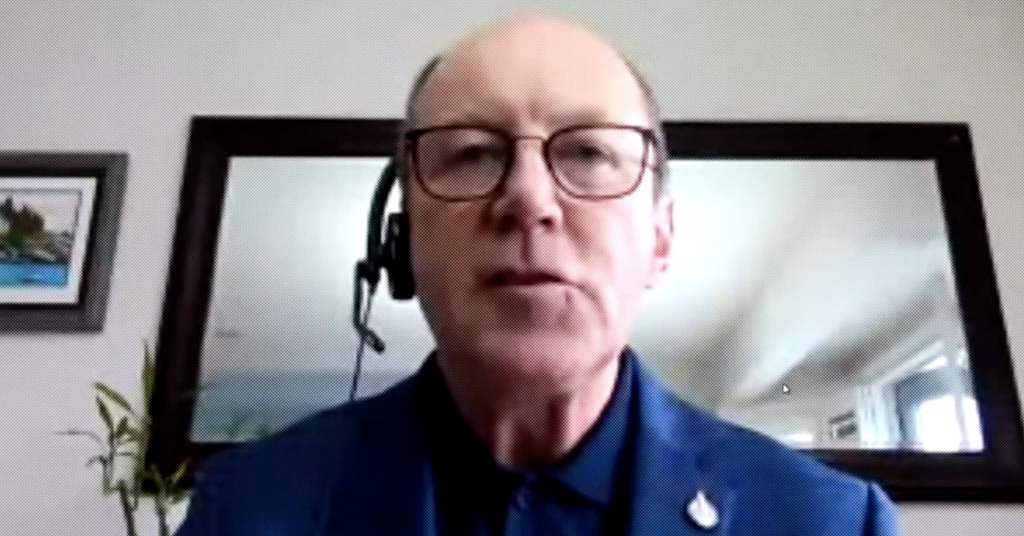 Conservative MP: People Need to ‘Take a Deep Breath’ and ‘Get Over’ Death of George Floyd

Conservative MP Kerry Diotte wants everyone to “take a deep breath” and “get over” the death of George Floyd before taking action to end police brutality.

Speaking to Edmonton City Council this week, Diotte sparked criticism after he told a special meeting on racism and police violence that the public is too “emotional” about police violence to consider “drastic changes to the way we do policing.”

“I’d suggest it’s only appropriate we all take a deep breath,” the Conservative MP said. “First let’s get over the anger we feel about Mr. Floyd’s death. Let’s talk about the very serious issue of policing when everyone’s had time to heal.”

Bystander video of the police killing shows an officer pressing his knee against Floyd’s throat as Floyd begs: “Please, please. I can’t breathe.”

“These are highly emotional, emotionally-charged times,” Diotte continued. “People are rightfully angry over the horrible death of Mr. Floyd. Many people are angry at all police and people in authority, so I believe this is not the time to be embarking on drastic changes to the way we do policing.”

“Chiefly, I’m arguing that people are too angry and raw right now over the senseless death of Mr. Floyd,” Diotte explained in a statement to PressProgress. “We should pause and take a deep breath, heal from his death, then delve into the complex issue of how we conduct policing.”

“I’d be willing to bet many city councillors might have the same experience if you disregard the complaint letters that are form letters as part of an orchestrated campaign.”

Diotte, a former journalist with the Edmonton Sun, has been a frequent source of controversy since he was first elected in 2015.

(2/2) But I’m not going to back down. I’ve always stood up against racism and hatred and I stand by my call for Diotte to apologize for praising and standing shoulder to shoulder with Faith Goldy. #yeg #cdnpoli

On Nov 5 2018, Kerry Diotte – Member of Parliament for
Edmonton Griesbach – sent me legal notice regarding tweets I made about him and his support for Faith Goldy – a white nationalist.

They gave me the deadline of Nov 7, 2018 to remove the tweets

This is what followed #cdnpoli pic.twitter.com/FejP6GSbhw

A number of offending tweets and articles made reference to the Conservative MP’s tweet thanking Faith Goldy for “making the media great again.”

The tweet was sent in February 2017, a few months before Goldy was fired from Rebel Media for appearing on a neo-Nazi podcast during a white supremacist rally in Charlottesville.

The Gateway, the University of Alberta’s student paper, settled the lawsuit and issued a retraction and apology before Diotte’s claim could be argued in court.

One student journalist targeted by the Conservative MP’s costly lawsuit commented that Diotte showed a lot of “nerve” by “telling racialized folks to get over their anger during an anti-racism public hearing at city hall.”

Remember when Kerry Diotte came after me with a SLAP suit after I called out his racism.

Well that man is telling racialized folks to get over their anger during an anti-racism public hearing at city hall today.

The full meeting is available here and Diotte posted a transcript of his speech to his website.

Update: This story has been updated to include a statement from Kerry Diotte which was received after this article was first published.