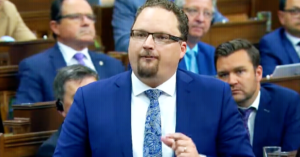 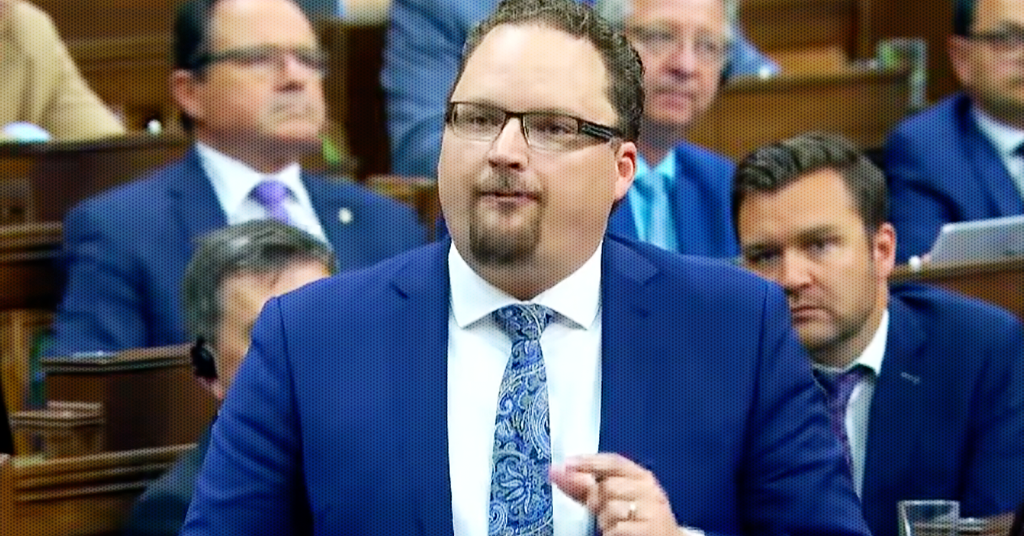 A Conservative MP from British Columbia is defending his office’s decision to bestow a “community hero award” to a local school trustee with a well-documented history of making anti-LGBTQ statements.

Mark Strahl, Conservative MP for Chilliwack–Hope, extended the award to local school trustee Barry Neufeld this weekend in recognition of his work “going above and beyond” to make Chilliwack “a better place during the COVID-19 pandemic.”

A certificate shared on Neufeld’s Facebook this weekend reads: “This award is presented to Barry Neufeld … Thank you for making a difference in the lives of the people who make our community their home.”

The award is signed by Strahl and includes his official Parliamentary seal.

Neufeld shared a link to a Rebel Media video titled “BC school board trying to remove trustee critical of gender theory,” discussing Neufeld’s opposition to the province’s SOGI-123 anti-bullying initiative. 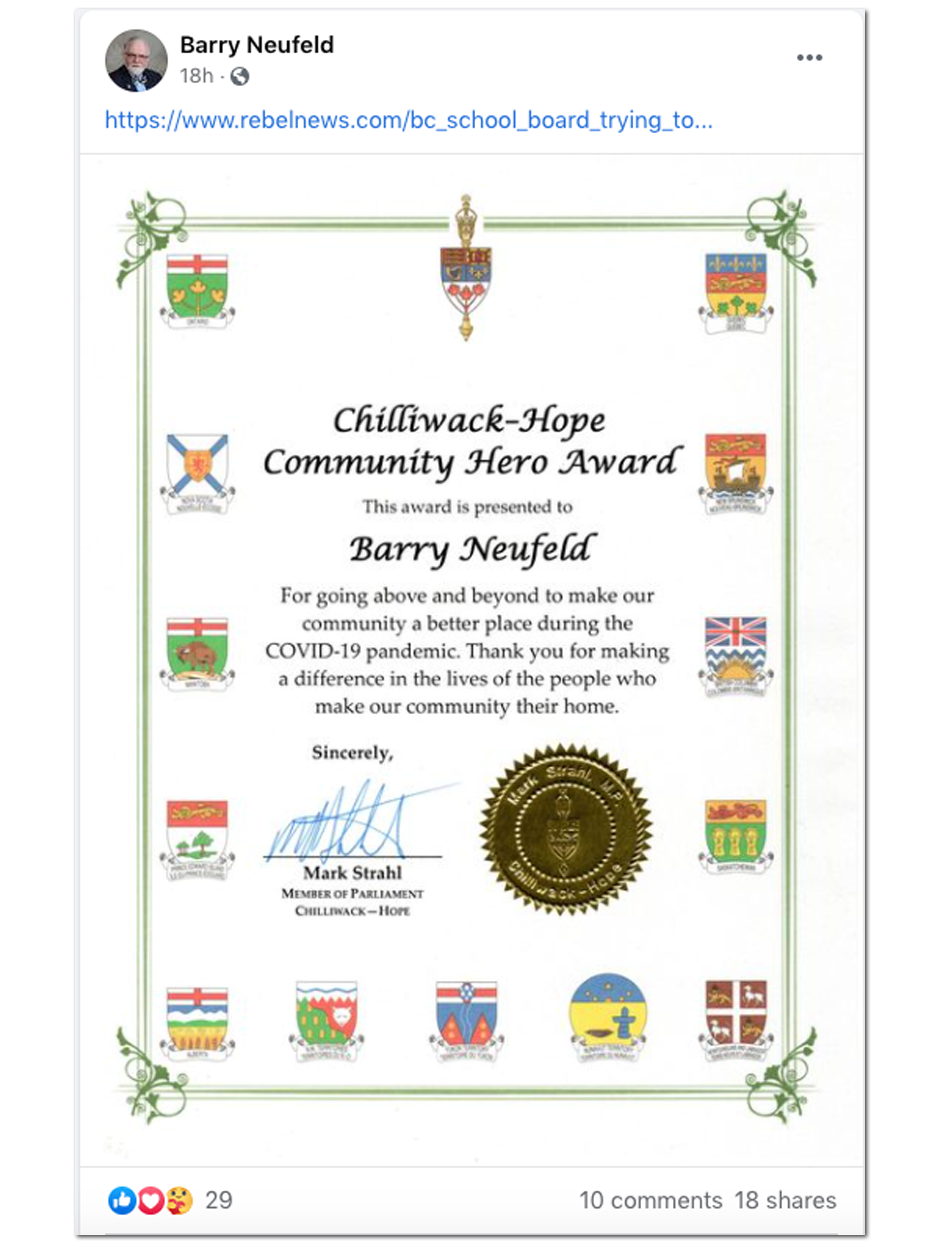 Strahl’s office did not respond to requests for comment from PressProgress.

But in a statement posted on Facebook Monday afternoon, the Conservative MP suggested his office’s decision to give Neufeld the award was outside of his control.

“More than 100 individuals, businesses and not-for-profits were nominated by members of the community to be Community Heros,” Strahl wrote.

“These awards in no way serve to endorse any recipient’s personal views, including those of Mr. Neufeld.” 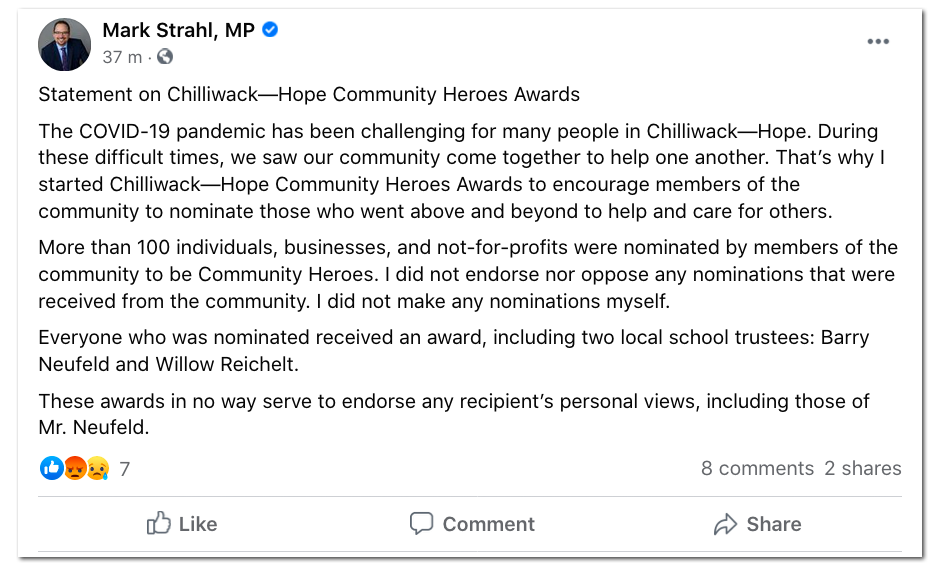 News of the award drew widespread criticism on social media, with some, like trans advocate Nicola Spurling, asking Strahl if the award was a “sick joke.”

The Chilliwack Board of Education censured Neufeld earlier this year after the trustee falsely accused Canada’s Chief Public Health Officer Theresa Tam of being transgender. Neufeld was also banned from school events.

That follows other controversies that saw Neufeld share anti-Semitic conspiracies, insist that Adolf Hitler had a high IQ and rail against “Pink Christianity” — Neufeld’s term for churches that push the gay agenda.

Neufeld also has a long record of denouncing SOGI 123 — an initiative designed to counter anti-LGBTQ bullying in BC schools — and has compared gender transitioning to “child abuse.”

Earlier this month, Strahl was one of two Conservative MPs who abstained from a vote on a federal bill to ban conversion therapy, an anti-scientific and abusive practice that aims to change a person’s sexuality or gender identity.