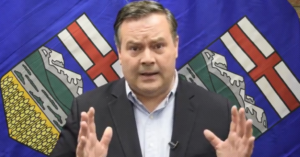 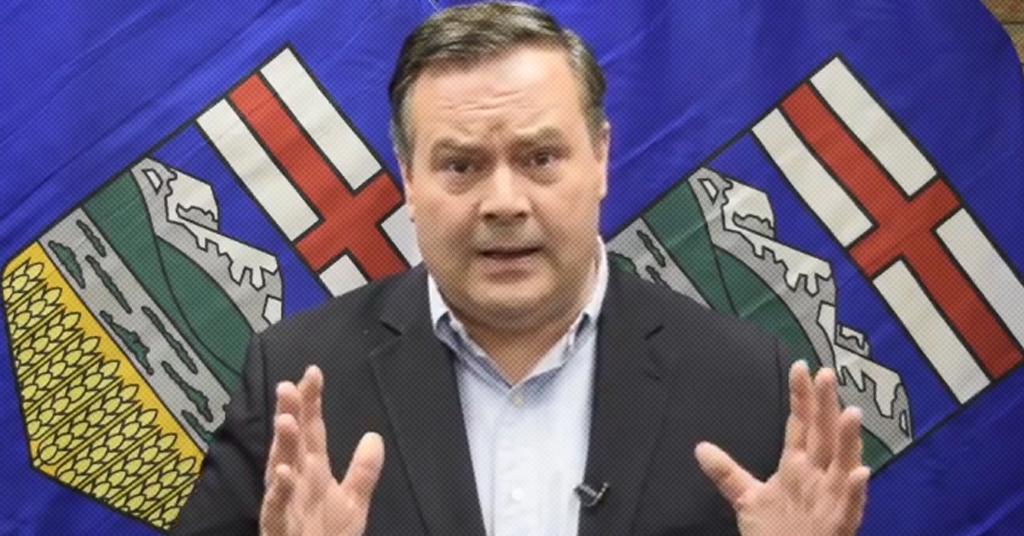 According to a draft list of policy proposals obtained by PressProgress, the party is currently considering debating a proposal that would see Kenney’s UCP champion American-style right-to-work legislation in Alberta – right-wing laws deliberately designed to weaken and bankrupt labour unions.

The proposal is backed by former Conservative minister Monte Solberg as well as the constituency associations of UCP MLAs Grant Hunter and Rick Strankman.

“No individual should be forced to join or pay for a union against their will,” the policy proposal explains, citing “misleading or intimidating union tactics.”

The proposed policy specifically calls on Kenney’s UCP to “protect and guarantee” the “freedom of association of individuals” by ensuring “employees who choose not to be members of a union will not be required to pay union dues.”

Right-to-work laws override existing labour laws by allowing workers in unionized workplaces to opt-out of union membership and paying dues – although this would go against a landmark Supreme Court ruling and would also be incoherent and unworkable, allowing non-unionized workers to get a “free ride” on the backs of their unionized co-workers.

Even former Alberta Premier Ralph Klein looked at right-to-work laws and concluded there is “no evidence of economic advantage to such legislation.”

Apparently the insiders and lobbyists backing the proposal feel differently.

Solberg currently heads New West Public Affairs, a lobbying firm that ran an anti-union astroturf campaign called “Keep Alberta Working” that was aimed at opposing reforms to Alberta’s labour laws in 2017 – before this, labour codes in the province had largely not been updated since the 1970s.

The astroturf campaign was backed by a coalition of large, deep-pocketed business associations, including the Alberta Hotel and Lodging Association, the Canadian Meat Council, Restaurants Canada and the Alberta Enterprise Group.

The document also indicates the UCP is considering debating proposals calling for the repeal of labour laws introduced by Rachel Notley’s NDP government, including Bill 17 “The Fair and Family-friendly Workplaces Act” and Bill 30 “An Act to Protect the Health and Well-being of Working Albertans” – legislation that updates Alberta’s occupational health and safety laws, strengthens employment standards and protects workers trying to unionize their workplace.

The document also details policy proposals from social conservative groups that would defund abortions and out students who join gay-straight alliances.