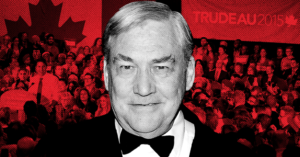 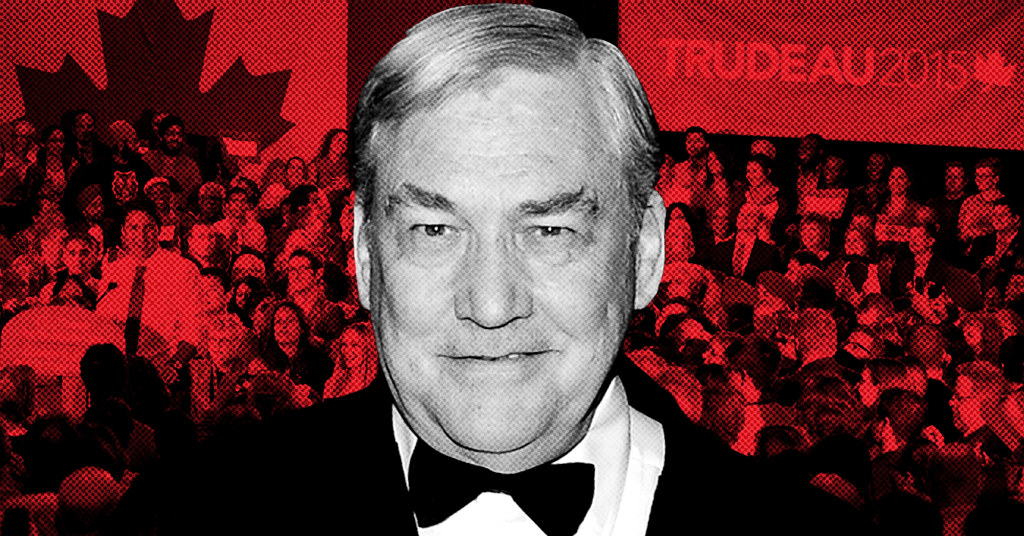 Conrad Black, founder of the National Post, formally renounced his Canadian citizenship in 2001

The National Post has launched a new database tracking political donations across Canada – and one of the first people exposed by this new era of transparency may well be the founder of the National Post itself.

Described as a new “data journalism project,” the National Post’s Follow the Money database helpfully combines data from “both the federal level and in every province and territory” to shine a light on over six million political donations spanning the last 20 years using an “accessible search tool.”

Today @nationalpost is launching Canada’s first ever national database of donations made to politicians. It reveals:

Foreign donations (from China and the United States)
6 million donations over 20 years
Biggest donors in every province and territoryhttps://t.co/PJNKpIhL7r

But a new analysis by PressProgress suggests one donation that could stick out from millions more was made by the Right Honourable Baron of Crossharbour: Conrad Black.

Records reveal Black, a convicted felon who founded the National Post in 1998 to “create a national platform for Canada’s right,” made a substantial donation to Justin Trudeau’s Liberals in advance of the 2015 federal election.

The $1,397.64 donation made under Black’s name in May 2015 to the Liberal Party of Canada uses a postal code that corresponds with the same block as a mansion in Toronto’s upscale Bridle Path neighbourhood that Black sold for $16.5 million in 2016.

The donation is remarkable for a few reasons, including that all indications suggest Conrad Black is not eligible to donate to Canadian political parties.

Under Canada’s election laws, only “Canadian citizens or permanent residents” are eligible to make political donations:

“Only individuals who are Canadian citizens or permanent residents of Canada can make a contribution to a registered party, a registered association, a candidate, a leadership contestant or a nomination contestant.”

In 2001, Black infamously renounced his Canadian citizenship in a bid to claim a British peerage and take a distinguished title as the “Right Honourable Baron of Crossharbour” – at the time, Black also complained that Canada was too “vanilla” for his tastes.

After spending several years in a US prison for fraud, the Harper government issued Black a temporary residency permit upon his release from prison in 2012.

According to court documents reviewed by the Globe and Mail’s Robert Fife in 2016, Black had been in Canada on a temporary residency permit up to that year.

In fact, according to his own lawyer’s statements to the Globe, Black possessed neither permanent residency nor citizenship in Canada as late as 2016.

Unless Black’s lawyer provided the Globe with inaccurate information in 2016, Black’s 2015 donation to Trudeau’s Liberals may require a closer look by election officials.

Asked if there are any circumstances where temporary residents would be allowed to make political donations, an Elections Canada spokesperson told PressProgress “only individuals who are Canadian citizens or permanent residents of Canada can make a contribution.”

“In the event a political entity accepts an ineligible contribution, within 30 days of becoming aware of the ineligibility the contribution must be returned unused to the contributor or if that is not possible, remitted to the Receiver General for Canada,” the Elections Canada spokesperson added.

Conrad Black did not respond to a request for comment from PressProgress.

“I was invited to a dinner at a friend’s home for Justin. I attended and paid the required amount for my plate but it was returned because of my immigration status.”

Update 2: The National Post reported Friday that both the Liberal Party of Canada and Conservative Party of Canada would be returning donations from Conrad Black after NDP MP Nathan Cullen filed an official complaint with the Commissioner of Canada Elections.

Black, who confirmed he is still currently a temporary resident, also made an illegal $1,550 donation to Maxime Bernier’s Conservative leadership campaign in April 2017.

In sharp contrast with Black’s initial response, a Liberal spokesperson told the Post the party only became aware of the illegal donation “this week” after it was first reported by PressProgress.

Black told PressProgress he “sent the money because a friend held a reception for Justin and asked for a contribution and I thought it was to him and not the Liberal Party,” adding he has had “similar problems” with donations to Maxime Bernier and failed Conservative nominee Bob Plamondon.

“I didn’t know I was contributing to a party, explained my status and was told it was fine.”

Black added that after his illegal donations are “rebated,” he may take Bernier and Plamondon out “to dinner with the proceeds.”