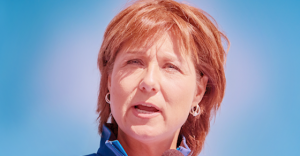 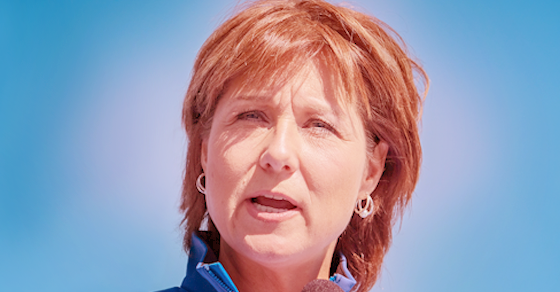 Christy Clark fooled British Columbia once. Is the BC Liberal leader now trying to fool everyone a second time?

Is the BC Liberal leader now trying to fool everyone a second time?

Earlier this year, Clark held a press conference where she admitted her government had failed to meet its own jobs targets but urged everyone not to worry because she had a whole new jobs plan hidden up her sleeve – innovation and high-tech.

What Christy Clark wouldn’t admit is that her 2013 promise to create 100,000 jobs and generate $1 trillion in new economic activity by creating an LNG industry was a complete “fantasy.” Her government inflated the size of BC’s buried treasure by a factor of 65 and the gas industry’s own figures suggested it would only create 200 or 300 jobs at best, not 100,000 jobs as Clark claimed.

But don’t worry. Even though that dream turned out to be a flop, Clark has a brand new dream and that dream is to build a second Silicon Valley in British Columbia:

“British Columbia can be the new Silicon Valley. It has to be, because we want our kids to have great jobs.”

Dozens of Fortune 1000 companies, thousands of start-ups and 250,000 tech workers are headquartered in Silicon Valley, how hard can that be? Piece of cake, right?

Well, for one thing, Clark’s government has outsourced most of the provinces technology contracts to multinationals, depriving local companies of opportunities to establish themselves and grow – according to The Tyee, 80% of staff working on one such contract (awarded to a foreign BC Liberal donor) are based in the United States.

For another thing, BC’s tech leaders say their ability to find skilled tech workers has become a problem under Clark’s BC Liberals.

In an open letter to Clark last year, business leaders at Microsoft, Electronic Arts, Hootsuite and a dozen other BC tech companies said BC wasn’t making the right investments in education to address this problem:

“Skilled graduates fuel the BC tech industry, yet we’re facing a significant shortage. In the period from 2012 to 2015, Vancouver fell ten places from fourth to 14th in an international measure of global tech talent. Worldwide, competition is fierce, as more sectors grow dependent on tech grads. Streamlined immigration and training can help. But there’s only one long-term solution: ensuring that our own colleges and universities are educating students for tomorrow’s careers.

This isn’t an abstract problem, but one we face now. This year alone, BC’s tech companies will be seeking thousands of new employees. New computer-science and technology graduates from BC’s post-secondary institutions simply cannot meet the demand for these well paying positions.”

Clark’s government responded by declaring BC would be “the first jurisdiction in North America to require coding in classrooms.”

Only problem? Clark’s Education Minister later told the Vancouver Sun their government would not offer new funds for the program and suggested kids “don’t actually have to be sitting in front of a computer” to learn computer skills.

Another obstacle to Clark’s grandiose dream is that tech workers can’t afford to live in the province.

Hootsuite CEO Ryan Holmes explained in a 2016 Financial Post op-ed that BC’s skyrocketing costs-of-living has become a major problem for his business:

“Unaffordability is emptying Vancouver of one of its most valuable assets — young people who grew up in the city and who are invested in it. As well, qualified newcomers who could bring talent, drive and vision to Vancouver are looking elsewhere. The projected closure of more than a dozen Vancouver public schools hints at the scale of the problem: Families can no longer afford to live here … More than just the promise of the tech economy is at stake. The cultural and creative capital Vancouver has accumulated for generations is being drained.”

It’s pretty hard to grow a tech industry when all the young, skilled workers are being priced out.

At the same time as the province’s wages have stagnated, BC families have seen rapidly rising costs for food, housing and child care.

Housing costs in metro Vancouver have risen dramatically under the BC Liberals – the cost of a detached home has jumped 19 times relative the median household income, while condos have increased six times the rate of incomes. Clark would have you believe she can build a “new Silicon Valley” without addressing any of these issues that have ballooned under her watch?