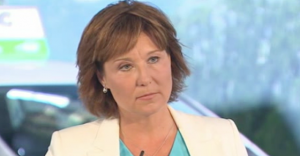 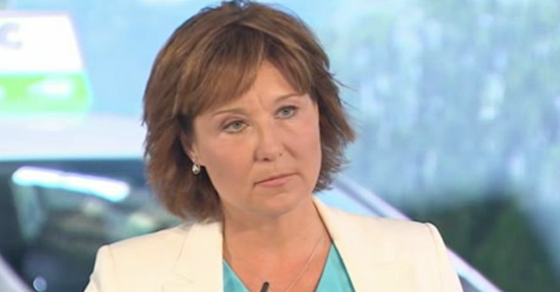 BC Premier Christy Clark's plan to tackle climate change is getting terrible reviews.

British Columbia Premier Christy Clark quietly unveiled her government’s new “climate leadership plan” on a late Friday afternoon in the middle of August before a backdrop of people dressed up as scientists in lab coats.

The good news, Clark explained, was that she was implementing “almost all” of the recommendations proposed by her government’s Climate Leadership Team.

The bad news? The plan, pieced together by a former Fraser Institute director who once suggested BC school children should be shown movies attacking climate science, accepted zero recommendations in full – and it’s getting terrible reviews for failing to meet BC’s own emission reduction targets.

Here’s how those experts reacted on Friday:

Being asked as member BC’s Climate Leadership Team what I think of this plan: Pathetic and cowardly. U can quote me #bcclimateplan #bcpoli

BC climate leadership fizzles. BC’s carbon emissions will be about same in 2030 as today. Not leadership. #bcpoli https://t.co/xwKRyGbVvP

Even Dr. Sybil Seitzinger of the Pacific Institute for Climate Solutions – the one expert Clark brought in to speak at the press conference – was highly critical of the plan:

Here are a few reasons Clark’s own experts aren’t happy:

Clark ignored key recommendations by the panel of experts

I sat on the BC Climate Leadership Team. Number of our 32 recommendations accepted in full today? Zero. #BCClimatePlan #bcpoli

This is not a climate plan. It’s not even policy. Its just PR #bcclimateplan #bcpoli

An early red flag might have been when Clark appointed Fazil Mihlar as the Deputy Minister for Climate Leadership – a central role in the creation of the policy.

Mihlar was a director of the Fraser Institute, an organization whose stable of right-wing “experts” routinely question the science of climate change. He was also an editor on the Vancouver Sun’s editorial page where he described “global warming” as “the latest weapon in the West’s arsenal to subjugate and impoverish millions of people in the Third World,” drawing parallels between environmental policies and the “racist behaviour” of European colonialists.

Meanwhile, the panel of experts appointed to help craft the plan – the Climate Leadership Team – has been raising concerns that Clark’s government was refusing to commit to their recommendations.

“If carbon pollution continues to grow as currently projected, B.C. cannot credibly call itself a climate leader. We’ll once again be part of the problem.”

The plan won’t put a tougher price on carbon pollution

Under new plan: Best-case scenario for British Columbia carbon pollution is that it will be the same in 2030 as it is today. Not leadership

One of the Climate Leadership Team’s top recommendations was to meet hard emissions reduction targets through stronger regulation of emissions and increasing the province’s carbon tax by $10 a tonne per year by 2018.

In the same editorial, the team noted:

“B.C.’s carbon tax has stalled at a level that is not providing enough incentive to reduce carbon pollution. To fix that, B.C. needs a stronger carbon tax and new and improved regulations that cover a broader range of emissions.”

But Clark’s Liberal government is already on track to miss its own legislated target a one-third reduction in emissions by 2020.

Under the plan, BC won’t even hit its own emission reduction targets

Fixed the graphic on p12 of BC climate plan. Now with projected emissions! Shows how big the gap is by 2050. #bcpoli pic.twitter.com/uZxeKbGXmV

BC’s carbon emissions have been rising since Clark’s government froze its own carbon tax in 2012.

The new plan’s emissions curbs mean the province will miss targets for 2020, 2030 and 2050. The measures outlined in the plan only represent a two-megatonne (Mt) reduction in BC’s annual carbon emissions over current levels by 2030. BC’s legislated emissions target for 2050 is 13 Mt.

As the Pembina Institute’s Josha McNabb points out: “under the Climate Leadership Plan released today, carbon pollution will not start to significantly decline for almost 15 years — assuming all the reductions in the plan come to fruition. This falls far short of the level of ambition needed to reach B.C.’s 2050 target and leaves the hard work for a later day.”