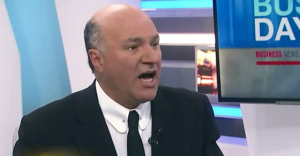 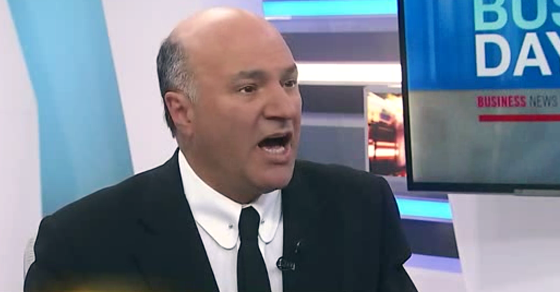 VIDEO: Celebrity millionaire Kevin O’Leary proposes “yes or no” referendum on all pipelines

"That's why I suggest, very inexpensive to do, a national referendum on only one question: pipelines, yes or no?"

“We’re stuck in a federal-provincial debate on that and we have to take the decision to the Canadian people through referendum,” the longtime resident of the United States recently told BNN’s Business Day.

He elaborates that his proposed referendum would be “very inexpensive” and would consist of “only one question: pipeline, yes or no?”

“What we need now more than anything else … are pipelines east and west,” O’Leary says, adding he has a simple response to provincial and municipal officials (and, presumably, First Nations) concerned about pipelines crossing their jurisdictions: “I don’t care what they think.”

Here is a short list of problems with O’Leary’s national referendum proposal:

1. There is more than one pipeline being considered

Although O’Leary’s referendum consists of “only one question,” in reality, several different pipelines are being considered, each with unique concerns – O’Leary says himself he wants to build multiple pipelines travelling in two different directions.

2. A referendum would, in fact, be a very expensive waste of money

“The other meaning of the word, and the one now meant in Canada, is the reference of a question to a popular vote, which is not binding on the government or legislature that referred it. A government or legislature may ignore the result and they have often done so. Thus the non-binding referendum is merely a kind of expensive public opinion poll.”

It’s unclear how much O’Leary thinks his referendum would cost, but the referendum on the Charlottetown Accord cost $165 million in 1992 dollars.

4. It’s not clear O’Leary would win a referendum

In British Columbia, 46% said they opposed Kinder Morgan’s TransMountain pipeline expansion while 42% were in support. Meanwhile, 52% oppose Enbridge’s Northern Gateway pipeline compared to only 41% who support it.

In Kitimat, BC (Northern Gateway’s final destination) a non-binding plebiscite saw residents vote overwhelmingly against the pipeline in 2014.

5. Even oil companies agree ignoring concerns is the worst possible way to get pipelines built

One of the biggest forces driving public opinion against pipelines in recent years was the former Harper government’s antagonistic approach to resource development.

Today, many Canadian oil companies fully acknowledge this “polarized debate about energy” did not advance their interests. They now see a more “collaborative approach,” including improving their “environmental credibility,” as critical if they hope to “expand market access nationally and internationally.”

6. The railway was built with the consent of provinces

O’Leary also points to “the railway” built “hundreds of years ago” as an example of a national project that didn’t allow provincial squabbling to get in the way of something that was “good for Canada.”