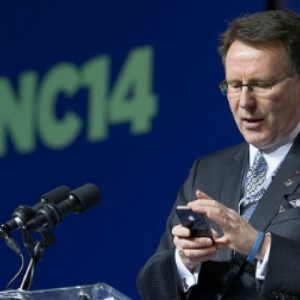 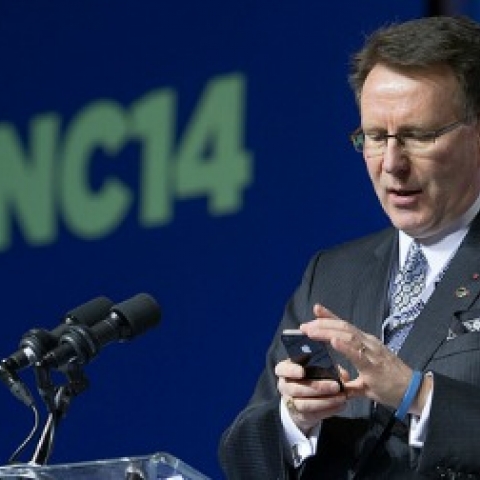 Canadian conservatives see themselves as the *real* victims. Here’s why they’re wrong.

What’s the one takeaway from last weekend’s Manning Centre Networking Conference — the biggest annual gathering of Canadian conservatives? By their own accounts, conservatives appear to see themselves as the *real* victims. The first sign of this came before anyone finished their morning coffee, during Rex Murphy’s welcoming remarks. In a fire and brimstone speech attacking “diversity” […]

By their own accounts, conservatives appear to see themselves as the *real* victims.

The first sign of this came before anyone finished their morning coffee, during Rex Murphy’s welcoming remarks.

In a fire and brimstone speech attacking “diversity” and claiming “ethnic, social, sexual, ideological and regional sub-sets” and their “ever mushrooming victim narratives” are threatening the purity and simplicity of the nation and citizenship itself, Murphy launched into his own “victim narrative” by claiming these various groups are using “political correctness” to silence the conservative movement:

“We avoid big issues like abortion. We avoid big issues like oil. We mute our comments on what is obviously and ostensibly in many cases just plain insane because we’ve got this, somehow or another, we bought into the atmospherics that our speech must be careful … We muffle our appreciation or we speak in code or we wait ’til the room is clear and have a real conversation. This is not the operation of full citizens. I know this is true, even on this ludicrous global warming…”

Yet earlier in his speech, Murphy justified the existence of a nation by pointing to the fact that we “built the codes … of dealing with each other” — “the idea that every member of Canada is a neighbour to every other citizen of Canada” is at the very “centre” of what it means to be Canadian.

Apparently Murphy thinks you should be able to wander into your neighbour’s backyard barbecue, tell a couple of off-colour jokes, challenge a female guest’s life choices and not be told to buzz off? In Rex Murphy’s Canada, those aren’t part of the basic “codes” of social etiquette Canadians abide by?

This pattern of conservative victimhood played out throughout the gathering:

In 2013, former Harper advisor Tom Flanagan found himself in hot water when a video uploaded to YouTube shared his views on child pornography:

“I certainly have no sympathy for child molesters, but I do have some grave doubts about putting people in jail because of their taste in pictures … It is a real issue of personal liberty: to what extent we put people in jail for doing something in which they do not harm another person?”

At a Manning Conference panel on “crisis communications in the age of social media,” Flanagan (who has since written a book titled Persona Non Grata about his experience) explained that his only fault was not flicking the switch between academic mode and political communications mode.

Flanagan proceeded to warn conservatives of the “social media torch and pitchfork mob” and compared himself to Justine Sacco — a woman whose off-colour tweet about race and AIDS in Africa trended worldwide on Twitter earlier this year.

Because people think telling women to get out of the workforce and make babies or referencing “brown people” is awful and derogatory and out of touch right?

Nope! The real culprit is that social media is “dominated” by an anti-conservative bias — mostly due to age demographics. So instead of questioning the beliefs underlying racially divisive and sexist comments that spark these “firestorms” in the first place, conservatives just need a good “filter.”

“[When] the social justice warrior mob erupts online they are very loud. There’s a lot of them, they are frequent in their tweets and their postings and that’s very, very intimidating. So even if you think you have allies, they will likely back down in the face of that and you will lose your friends. And you will be alone.”

3. Anti-union group says unions and the Supreme Court are threats to democracy

Meanwhile, other conservatives worried that things like collective bargaining and democratizing the Canadian workplace are somehow at odds with democracy itself.

“Canadian unions are the most privileged in the world,” said Catherine Swift of the anti-union group Working Canadians.

And when asked how he felt about right-to-work laws and the Rand formula, Conservative MP John Williamson (who made other gaffes during the same panel) had this to say about public sector unions:

“I think they can hold politicians and taxpayers hostage.”

See what he did with that last word? The very existence of a mechanism to balance out employee-employer relations — and maybe negotiate a fair wage — is apparently the same thing as making the employer completely powerless … just like a hostage-taking situation.

While talking about natural resource development, Finance Minister Joe Oliver took a moment to explain what this concept of “social license” is really about:

“What it speaks to — superficially — is democracy,” Oliver added, suggesting it undermines the authority of the “elected Government of Canada.”

So getting elected gives you carte blanche to do whatever you want even if it goes against public opinion?

And tax expert Jack Mintz described income splitting as a way of ending the “discriminatory” treatment of single-income families by allowing parents to “stay at home” so they can do “chores at home that you would otherwise have to hire people to do.”

Is that really a form of discrimination?

And Yukon Premier Darrell Pasloski, who described the Yukon as “beautiful below” and “above the ground,” had the following to say about enviromentalists in his territory:

“There are those would would turn us into a park.”

One of “those” people would appear to be the Manning Centre’s namesake — Preston Manning, who recently wrote:

“The words ‘conservative’ and ‘conservation’ come from the same root. Living within your means – something that fiscal conservatives believe in – is actually an ecological concept. You can’t take more out of a natural system than goes back into it.”

It seems the biggest threat to the conservative movement might just be those who set aside conservative ideals, ideals like personal responsibility, in favour of “ever mushrooming victim narratives.”

In other words, the biggest threat to modern day conservativism might just be conservatives themselves.