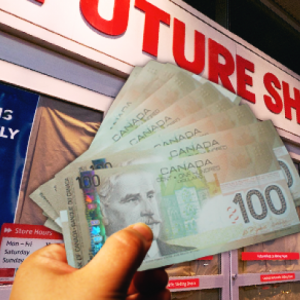 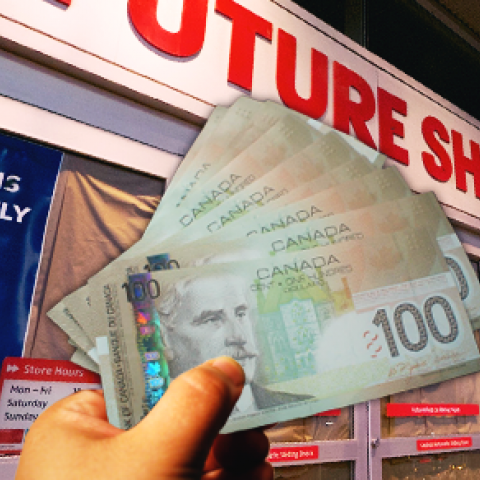 We’ve got good news and we’ve got bad news. First, the good news: Corporate Canada’s profits have hit a 27-year high, according to a new report by CIBC World Markets. Bay Street has never been happier, right? Well, there’s just one little catch: new Statistics Canada data shows the Canadian economy shrank in January. All those layoffs and store closures you’ve been […]

We’ve got good news and we’ve got bad news.

First, the good news: Corporate Canada’s profits have hit a 27-year high, according to a new report by CIBC World Markets. Bay Street has never been happier, right?

StatsCan reported Canada’s GDP fell 0.1% in January (that’s the total value of all the goods and services within a country — often looked to as a sign of economic health). By contrast, CIBC reported that corporate profit margins hit a record 27-year high in the fourth quarter of 2014.

“Profitability remains high even though the real economy is not doing well and wages are stagnant,” said economist Andrew Jackson, the Broadbent Institute’s senior policy advisor.

So, it doesn’t seem like those corporate profits are trickling down to workers or creating well-paying, stable jobs (a recent study showed Canada’s job quality at a 25-year low).

Here’s what all of this looks like in six charts:

1. Corporate Canada’s profits are through the roof

Corporate Canada can thank “soft” labour costs (a shrinking labour force and low Canadian dollar) for this boost in profitability. Profit margins are currently at 8.2%, according to a CIBC analysis of StatsCan data. (By the way: Corporate Canada leads the way in global cash hoarding.) 2. And yet Canada’s economy is edging down

Meanwhile, StatsCan says manufacturing is down 0.07% — as jobs in the sector plummet to a near record low. Many economists — and even banks — had thought the lower Canadian dollar and low price of oil might help boost Canadian manufacturing.

Even retail fell 0.05%, a bad omen for the economy — given 38% of the new jobs created between 2006 and 2014 were in the lowest wage category, sales and service occupations (which includes retail). Here is StatsCan’s January sector data: A report from the United Nations’ International Labour Organization lays blame for stagnating wages on profit-driven ‘trickle down economic’ policies that grind down collective bargaining institutions, labour unions and minimum wages, while simultaneously distributing profits up the drain by “exempting capital gains from income taxation, or reducing the corporate income tax.”

The International Labour Organization recently showed how the gap between the two is growing in developed countries around the world, including Canada: For a national breakdown, Armine Yalnizyan of the Canadian Centre for Policy Alternatives crunched StatsCan data to show how average Canadians have seen their wages flatten out since 2008:

So, productivity and corporate profits are up! You’d think that might help the average Canadian worker, right? But the quality of Canadian jobs has hit a 25-year low, according to another recent CIBC report: As CIBC’s deputy chief economist put it: “Our measure of employment quality has been on a clear downward trajectory over the past 25 years.”

5. And this is how labour costs in Canada stack up against rising profit margins, according to the new CIBC report:

Curious how corporate profits seem to rise while the amount of money they pay their workers seems to decline?