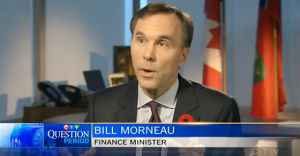 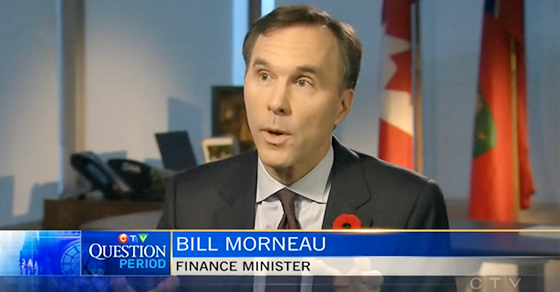 Think Canadians deserve to know what elected officials plan to do with their money?

Pressed for details on how his newly announced infrastructure bank is going to work, Finance Minister Bill Morneau repeatedly dodged questions about whether his government’s vision of the future includes privately owned toll highways and bridges, only offering this non-answer instead:

“Sometimes you just won’t get an answer.”

That was Morneau’s final answer to a pretty straight forward question about the Liberal government’s public-private infrastructure plans: “is Bill Morneau against tolls?”

The plan would see $15 billion in previously announced funding for what was largely “socially useful, non-commercial projects” redirected to projects that have “revenue-generating potential” for private investors.

In addition to being a more expensive way to finance infrastructure projects, it also likely means road tolls and user fees on infrastructure funded partly by the public but owned and operated by private interests – it’s unclear how the projects would generate revenue otherwise.

In practical terms, money the Liberals promised during the 2015 election campaign and during the 2016 budget for public transit, sustainable development, affordable housing and indigenous communities will be spent on privately owned toll roads designed to generate profits for investors instead.

“You get into business on these P3s, these private-public partnerships and guess what they want? They want their money back. They want a return investment before the government. You’re at the bottom of the waterfall, they’re at the top. So they say: okay, you want to build a bridge? Toll it. You want to build a road? Toll toads. Is Bill Morneau against tolls?”

Morneau didn’t have a yes or no answer.

In a meandering response, Morneau began by emphasizing that “what other parties may think is for me much less relevant than what Canadians want,” but then went on to talk about “what we’ve heard from international investors that want to be invested in our infrastructure projects.”

After a few attempts at trying “to get an answer out of you” on his position on tolls, Morneau finally leveled with Solomon:

“Sometimes you just won’t get an answer.”