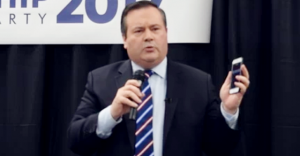 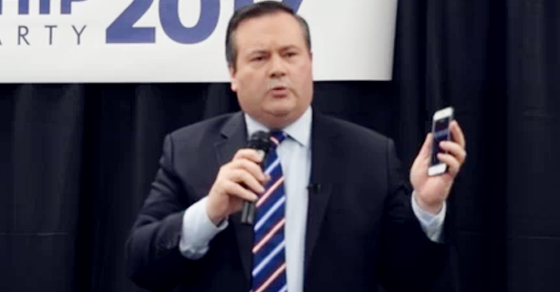 Calm down, Jason Kenney: Alberta is still the lowest taxed province in Canada

The data shows Kenney and his anti-tax hysteria is completely disconnected from reality.

What universe is Jason Kenney living in?

And you’ll hear the same over-the-top anti-tax hysteria from others on Alberta’s right, as well:

Fillin’ up the truck & every jerrycan I can find before the Carbon Tax strikes at midnight. #ableg pic.twitter.com/HK9KpU5j4P

Well, it turns out the data shows Kenney and his friends are completely disconnected from reality.

University of Calgary Economics Professor Trevor Tombe recently crunched some numbers and offered a much less nightmarish picture of where Alberta stands on taxes and spending.

For example, when it comes to size of government, Alberta has the lowest share of revenue and spending out of any province in Canada – suggesting Alberta has a revenue problem, not a spending problem:

Size of governments, by province. Revenue and spending as share of each province’s economy for 2016/17. #ableg #cdnpoli pic.twitter.com/CGRVMPrQSj

And what about taxes?

Yep, Alberta still has the lowest provincial taxes in Canada too:

If you add that to the total, here’s what 2017 looks like compared to 2016 – Alberta’s still the lowest in Canada, once again:

@colbycosh @bcshaffer Here’s a comparison btwn 2017 (w/ CTax). About ~0.2% higher. (Note: could change with budget in a few months.) pic.twitter.com/qlSafmrDPw

So, to sum up: Kenney says Alberta is being “destroyed” by taxes, and yet Alberta has the lowest taxes of any province in Canada – including Brad Wall’s apparent “socialist” utopia next door in Saskatchewan.

Of course, the real issue isn’t whether taxes are low or high. The real issue is whether or not provinces are generating enough revenue to invest in communities, things like schools and hospitals, as opposed to, say, subsidizing millionaires or snowmobile enthusiasts.

Those are a few things Kenney can tell you more about:

Socialism: taking ever more money from people in the belief that politicians & bureaucrats know better how to spend it than taxpayers do. https://t.co/5lkNmf2IjB

A reasonable description of government spending during your time in federal cabinet on things like venture capital and snowmobile trails… https://t.co/R8uFooAl2o