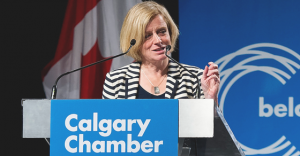 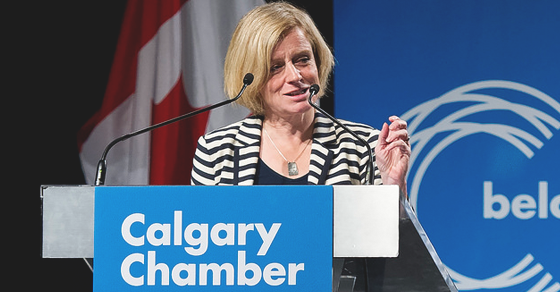 On its blog this week, the Calgary Chamber of Commerce indicates it supports the province’s proposed carbon pricing plan:

“On balance, we think the carbon tax provisions of the new climate change policy underscore how an energy-producing jurisdiction can successfully implement carbon pricing policy in a way that reduces emissions while protecting the competitiveness of key industries.”

“The status quo is not an option,” the Chamber adds. And pretending it is an option “will only lead us astray and hurt our long-term competitiveness.”

#yyc Chamber of Commerce: “Our initial review suggests this policy framework is the best way to reduce GHGs while protecting our economy.”

Explaining their rationale, the Chamber says the premise of carbon pricing “lies in the recognition that global climate change will have major economic costs.” And pricing carbon, they point out, helps “internalize the major economic and social costs associated with carbon emissions.”

The Chamber cites “an overwhelming consensus among top economists that a carbon tax is one of the most efficient and least-intrusive ways of mitigating C02 emissions” and predict Alberta’s specific plan to price carbon will “help better position Canadian businesses to compete in a ‘cleaner’ global economy.”

Not only that, the Chamber says the new plan might just bring new money into Alberta’s economy:

“The plan can also help us attract capital for technologies that will support the clean ambitions of our energy industry. Ultimately, if the by-product of an increasingly-stringent carbon tax on the oil and gas industry (and now end-users as well) is increased investment in facilities that meet and exceed globally-credible performance benchmarks, we see that as emboldening our competitive advantage in the long term.”

However, the Chamber’s one concern relates to “the purported ‘revenue neutrality’ of this proposal,” suggesting they would prefer the $3 billion raised by the plan be “directed towards reductions in personal or corporate income tax, or other tax measures that return the revenue to Albertans.”

But some point out this concern relies on a narrow view of revenue neutrality favouring tax cuts, and that can be counterproductive to a meaningful transition to a low carbon economy.

As energy and environment writer David Roberts explains in Vox, “the revenue won’t go to lower taxes,” but “it’s being cycled through the Alberta economy in visible, transparent ways,” making the plan “substantively better.”

He notes the five-member Alberta Climate Leadership Panel recommends using revenues to “offset impacts on low and middle income households” with a “bi-annual consumer rebate” which would actually see those households receive a “small net gain in total income.”

The panel also recommends investing in complimentary policies like energy efficiency, technological innovation, green infrastructure and supporting workers and communities through the transition.