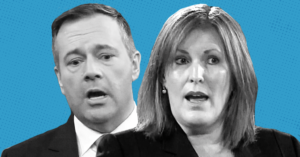 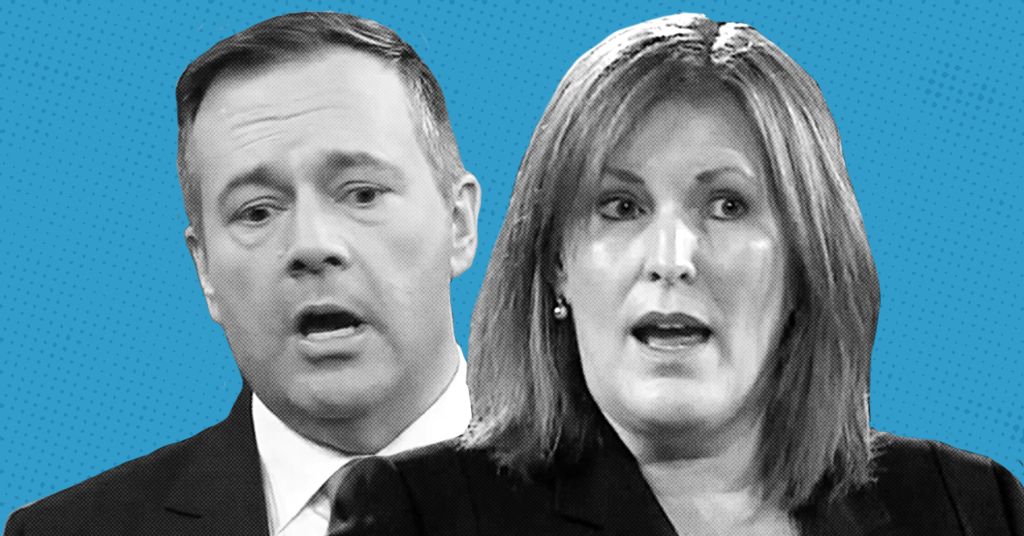 The Calgary Herald has removed at least a dozen columns by right-wing columnist Licia Corbella from its website, a new analysis by PressProgress has found.

That includes one column explicitly endorsing Jason Kenney for leader of Alberta’s United Conservative Party that was published during the three-day voting period of the 2017 UCP leadership race.

NEW: Postmedia has given a directive for all of its papers to shift to the political right, in an unprecedented, centralized fashion.

An inside look at the conservative overhaul of Canada’s biggest newspaper chain: https://t.co/ByqnGAu5mP

According to Canadaland, which interviewed 30 current Postmedia employees, the newspaper chain is currently planning to “double down on what management calls ‘reliable conservative voices’.”

And Alberta will reportedly play a central role in the media conglomerate’s project.

Postmedia has already hired Jason Kenney’s former campaign director to lobby the UCP government for a lucrative deal to publish anti-environmental advertorials in its newspapers while former Postmedia columnist Claudia Cattaneo was recently hired to lead Kenney’s $30 million war room to lead the attack on environmentalists.

That’s one reason it was a little awkward when it was revealed earlier this month that Calgary Herald columnist Licia Corbella was actually a card-carrying member of the United Conservative Party in 2017.

NEW: I learned that Calgary Herald columnist Licia Corbella, who has written in favour of Jason Kenney and his United Conservative Party including during the 2019 Alberta election, was a member of the party and voted in its most recent leadership race. The Herald’s response: pic.twitter.com/ywZDEDnz4x

Despite claiming she was an impartial observer, Corbella published a number of columns sympathetic to Kenney during the 2017 UCP leadership race.

In fact, one day before the leadership vote, Corbella endorsed Kenney for leader. On October 27, 2017, she wrote Kenney is “quite simply, a force of nature — compelling, sharp, humorous, principled and articulate like few others.”

“He doesn’t have a stop button,” Corbella wrote. “Kenney sets and then gets goals done.”

Corbella: All #UCP leadership hopefuls are great choices but Kenney is best. Here’s y I think so: https://t.co/iqY7LUcpTo #abpoli #ableg

On August 5, 2017, Corbella also profiled Jeff Callaway in her column five days before he actually launched his UCP leadership campaign.

“I don’t want to let all of my tricks out of the bag yet,” Callaway told Corbella, “but I’ve got some pretty bold, visionary ideas.”

Today, Callaway is better known as Kenney’s “kamikaze candidate,” a campaign said to exist for the sole purpose of attacking Kenney’s main rival Brian Jean. To date, Callaway’s campaign has racked up $163,850 in fines over irregular donations.

“It’s no secret that Callaway has not been a big fan of Jean’s leadership for some time now,” Corbella remarked at the time.

Two years later, the Herald has retracted both columns — at least a dozen in total.

“A Postmedia spokesperson said the company has now removed from the Herald’s website seven columns Corbella wrote about the UCP while holding a party membership.”

An analysis by PressProgress of cached copies of the Calgary Herald’s website reveals that at least 13 columns written by Corbella between May 2017 and May 2018 recently disappeared from the Herald’s website.

The columns appear related to the 2017 UCP leadership race, as well as topics generally relating to provincial or federal politics.

Calgary Herald editors directed PressProgress’ inquiries to Postmedia’s corporate head office in Toronto, but a Postmedia spokesperson did not respond to a request for comment from PressProgress.

Corbella says she is currently on vacation and not responding to e-mails.

Below is a list of Licia Corbella’s retracted columns, along with links to copies of the original text:

“Nuance needed in GSA rules — binary is so last century”

Summary: Corbella reveals that she found something suspicious while she was crunching numbers on Statistics Canada’s website  (Original text).

“UCP leadership battle one of quality”

“All UCP leadership hopefuls are great choices but Kenney is best”

Summary: Corbella thoughtfully explains why she thinks Jason Kenney should be the leader of the United Conservative Party (Original text).

Summary: Corbella returns to the question of Gay-Straight Alliances, warns GSAs could “lead to the death of children” (Original text).

“What do women want? Don’t ask Morneau, he hasn’t got a clue”

Summary: “Most of my girlfriends would rather be stuck in a room with Harvey Weinstein for a week than get a job in technology,” Corbella writes (Original text).

Summary: Corbella shares several loosely-connected thoughts about why she does not support Justin Trudeau (Original text).

“NDP MP has thankfully painted herself into a corner”

As some may recall, the story in both of these articles is eerily similar to one peddled by John Carpay’s JCCF (Carpay, remember, compared the pride flag to a swastika). This case was also a Kenney talking point during the AB provincial election https://t.co/QXXhM65fby

If you find anymore retracted Licia Corbella columns, drop us a line and we’ll be sure to update our story: tips@pressprogress.ca