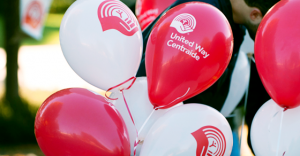 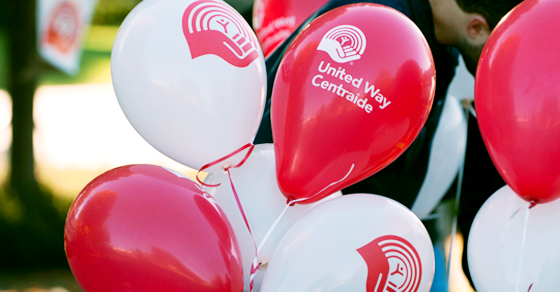 Someone with the courage to stand up to the United Way and their “mass unemployment” agenda!

Wait, the United Way!? Mass unemployment!? What the dickens is going on here??

In a bizarre string of tweets this week, Dan Kelly, the CEO of one of Canada’s largest business lobby groups, called on smaller companies to consider boycotting the United Way, one of Canada’s largest charities focused on poverty, homelessness and related social issues for “advocating measures to kill” small and medium sized businesses, as well as, um, “mass unemployment.”

This comes on the heels of an Ottawa Citizen report last week linking a Canadian Federation of Independent Business phone number to a secretive anti-union group called Working Canadians. The snafu resulted in a paid employee leaving CFIB “effective immediately.”

So what sent Kelly off-the-rails this week?

A new living wage report by the Nova Scotia office of the Canadian Centre of Policy Alternatives, published in partnership with United Way Halifax. It found that a person working a full time, full year job in Halifax would need to be paid $20.10 an hour.

And what happened next?

Kelly called on small businesses to “rethink participation” in the United Way’s charitable activities due to their “growing role as a left-wing advocacy group”:

So many great charities out there. I encourage small firms to support them directly rather than through a third party.

The report itself calculates the cost of food, shelter, clothing, transportation and raising children for the average Haligonian at $20.10/hr (at 35 hours per week), pointing out “some 40% of children living in poverty in Nova Scotia live with at least one full-time, full-year wage earner.”

And aside from the economic security of families, the report also specifically addresses arguments that higher wages are bad for business, citing evidence that paying a living wage decreases turnover rates, attracts more highly skilled workers, improves productivity, quality of work and the overall competitiveness of businesses.

Employees who are paid adequately, the report notes, expand the tax base, decrease reliance on government benefits and stimulate the economy — because people have more money in their pocket to spend money.

Here’s how people reacted to Kelly’s call for a boycott:

@CFIB What? I had to read twice. You do not reflect many business owners who support United Way. Should we boycott CFIB member businesses?

The @CFIB is attacking #UnitedWay for trying to address poverty. This is why as a business owner I’ll never join #CFIB #cdnpoli

It’s about time someone but the United Way in its place. Imagine, helping people! How leftist! Watch out old ladies, you’re next! #cfib

@CFIB. Seriously! Shame on you for shunning the United Way and the great work they do!!

Oh, nice, the @CFIB is attacking the United Way. Profits first, community second. Is that how it works? No!

But on Wednesday afternoon, Kelly appeared to be walking back his calls for a boycott of the United Way:

With all the supportive tweets I’ve had this week, I’m ready to take on Santa Claus next. Wish me luck!

Good talk w the Chair of @uwaysc today. Happy to clarify that my concerns were w the report in Halifax. Other regions take other approaches.