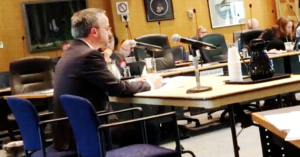 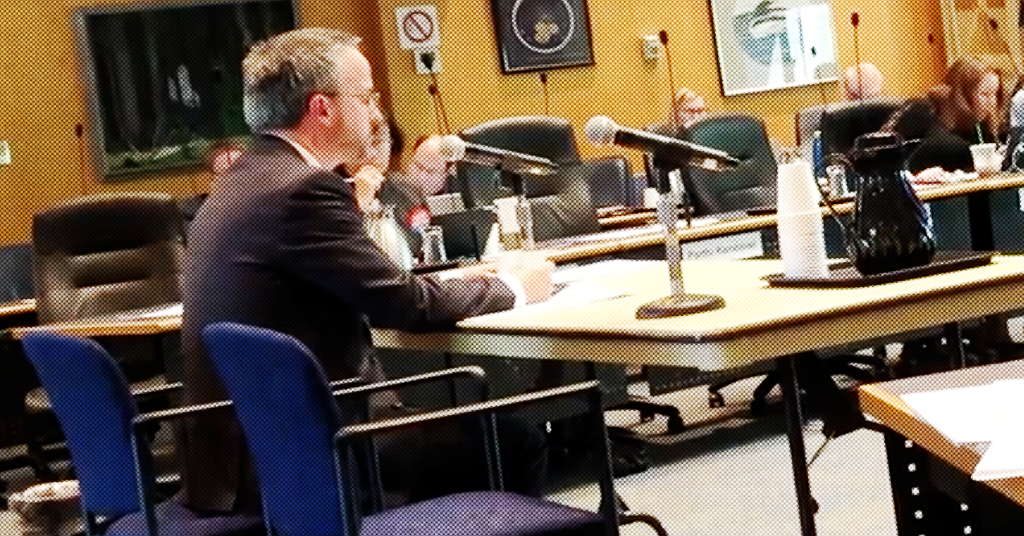 Business Lobbyists Are Trying to Change TDSB Rules To Get Rid of Unionized Jobs. Here’s Why That’s a Bad Idea.

The Ford government’s Bill 66 allows school boards to adjust for deep cuts by declaring itself a “non-construction employer,” opening up maintenance and construction work potentially to non-union contractors.

Here’s why that’s a bad idea.

“We are here today to urge you to embrace Bill 66, this legislation allows the board to save millions of dollars in construction work. These savings would go a long way to addressing your budget shortfall,” Reid told the board.

“Bill 66 opens up construction competition across Ontario” he said “so all qualified companies and all qualified workers get an equal opportunity to work.”

In his deputation, Reid insisted insist the answer to the board’s cut-induced budget woes is to pursue contracts with non-CLC-unionized construction companies.

Except, Reid noted, for a “wrinkle” in the legislation that allows the TDSB to opt-out. That means it would continue employing construction workers under collective agreements with the Maintenance, Construction and Skilled Trades Council. As noted by the Star, this week, the city of Toronto has the same opportunity.

Reid insisted, however, if the TDSB were to contract-out its skilled trades work, it could save 8-15%.

But, the Ontario Construction Secretariat noted, this same figure was offered by the social conservative think tank Cardus.  And it hasn’t been found to be particularly reliable.

“It is unclear how much increased competition the City will receive on its construction tenders as a result of becoming a non-construction employer and consequently it is not possible to determine with any certainty what, if any, savings will result.”

Further evidence of this is seen in the existing open-tender process for both the TDSB and city as a whole.

Jim Hazel of the MCSTC noted in his deputation, the current regime sees the TDSB negotiating its agreements directly with workers represented by the Maintenance & Construction Skilled Trades Council, for work costing below $1.725. Work above that cost was open, under the existing regime to non-union and even CLAC (Christian Labour Association of Canada) contractors.  But, as the OCS noted, a look at the city as a whole found 85.7% of these openly-tenured agreements end up up being awarded to the building-trades-unionized-contractors, owing to their “productivity and safety advantage.”

But there is the potential, in the drive to meet the shortfall driven by Premier Ford’s reckless cuts, not opting out could open up contracts to non-union contractors. And it is fairly well established that they do not have the same safety advantage.

Back in 2015, the Institute For Work And Health found contractors unionized with the building trades had a 23% lower rate of lost-time injury rates, 17% lower musculoskeletal injury rates and 29% lower critical injury rates.

Although comparable data doesn’t exist for CLAC contractors, which is closely tied to the Reid and the PCA, CLAC doesn’t have a great reputation.

As reported previously, The Christian Labour Association of Canada, is a self-described “independent, all-Canadian labour union” which, according to academics and union activists, helped employers undermine pay and conditions.

Open bidding to these non-building-trades contractors could depress safety standards and conditions across bidders.

Reid told the committee: “We’ve been vocal advocates for this (open-bidding) for years. As you know there is an opt-out clause, if the TDSB opts out it will continue paying inflated construction costs and block qualified skilled tradespeople for no good reason.”

He remarked that “simply by doing nothing, and allowing yourselves to be covered by Bill 66 it will result in many cost savings that will make many program and service cuts unnecessary.”

But of course, Reid’s organization has also been lobbying the Ford government for cuts to union protections for several months.