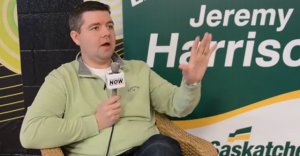 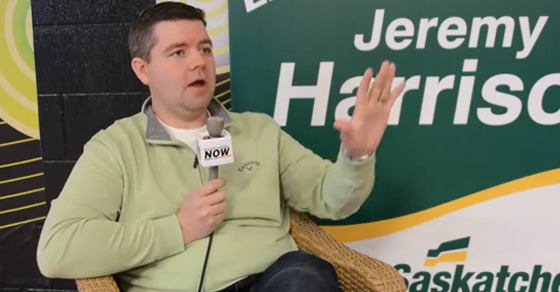 Here are a couple of dubious statements about carbon pollution for you.

Here are a couple of dubious statements about carbon pollution for you:

He also thinks the province’s carbon capture and storage technology will eliminate virtually all carbon emissions, although this also turns out to not be true.

Harrison, who is currently running for re-election in a province that has the highest per capita greenhouse gas emissions in Canada and led by a Premier who is vocally opposed to carbon pricing, was recently asked for his opinion on carbon taxes by local news outlet Meadow Lake Now.

So, what exactly does he think?

The former Harper backbencher turned Brad Wall’s Associate Minister of the Economy for Trade, Tourism, Innovation and Immigration told the local paper that carbon taxes “have nothing to do with reducing the amount of carbon going into the atmosphere” and added they have no impact “with respect to a reduction in carbon”:

“I think if you look at carbon taxes introduced in other jurisdictions have nothing to do with reducing the amount of carbon going into the atmosphere. They’re taxes. They’re revenue measures. They’re not actually having any impact on behaviour with respect to a reduction of carbon.”

But let’s say you do look at other jurisdictions, as Harrison suggests – it turns out the opposite of what he claims is true.

British Columbia’s total carbon emissions dropped 10% within five years of that province introducing a carbon tax, even as BC’s economy continued to grow. Fuel consumption in BC also dropped 17.4% at the same time as it grew 1.5% in the rest of Canada.

And that’s not the only fact Harrison has trouble getting straight.

On the topic of Saskatchewan’s Boundary Dam Carbon Capture and Storage Project (CSS), Harrison appears to be under the impression carbon emissions are being reduced by as much as 98%:

“We’re doing something real, the carbon capturing storage facility at Boundary Dam has actually made a real difference in terms of reducing the amount of carbon going into the atmosphere by a very large and quantifiable amount … this is the sort of project that reduces carbon emissions by 98 per cent.”

First of all, no one – not even proponents of the $1.5 billion CCS project – ever suggested it would capture 98% of all carbon emissions. The official number is 90%.

But despite that official number, in reality, the CCS project has struggled to capture less than half that total.

“Carbon capture and storage will never be able to accommodate all of the carbon dioxide we emit now. And quite frankly, carbon capture would have trouble just keeping up with the increase in coal consumption,” the MIT Technology Review stated a few years ago.

The project has even lost support from U.S. Senator Joe Manchin – someone Wall once touted him as a supporter – who said the project has “failed” to live up to its lofty promises on capturing carbon emissions.

When asked by a local reporter about “what happens in 50-60 years” when you can’t store anymore underground, Harrison had difficulty answering the question.

“I’m not an expert on how the actual storage facilities are set-up,” Harrison said, but assured the reporter “my understanding is there’s a very long time frame, though.”

SaskPower says it will have a 30-year lifespan, something that is expected to cost taxpayers an additional $1 billion over its lifetime.

One billion dollars? Now that sounds like a carbon tax.