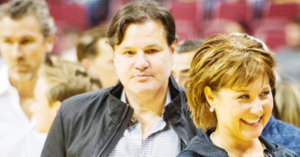 A family of high-end BC Liberal donors accused of bullying and mistreating its employees is also accused of consistently subjecting migrant farmworkers to dangerous working conditions for over a decade.

The Aquilini family, whose $3 billion fortune is linked to agriculture and real estate, gave the BC Liberals $1.6 million between 2005 and 2017, including $25,000 to ex-premier Christy Clark’s 2010 leadership campaign and $5,000 to current BC Liberal leader Andrew Wilkinson’s campaign in 2017.

The migrant farmworkers also alleged they were routinely harassed, intimidated and threatened with deportation by management on the family’s farm.

Workers singled out Luigi Aquilini, a major BC Liberal donor, for personally denying farmworkers access to water until they picked 15 pounds of berries in an hour.

Vice News reported female migrant workers at the farm said they were sexually harassed and threatened with deportation by the farm’s male employees.

The Aquilini Group previously issued a statement claiming its former employees’ allegations were “unfounded and false.”

This letter went out to media seeking a response to allegations made by temporary foreign workers at our Golden Eagle Farm. pic.twitter.com/6Xd9Q3Ao2p

But the former employees’ accounts come after WorkSafe BC slapped the Aquilinis with a $53,000 penalty earlier this month for using unsafe vehicles to transport workers. The Aquilini family also had to pay out $133,000, following complaints the billionaire family underpaid 174 Guatemalan berry workers last summer.

Canadian Business listed the Aquilini family as Canada’s 27th wealthiest in 2018, with a net worth of $3.3 billion. In addition to Golden Eagle farm, the family owns a multi-billion dollar real estate development company, as well as the NHL’s Vancouver Canucks.

And, the most recent penalties against the Aquilini family follow a long history of workers and regulators finding the billionaire family mistreated its very vulnerable employees. For example:

Despite their track record following provincial labour laws, the Aquilinis maintained cozy relations with the old BC Liberal government.

Francesco Aquilini, dubbed the “public face” of the multi-billion dollar family operation, reportedly “had access” to Clark’s office during her premiership. The Tyee remarked this access was a “valuable connection given the conglomerate’s various projects in BC.”

Those changes included reducing minimum piece-rates paid to workers by 4% and excluding workers paid on an hourly basis from receiving statutory holiday and vacation pay.

“Their options for finding alternative employment are few and they have little power to challenge poor working conditions. If they are sponsored, they often feel compelled to repay their families for bringing them to Canada and supporting them here.”