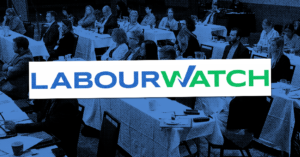 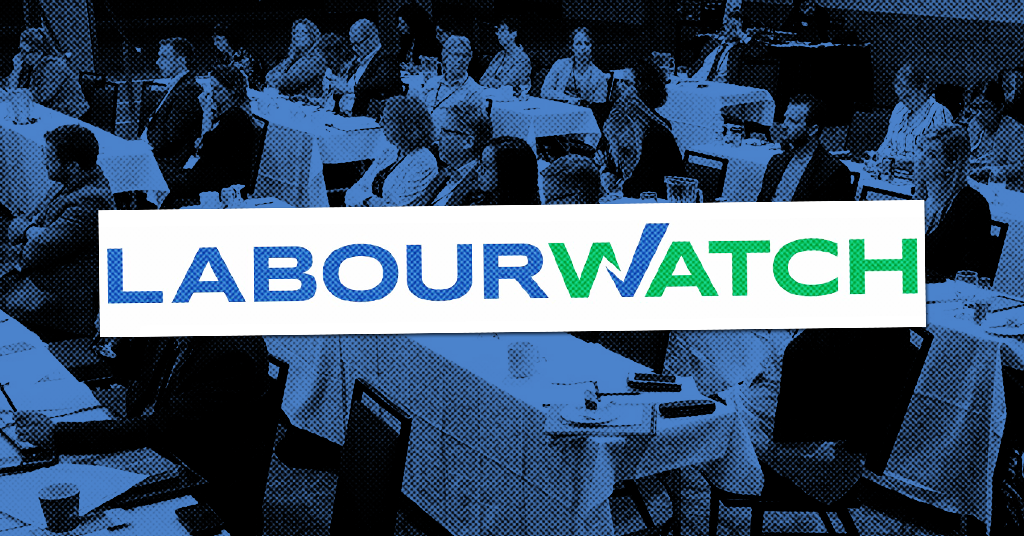 Corporate Canada received a frank warning from a top management-side lawyer about the state of labour relations in the province of British Columbia.

Keith Murray, a Vancouver-based lawyer with Mathews, Dinsdale & Clark LLP, told representatives from corporations like McDonald’s, the Hudson’s Bay Company and the Copper Mountain Mining Corp. that BC businesses need to “push back” against “pro-labour” legislation before their employees start unionizing their workplaces.

The lawyer was speaking at the “Positive Employee Relations” conference held at the Toronto Airport Hilton organized by the anti-union group LabourWatch.

Asked if he wished to clarify or add any additional context to his remarks, Murray declined comment to PressProgress.

“The business community doesn’t seem to have sort of grasped how significant some of these changes are,” Murray told the anti-union conference.

“There isn’t as much push back as there should be.”

Murray lamented that Andrew Wilkinson’s BC Liberal opposition just isn’t “getting a lot of traction” with voters, something he warned could lead to the BC NDP being a “two-term government.”

Unless Corporate Canada fights back against pro-labour legislation, Murray told the anti-union conference, it could “encourage the government to go further when they invariably introduce new legislation.” 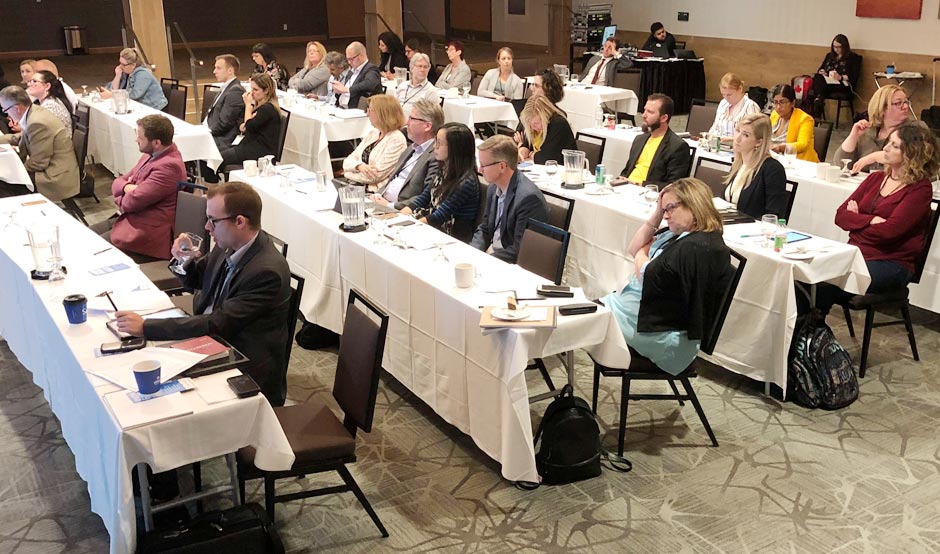 Representatives of Corporate Canada at LabourWatch2019

The lawyer encouraged big business to push back against stronger labour laws by working harder to prevent union drives, since remedial certification rules prevent employers from spreading anti-union propaganda once a certification campaign has already begun.

“My view is before the wolf is at the door, you can still say all the things that you could have said,” Murray told the anti-union conference.

“You’d prefer to remain union-free, point out some of the negatives of unions, the positives of the culture now.”

The management-side lawyer took aim at the BC government’s re-introduction of union successorship rights, measures designed to prevent “contract flipping” where companies lay off unionized workers on temporary contracts and re-hire them on a non-union contract at a lower wage — something that has been a significant problem for workers in BC’s health services and food services industries.

Murray also expressed concern other anti-labour measures introduced under former BC Liberal premier Gordon Campbell might be overturned, including ones that undermine the right of workers to unionize in situations where employers had illegally interfered with organizing efforts.

And the Labour Relations Board, Murray suggested, is not “unbiased” — implying the board unfairly sides with workers over management.

Murray recalled the sunnier days of the Campbell government when, he claimed, BC’s Labour Relations Board was more “cautious of imposing remedial certification.”

In fact, a 2016 report by the BC Federation of Labour noted the Labour Relations Board under the Campbell government failed to “award meaningful remedies when employers [were] found to have breached the law,” making the labour board “irrelevant and isolated from from the community it is supposed to serve.”

The report said Bill 18 and Bill 42, passed by the BC Liberals in 2002, also shifted the balance “away from employee freedom of association in favour of employer freedom of expression”:

“Employers could now communicate about “any matter,” not just in relation to their businesses. Their statements were no longer required to be “reasonable.” “Undue influence” was deleted, meaning this type of speech was now allowable.”

The Campbell government made other sweeping changes to BC’s labour code that relaxed child labour laws, tore up successorship rights and scrapped other protections for vulnerable workers.

The BC government’s most recent changes to the province’s labour code were the first changes since the old BC Liberal government gutted workers’ rights in 2002.